"It's like Black Friday": Drivers flock to PennDOT as more PA Counties move to yellow phase

PennDOT workers reminded everyone to practice social distancing as a long line grew outside its location on S. Queen Street in York Township 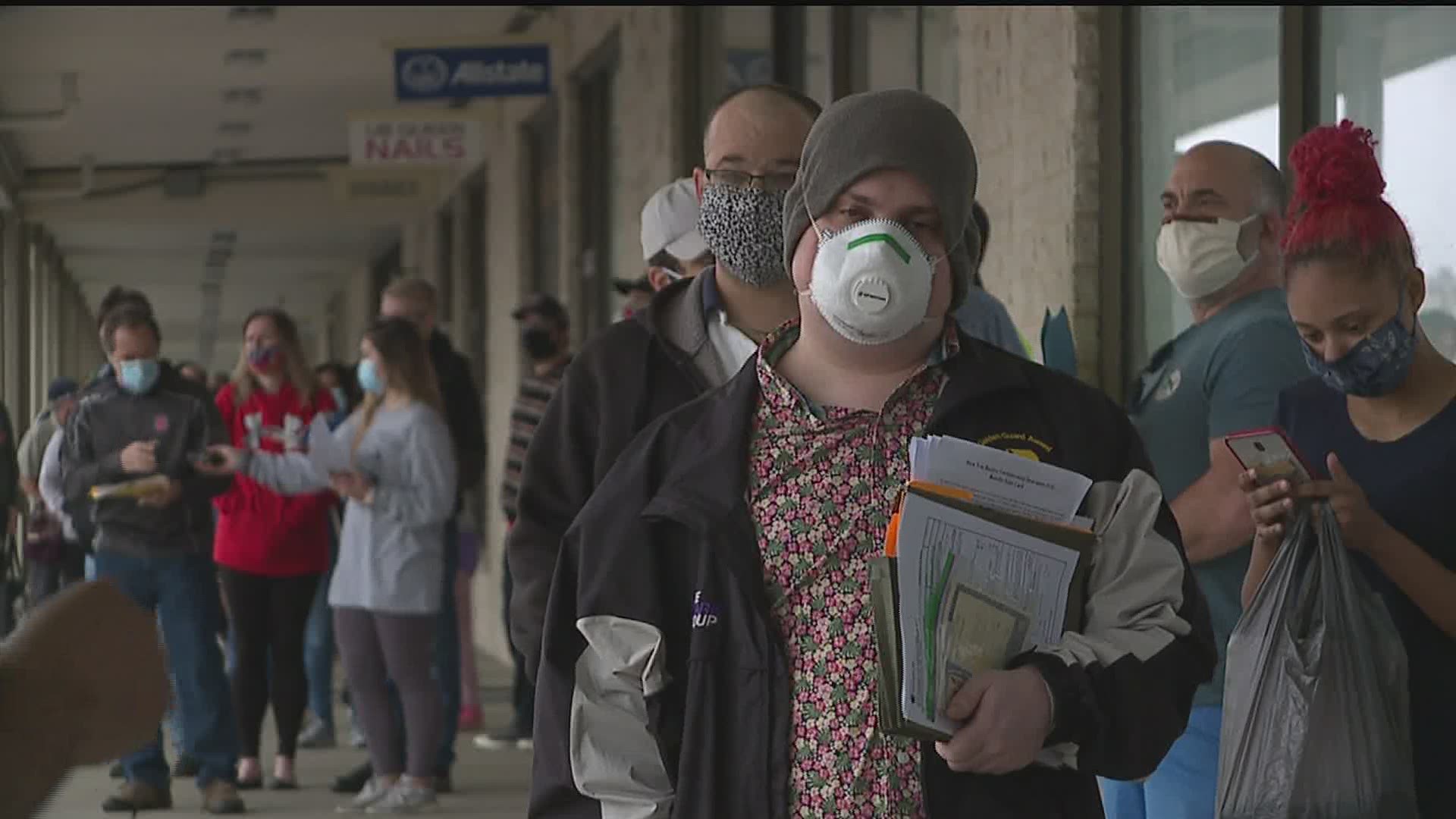 Eager drivers waited in line outside the doors of PennDOT as another batch of counties, including York County, moved to the yellow phase of reopening Friday in Pennsylvania.

"It's black friday," said Perry Sipe, who came to the South Queen Street location in York Township to help his son's girlfriend obtain an identification card.

RELATED: Here's what to expect as 12 more Pa. counties reopen ahead of Memorial Day weekend

Many in line for PennDOT services told FOX43 that they decided to wait in line because PennDOT offices are normally scheduled to be closed from May 23-25 due to Memorial Day,

PennDOT reminded everyone facing expirations between March 16-May 31 on permits, identification cards, licenses, inspections, and emissions that they have an extension to June 30.

RELATED: PennDOT to use existing photos for Driver License and Identification Card Renewals

Theresa Bragado drove nearly two hours from Glenside, Montgomery County which is still in the red phase to York County, which is in the yellow zone, to fix her license problems.

She said she recently moved from Massachusetts and needed to transfer her out of state license. Right before the shutdown, she said her car also broke down so she needed to buy a new vehicle.

Bragado said, she is also in need of her Pennsylvania driver's license because she experiencing a family emergency in Illinois and she is trying to get there "as fast as" she can.

"I'm really stuck here until I can get this done," said Bragado.

PennDOT workers focused on social distancing the crowds by spacing out people both inside and outside the doors.

"This is the last thing I wanted to see when I pulled up," said Jonthan Thomas, who is from Lancaster, as he looked over the line.