But it's going to look different for a while: Parishioners will sit six feet apart, there won't be hymnals, and church goers will receive communion after mass. 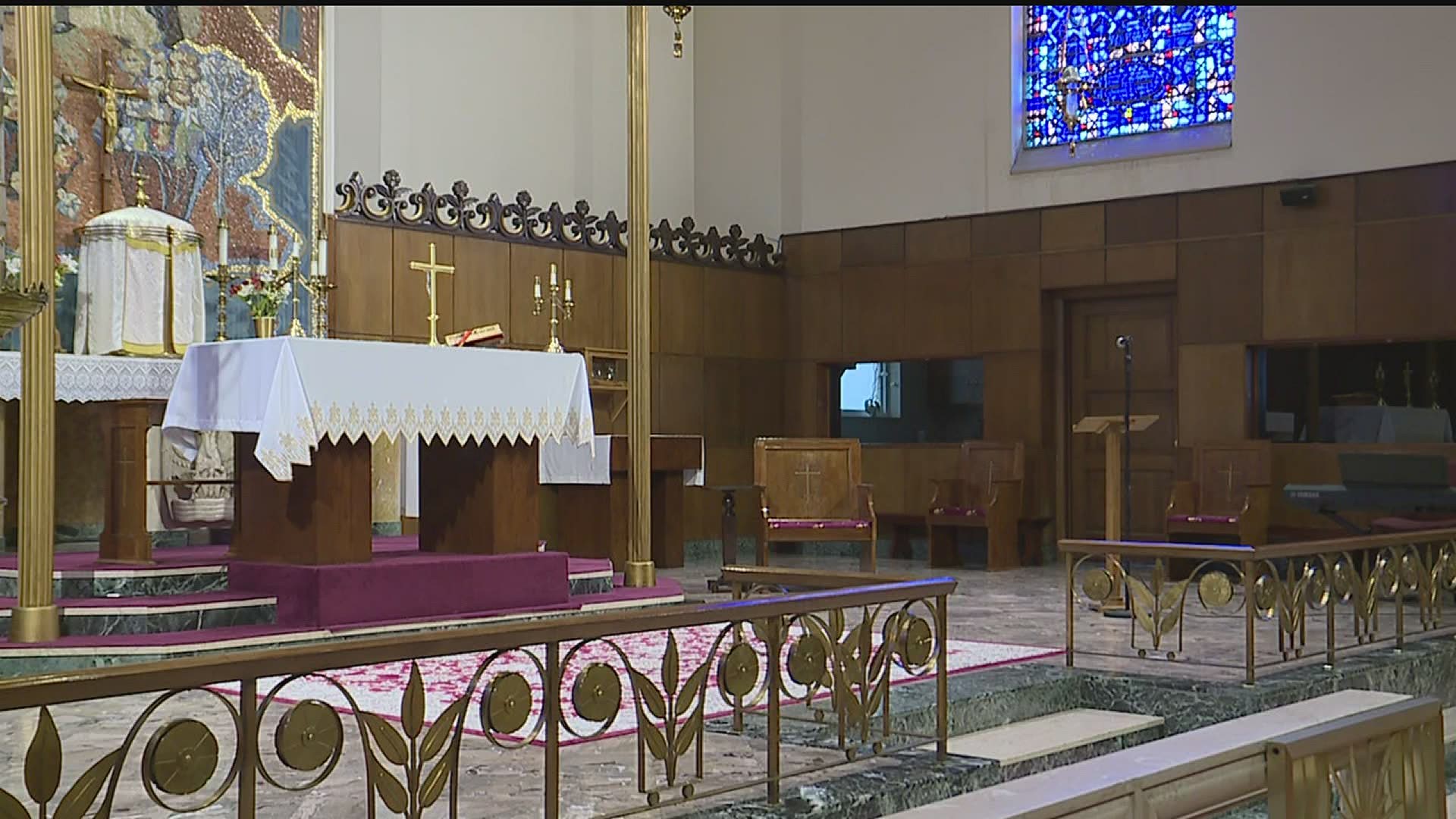 YORK, Pa. — Many people consider their faith essential but have not been able to worship in-person at church in over two months. That will soon change for people of faith in parts of Pennsylvania as Catholic churches in yellow counties begin hosting in-person mass for the first time since the COVID-19 health crisis began and halted life as we know it.

In-person mass in yellow counties starts May 31. In some other parts of Pennsylvania, it has already started. It’s a welcomed change, but pastors say mass won't be what it was before COVID-19 for quite some time.

“It's about finding that balance between giving people what they need and doing in a way that is going to be safe for everyxbody,” explained Father Daniel Richards of St. Rose of Lima in York.

Finding the balance means changing the way mass looks, at least for the time being. For one, Father Richards says church goers at St. Rose of Lima will have to sit six feet apart, parishioners must wear masks, confession may resume, with creative methods encouraged, and bibles and hymnals have already been removed and will be replaced with disposable handouts. There will also be extra cleaning throughout the church before and after services and in bathrooms, on door knobs, etc. The Diocese of Harrisburg put out these guidelines in an effort to prevent the spread of COVID-19. According to its website, it is adhering to the guidance set forth by Governor Tom Wolf and the Centers for Disease Control and Prevention.

“Our faith is essential, and even though, we can maintain a relationship with God and continue to be nourished by him apart from the church, you know, this is where we come to do that together and to receive the sacraments,” explained Father Richards.

Perhaps the biggest change is the distribution of holy communion which will take place after mass. It’s the only time parishioners are permitted to remove their masks. Father Richards says he will be wearing his during communion with sanitizer nearby.

“So that if I would say make contact with somebody's hand or even if somebody comes up and simply says you know they want me to, I can just reach over use the hand sanitizer before I continue on to the next person,” he explained.

Father Richards says the past two months have been trying times for many people of faith. He understands some may be reluctant to attend in-person mass which is why Bishop Ronald Gainer says it's still up to parishioners if they'd like to worship in-person or continue to watch mass online. You can view a list of all the parishes streaming masses on the Diocese of Harrisburg's website.

“It is going to be strange, and a lot of this is strange for everybody, and so, it's going to be just kind of accepting that this is the way it has to be right now and making the best of it, but yeah, certainly not something I ever anticipated having to do,” commented Father Richards.

Confession can once again resume; for St. Rose of Lima parishioners, Father Richards said that means confessing their sins outside.