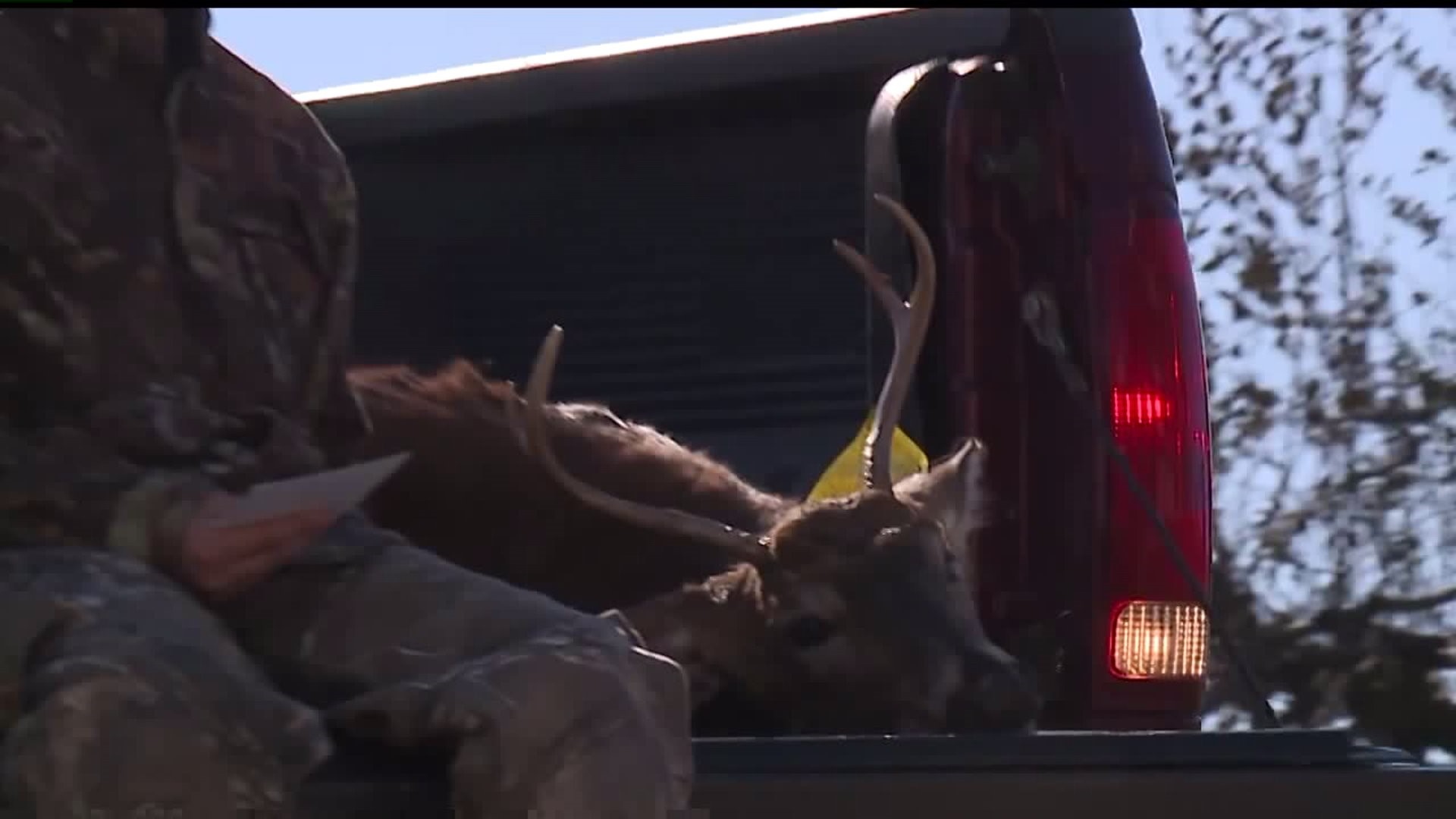 PENNSYLVANIA, USA — Editor's note: The above video is from the first day of deer hunting season in 2017.

Hunting and furtaker licenses for the 2021-22 season will go on sale June 14, according to a press release.

General hunting licenses as well as furtaker licenses cost $20.97 for Pennsylvania residents and $101.97 for nonresidents. Seniors aged 65 or older can purchase one-year licenses for $13.97, or lifetime licenses for $51.97. They can also purchase lifetime combination licenses that will allow them to both hunt and furtake.

The Pennsylvania hunting season starts July 1 and three additional hunting days have been added on Sundays: November 14, November 21, and November 28. Last year, those Sundays were only open for deer and bear hunting, but this year they are open for other species that are in season, except turkeys and migratory game birds.

A complete list of licensing requirements, as well as other updates to the hunting season, can be found here. You can purchase your license at that link as well.