Hundreds protest in Lancaster over the death of George Floyd

Organizers called the protest "We've had enough, time to stand." 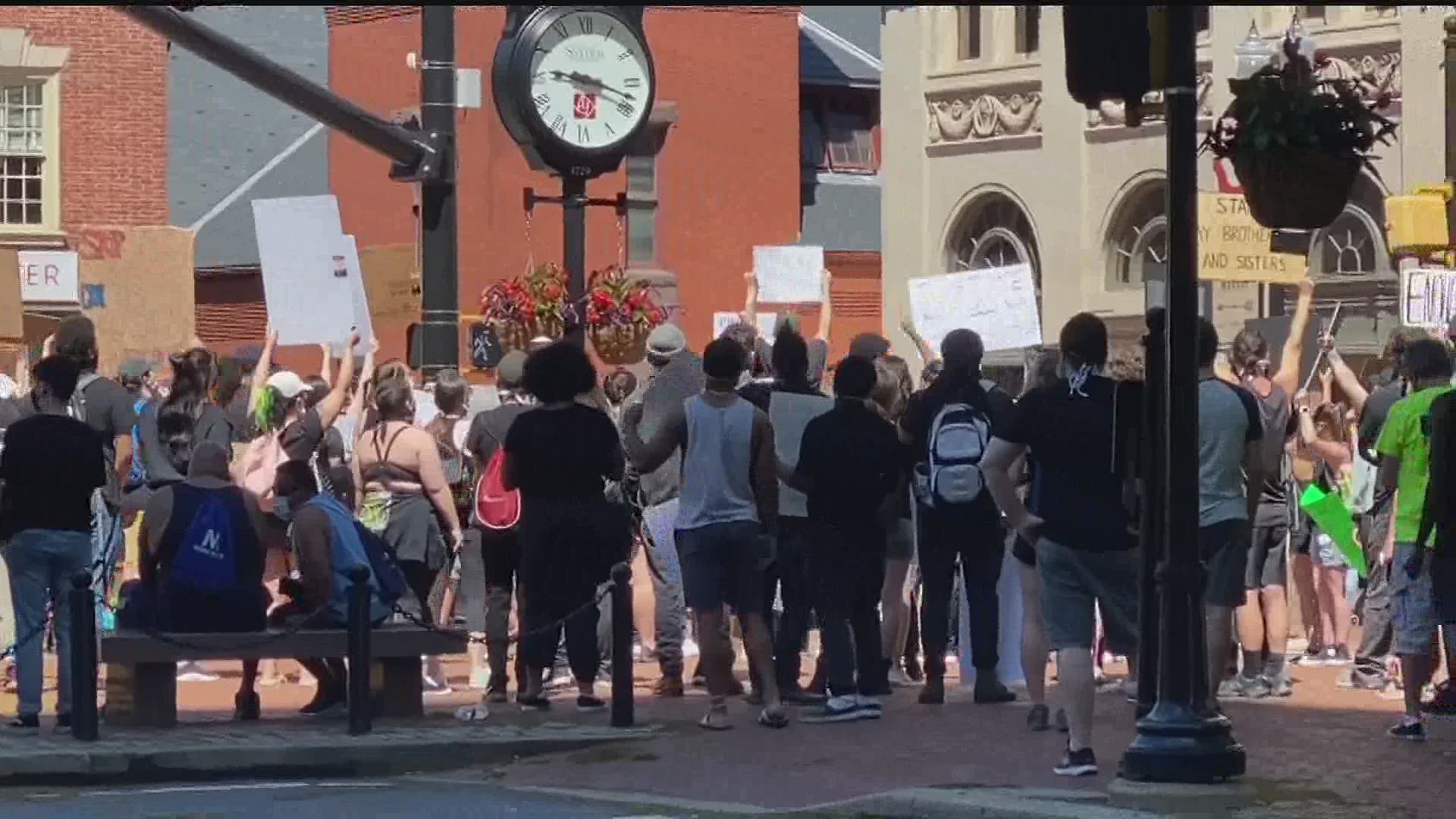 LANCASTER COUNTY, Pa. — Hundreds of people in Lancaster protested on Saturday morning in response to the death of George Floyd.

Organizers called the protest "We've had enough, time to stand."

The protest began at 11 a.m. and went on for several hours.

"As a filmmaker I know how valuable a story can be," Amir Marquise, protest organizer said. "So, my goal was to get people to gather and tell stories and show their frustration so people can get a clear view of how it's affecting their neighbors and friends."