HSFF ‘Game Of The Week’ Preview Gettysburg at York Suburban

With three weeks left in the regular season, there are huge games all over Central Pennsylvania Friday night. Some will have impact on the division title races.... 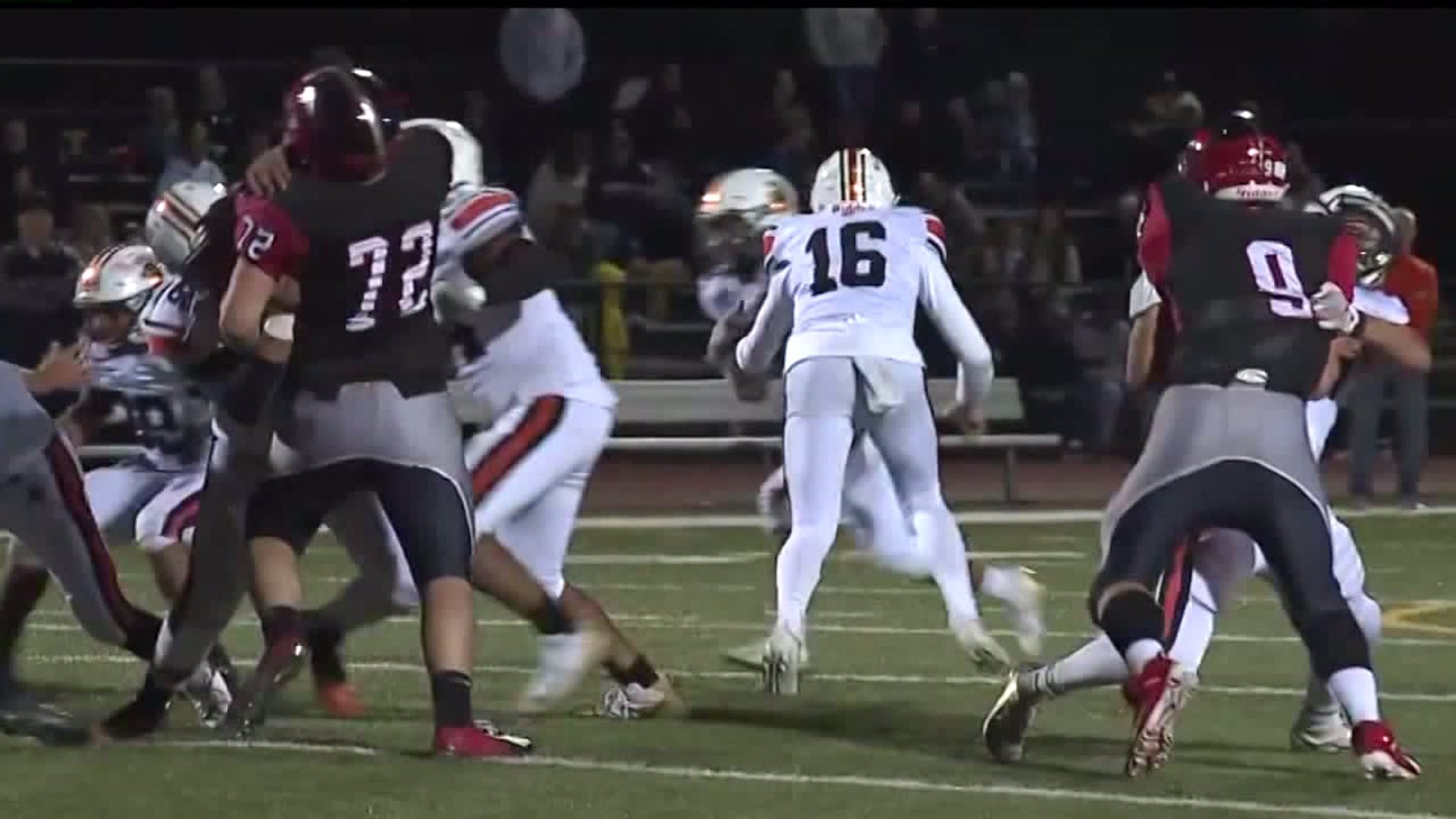 With three weeks left in the regular season, there are huge games all over Central Pennsylvania Friday night.

Some will have impact on the division title races. Others will affect positioning for the District 3 playoffs, which are now less than a month away.

Sole possession of first place in the YAIAA Division II title chase will be on the line Friday when the Warriors visit the Trojans.

While they enter the game with an unblemished record, the host Trojans (3-0) are a half-game behind Gettysburg (4-0) in the division standings because they've played one less league game than the Warriors. Suburban leads the York-Adams league in scoring offense (48.3 points per game) and total offense (418.8 yards per game), and has the league's third most-potent rushing attack (298.8 yards per game). Running back Savion Harrison is the league's second-ranked rusher, with 955 yards and 14 touchdowns on 112 carries. Quarterback Max Reinecker has only attempted 78 passes this season, but he's completed 43 of them, for 546 yards and five scores. Isaiah Pineda is Reinecker's top target, with 13 catches for 205 yards and four TDs. Suburban has outscored its opponents by an average margin of 29 points this season.

Gettysburg has won five in a row since suffering a 28-9 loss to Bishop McDevitt in Week 2. The Warriors have relied more on defense to get the job done; they rank fifth in the league in total yards allowed (248.5 per game) and fourth in points allowed (14.3 per game). Gettysburg is especially stingy against the run, yielding just 123 yards per game. Offensively, the Warriors rely on the 1-2 backfield punch of Charles Warren (66-600, 14 TDs) and Gunner Pennington (72-308). Warren is also the Warriors' leading receiver, with 11 catches for 217 yards. Quarterback Zach Ketterman has completed 29 of 62 passes for 443 yards and five scores.

This game will also have District 3 playoff implications in Class 4A, where both Suburban and Gettysburg currently rank in the top five in the power rankings used to determine the playoff field. The Trojans check in at No. 3, trailing first-place Berks Catholic (4-1) and No. 2 Susquehanna Township (6-1). Gettysburg is ranked fifth, with Milton Hershey (6-1) just a few decimals ahead. The top ten teams in Class 4A make the playoffs, and the top six teams receive first-round byes.