OTHER GAMES TO WATCH Cedar Crest (5-0) at Warwick (5-0) One of two showdowns between undefeated Section 1 teams on the docket this week, this game also features... 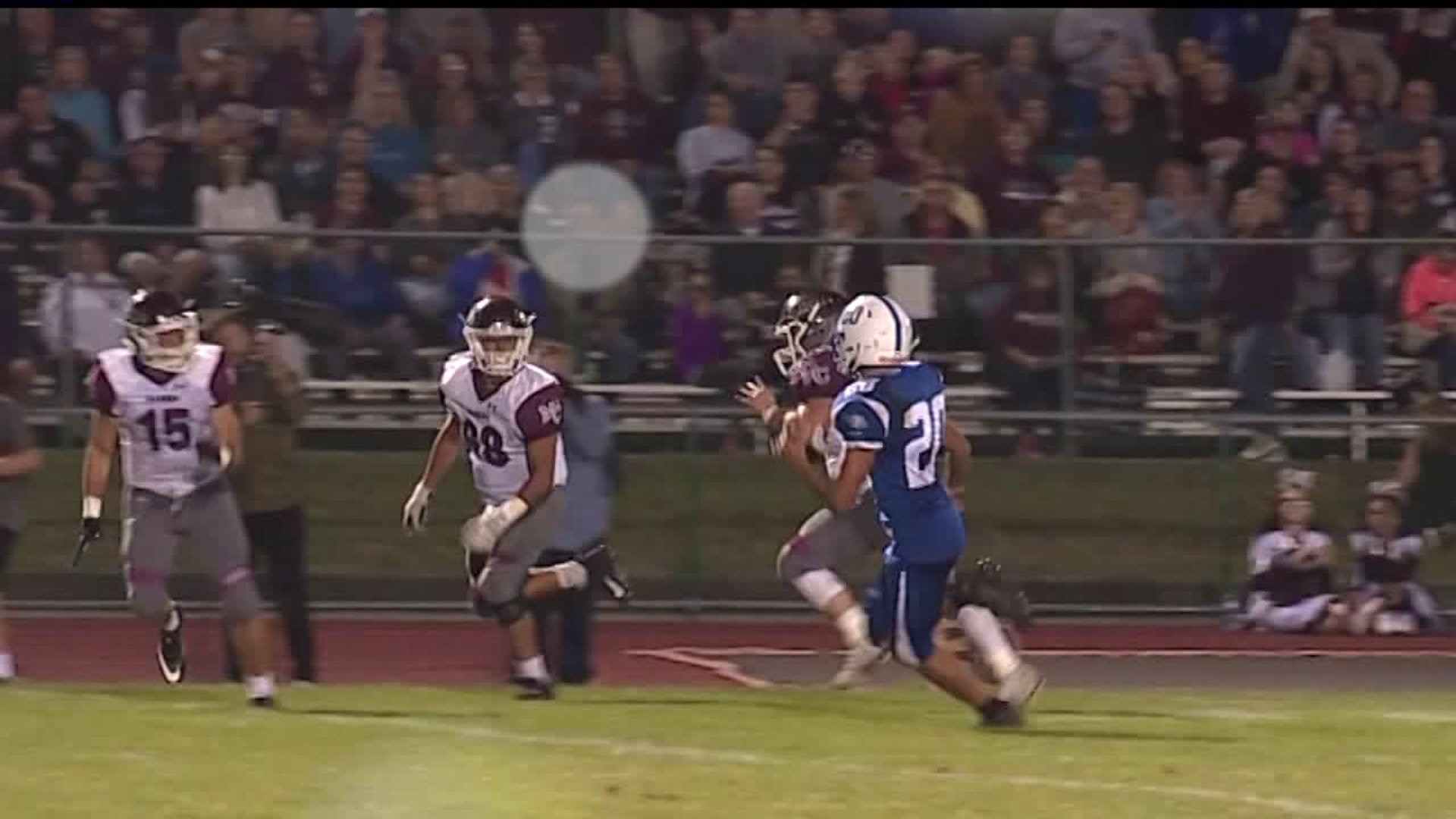 One of two showdowns between undefeated Section 1 teams on the docket this week, this game also features a battle between two of the league's top quarterbacks. The host Warriors will trot out senior Joey McCracken, who currently second in the league in passing yards (1,326) and first in passing TDs (18). McCracken's top two targets, Caleb Smitz and Conor Adams, are the top two receivers in Section 1, with 43 combined catches, 858 combined yards, and 14 total touchdowns. Warwick has put up a league-high average of 51.6 points per game this season, and has allowed a league-low 6.6

Cedar Crest has thrust itself into the middle of the section title conversation with its hot start, paced by quarterback Chris Danz, who has completed 45 of 82 passes for 849 yards and 10 touchdowns. The Falcons' offense has a little more balance than Warwick's; running back Tyler Cruz leads the league in rushing yards, with 842 on 132 attempts. His 10 rushing touchdowns are tied for second in the league.

Friday's second battle of Section 1 unbeatens features two of the three teams that split the section title last year. The host Bulldogs have the league's fourth-rated rushing attack, averaging 276.4 yards per game. Running back Avanti Lockhart is the workhorse, with 418 yards and seven touchdowns on 65 carries, but quarterback Kaleb Brown is a threat on the ground as well, with 384 yards and three scores on 50 attempts. Brown has also completed 44 of 67 pass attempts, for 654 yards, 11 TDs, and just one interception. It's been 56 years since the Bulldogs last had a non-winning season. They're one win away from wrapping up 44 straight years at .500 or above.

Manheim Township is the team that snapped Wilson's 68-game winning streak against Section 1 teams back in 2017, and the Blue Streaks have won two of their last three meetings with the Bulldogs. This year, the Streaks have relied on a stout defense, which has allowed a league-low 132 yards per game through five outings, and a balanced offense that ranks third in the league in yardage (429 yards per game). Princeton-bound quarterback Harrison Kirk has completed 62 of 96 passes for 939 yards and 10 touchdowns, while running back Jaden Floyd has 534 yards and seven TDs on 59 carries.

The host Panthers are one point away from being undefeated; a 13-12 loss to Cumberland Valley in Week 2 is their only blemish. They've ripped off three straight victories since then, including a 43-7 drubbing of New Oxford last week. Central York QB Beau Pribula guides an offense that leads the York-Adams League in scoring (40.8 points per game), though it ranks in the middle of the pack in yardage (278.6 per game). Pribula has completed 26 of 54 passes for 386 yards and three touchdowns. RB Imeire Manigault has racked up 357 yards and five TDs on 40 carries.

South Western has won three in a row since opening the season with back-to-back losses. The Mustangs survived a 17-14 nail-biter with Red Lion last week. They've also beaten Carlisle (27-14) and Dallastown (21-7). So far, defense has carried the Mustangs, who lead the league in yards allowed (197.8 per game) and rank second in points allowed (13.2 per game). RB Tyler Higdon (40-391, four touchdowns) is one of the Mustangs' primary weapons on offense.

The host Indians are tied with Cedar Cliff for first place in the Mid-Penn Keystone Division race, a half-game up on the surging Wildcats, who have won four in a row, including last week's 35-7 rout of previously unbeaten West Perry in the Frenzy Game of the Week. Hanna has also won four in a row after its season-opening loss at Manheim Central, including a 27-19 triumph over Hershey last week. The Indians have playmakers in quarterback Rahsaan Carlton, Jacob Seigle, and Stevie Graves III, and a mammoth Penn State commit in Fatorma Mulbah to anchor the defense.

Mechanicsburg made a huge statement with last week's win over West Perry, rolling to a 20-0 lead at halftime in a dominant performance. Junior quarterback Micah Brubaker was a force for the Wildcats, racking up 151 passing yards, 87 rush yards, and three total touchdowns in the blowout win. The Mechanicsburg defense held West Perry star QB Kerryon Johnson to 29 rushing yards and just 117 yards through the air. The Mercy Rule was in effect before the Mustangs cracked the scoreboard with a late third quarter touchdown.