YORK, York County, Pa. — The Fighting Irish of York Catholic hosted the Squires of Delone Catholic Friday night. With two and a half minutes left in the f... 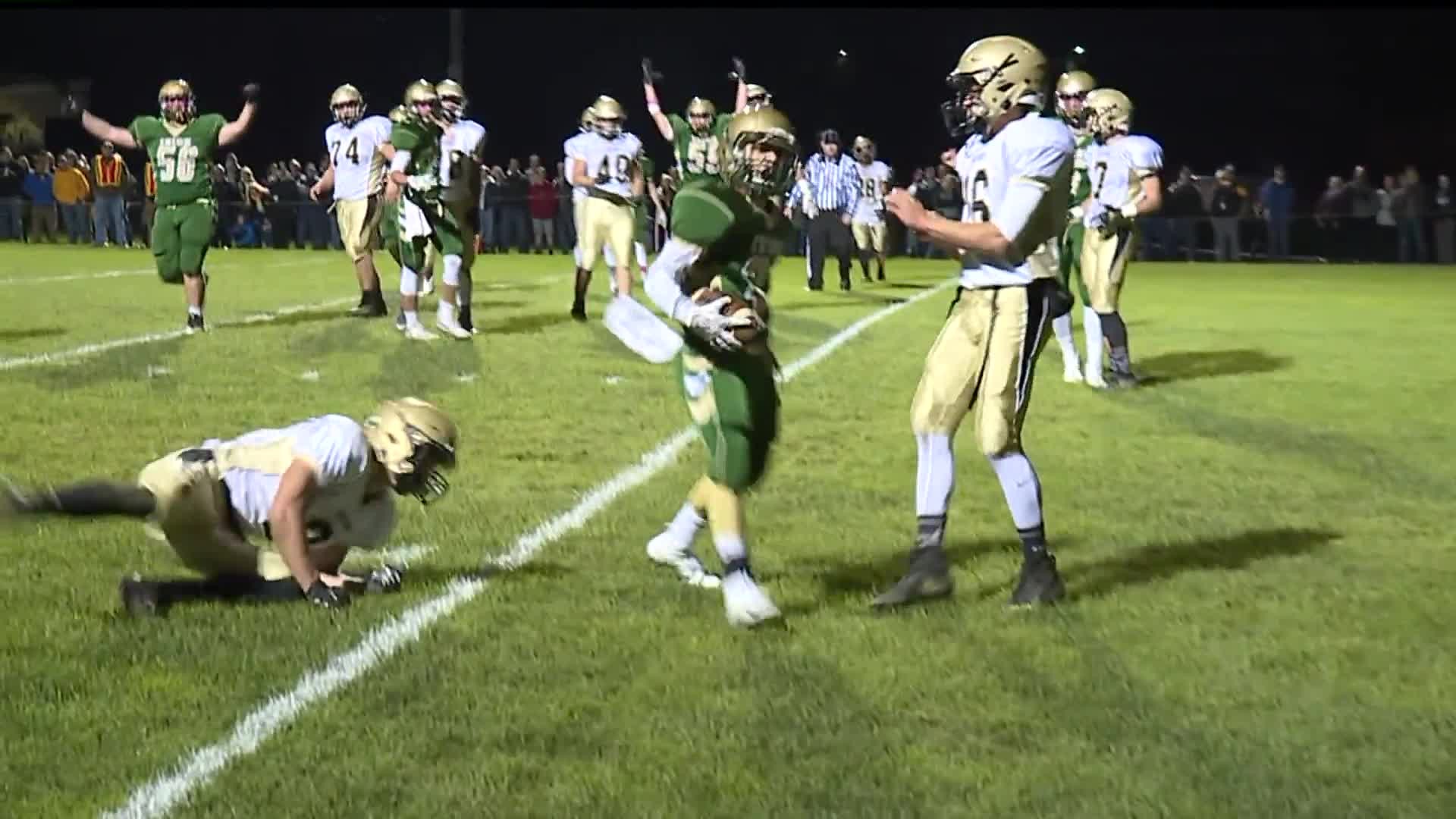 With two and a half minutes left in the first, and the ball on the 42-yard line, Cole Witman ran untouched up the middle of the field for the first touchdown of the game. The extra point was no good, however. The score put York Catholic up 6-0.

York Catholic found the endzone again, this time with just under eight minutes to go in the second quarter. Mitchell Galentine ran it in for the Fighting Irish. The two -point conversion by Manuel Montes was good, extending York Catholic's lead to 14 points.

The Squires began a comeback attempt on the very next drive. On their first play of the next drive, Evan Brady handed off to Logan Brown, whose big gain put the Squires in position to score. A few plays later, Brady rolled to the right and found Brown again, this time through the air, to finish off the drive. The score  had the Squires down only seven, at 14-7.

On the first play of York Catholic's next drive, Cole Witman bounced a run outside and broke it off for a huge 60-yard gain.

But York Catholic still managed to extend its lead before halftime. Delone Catholic was trying to fight back before the end of the half, but an interception by York Catholic's defense lead to a Fighting Irish touchdown, making it 28-7 at halftime.

The last score of the game came with just four minutes left in the game. Witman again reached the endzone for York Catholic, sealing the win.

York Catholic is aiming to reach a 10-0 record next week.  That hasn't been done in 44 years.