OTHER GAMES TO WATCH Warwick (2-0) at Manheim Central (2-0) The Warriors have the look of a legitimate contender in Section 1 of the Lancaster-Lebanon League th... 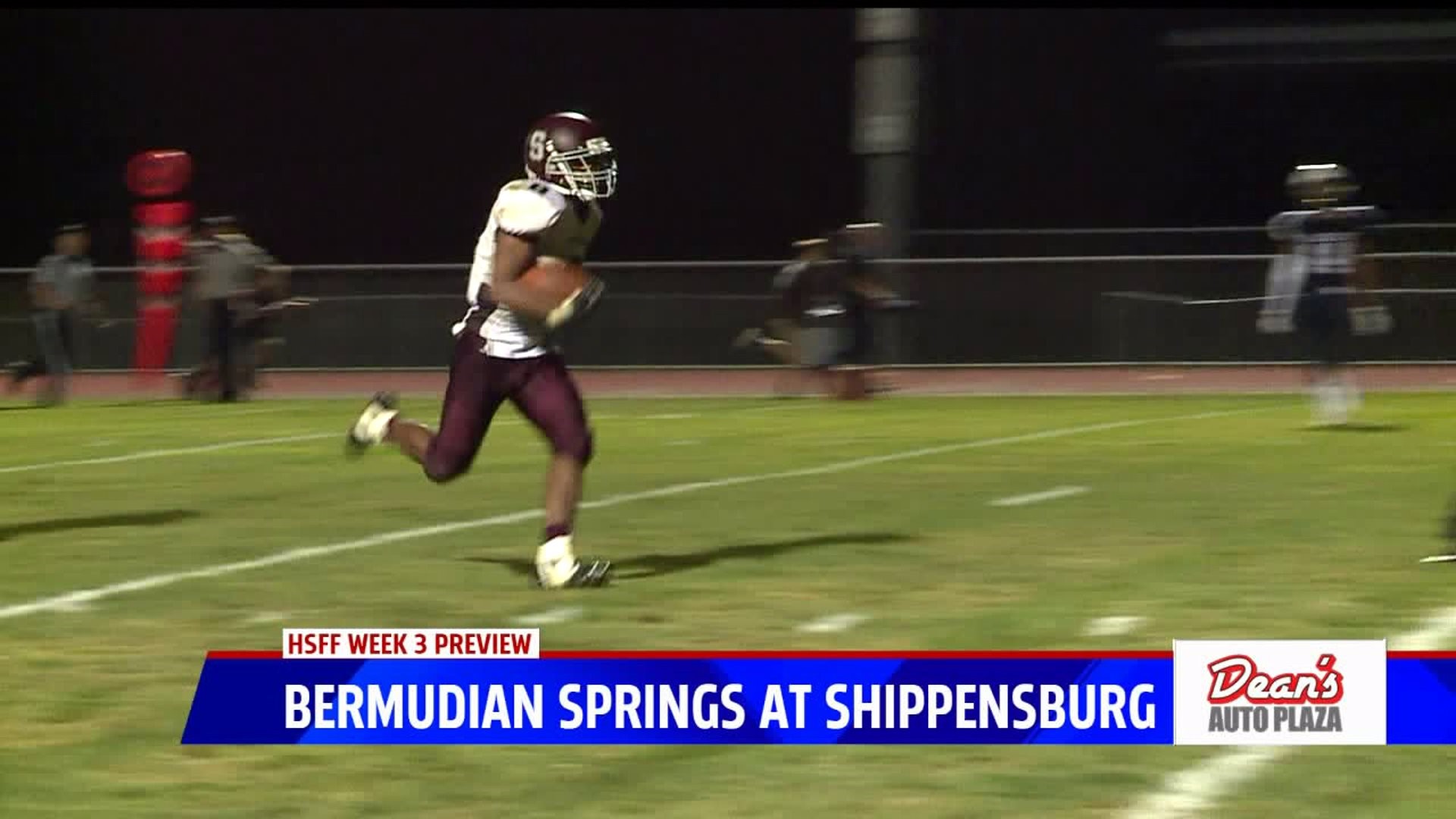 The Warriors have the look of a legitimate contender in Section 1 of the Lancaster-Lebanon League this season, having outscored its first two opponents by a combined margin of 125-6. Quarterback Adam Ricketts has completed a whopping 85 percent of his passes (17 of 20) for 414 yards and four touchdowns in his first two games, while top targets Trey Glass (7-293, four TDs) and Hayden Rucci (5-138, TD) have run wild in two games cut short by the Mercy Rule. Meanwhile, running back Nick Fucci has found the end zone seven times for the Warriors. Warwick is rolling.

But they’ll have their hands full with perennial District 3 title contender Manheim Central, which is off to a red-hot start itself. The Barons throttled Susquehanna Township 44-0 in their season opener, and knocked off Hempfield 28-7 last week, rolling behind quarterback Evan Simon (14-for-23, 300 yards, 3 TDs, 0 INT), running back Tyler Flick (43-247, 5 TDs) and their traditionally dominant defense (173.5 yards allowed per game).

It’s a battle between unbeaten Capital and Keystone Division contenders as the Crusaders roll into Middletown. McDevitt knocked off Cumberland Valley 48-21 in Week 1 and won a shootout with Gettysburg (48-35) last week. The Crusader offense is rolling behind QB Chase Diehl, who has 634 yards and eight touchdowns (no picks) on 31-of-46 passing. Top target Nazir Burnett, a Syracuse recruit, has 18 catches for 392 yards and five scores in his first two games. McDevitt is averaging a ridiculous 612 yards of offense per game.

Middletown doesn’t have McDevitt’s gaudy stats, but the Blue Raiders unblemished record is exactly the same. They rode the 1-2 punch of running backs Jose Lopez (41-342, four TDs) and Richie Sikes (24-220, TD) and some timely passing from quarterback Scott Ash (14-for-23, 251 yards, three TDs, one INT) to victories over Lower Dauphin and Northern York. It’s safe to say that McDevitt is the best team Middletown has bumped into so far, though.

The Falcons followed up their 42-19 blowout win over arch-rival Lebanon in the Cedar Bowl with a 28-14 triumph at Hershey last week. QB Logan Horn is emerging as one of the L-L League’s top dual threats; he’s completed 23 of 30 passes for 338 yards and three TDs and added 124 yards and two scores on the ground. Cedar Crest has outgained its first two opponents 718-437 in total yards.

York is off to another fast start; the Bearcats have outscored their first two foes, Reading and McCaskey, by a combined 118-16. Quarterback Seth Bernstein went on a tear against McCaskey last week, connecting for touchdowns on three of his four pass attempts and racking up 175 yards through the air. Bernstein also added two TDs on the ground. In Week 1, it was Rob Rideout and Dayjure Stewart who came up big for York; Rideout had 111 yards and a touchdown on three carries, a 36-yard TD catch and a 21-yard interception return for a score, while Stewart rushed for 258 yards and two scores and hauled in a 68-yard TD reception.

Another battle of unbeatens in York County. Eastern stomped its cross-river rival Columbia 41-13 in its season opener and blasted Hanover 47-21 last week. Quarterback Trevor Seitz had a huge game against Hanover, with 296 passing yards and five touchdowns on 10-of-11 passing. Seitz has eight touchdown tosses in his first two starts for the Golden Knights.

Littlestown survived a shootout with Boiling Springs in its season opener, hanging on for a 35-29 victory, then followed it up with last week’s 29-14 victory over Susquehannock. The Thunderbolts have racked up 764 yards of offense in their first two games. Quarterback Jakob Lane has completed 31 of 54 passes for 458 yards and four touchdowns for the Bolts.