The Lebanon Area Fair runs through tomorrow. With no rides or games, organizers are trying to end the fair with a familiar boom -- a socially distant firework show. 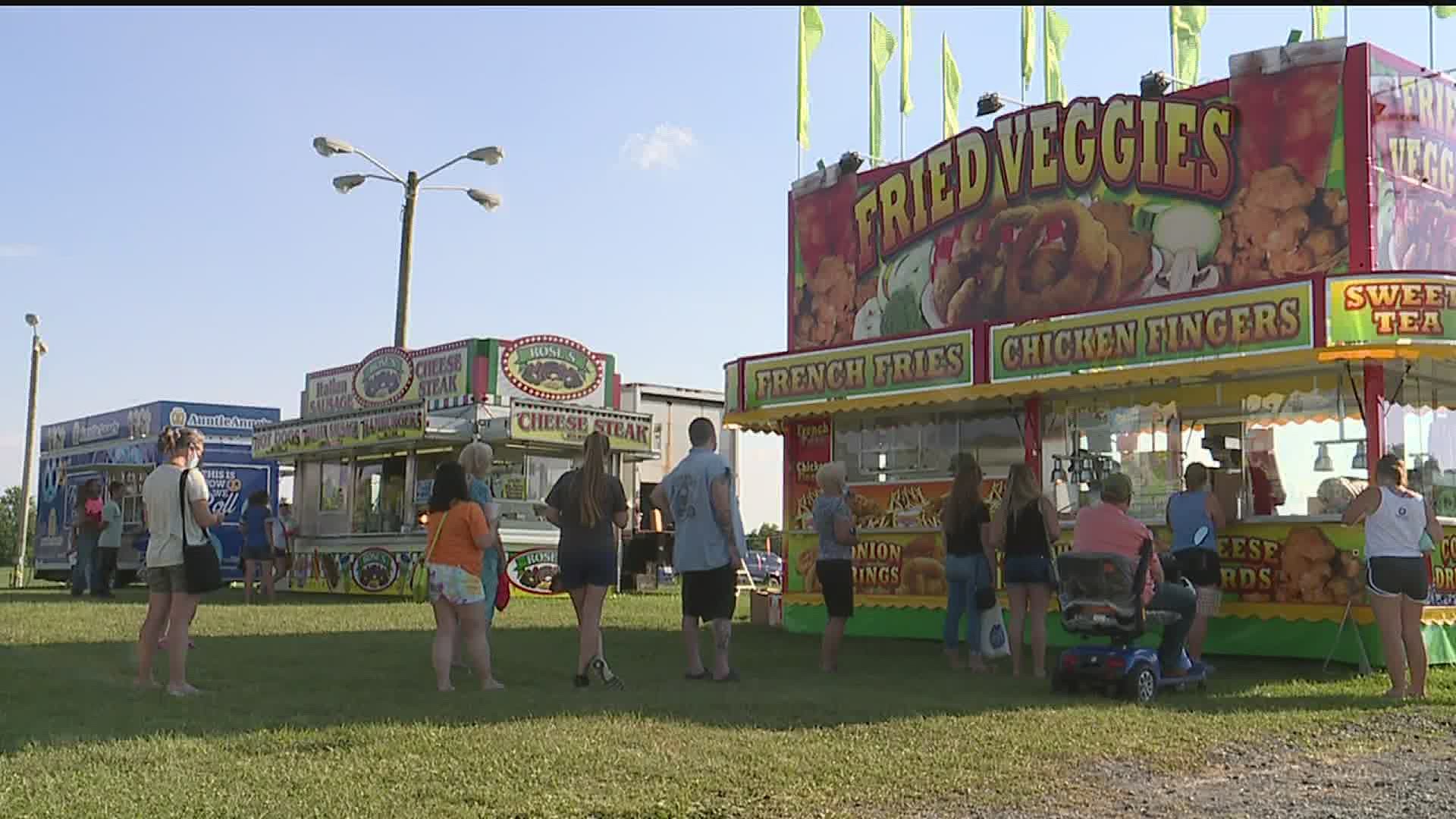 LEBANON, Pa. — It's another year of the Lebanon Area Fair. This year, though, it doesn't look much like the fair people know and love.

There are no rides, no games, and barely a crowd Friday night.

"The track you see over the hill would be completely packed full, grandstands ready for people to watch the tough trucks, lines of cars on the road, people waiting to get in, and the parking lots would be stuffed," described Emily Summey, a spokesperson and Lebanon Area Fair board member.

The only thing that may be stuffed is people's bellies with fair food from one of the food stands on the grounds.

"We got over the heartbreak stage a few months ago," responded Summey when asked about what it feels like to run the fair this year.

COVID-19 is like the breakup causing that heartbreak -- physically separating fair goers as they practice social distancing and wear their masks and people from the fun they're accustomed to having this time of year.

"It's a nightmare just trying to follow everything and making sure you're doing everything correctly and safely," said Alycia Benner, a food vendor.

"It certainly had its negatives - being away all summer and I missed my friends, but it was awesome," said Benner when asked about growing up at fairs. "I learned so much growing up. My mom always tells people I could give change for $20 bill when I was just four-years-old."

Despite all the changes this year, Benner says she is making a profit.

"The people have come out and really supported us, and we really appreciate that," she said with a smile. "It helps us, it helps the fair, and it makes everyone feel a little joy."

Believe it or not, the fair is making one too.

"We went into this not planning to make any money," added Summey. "If we could break even and provide a solid experience for the youth and community, that was our goal. Thanks to the generosity of our sponsors, we're going to be okay. We're ready to start planning for next year for a completely normal fair, we hope."

The fair allowed students to show their animals this year. However, those people taking part couldn't camp and stay the entire fair week like they have in years past.

It also limited the number of people on the grounds to less than 250 and required fair goers to wear masks -- to abide by the state's order.

The Lebanon Area Fair is trying to go out with a bang Saturday night. When the lights go out, the fireworks will go up. People are encouraged to watch the fireworks show from their cars. Abiding by drive-in guidelines, if people remain in or beside their vehicles, Summey says there can be over 250 people who watch the show.