In total, volunteers put more than 2,700 hours into the home in Ephrata which a fire significantly damaged two years ago. 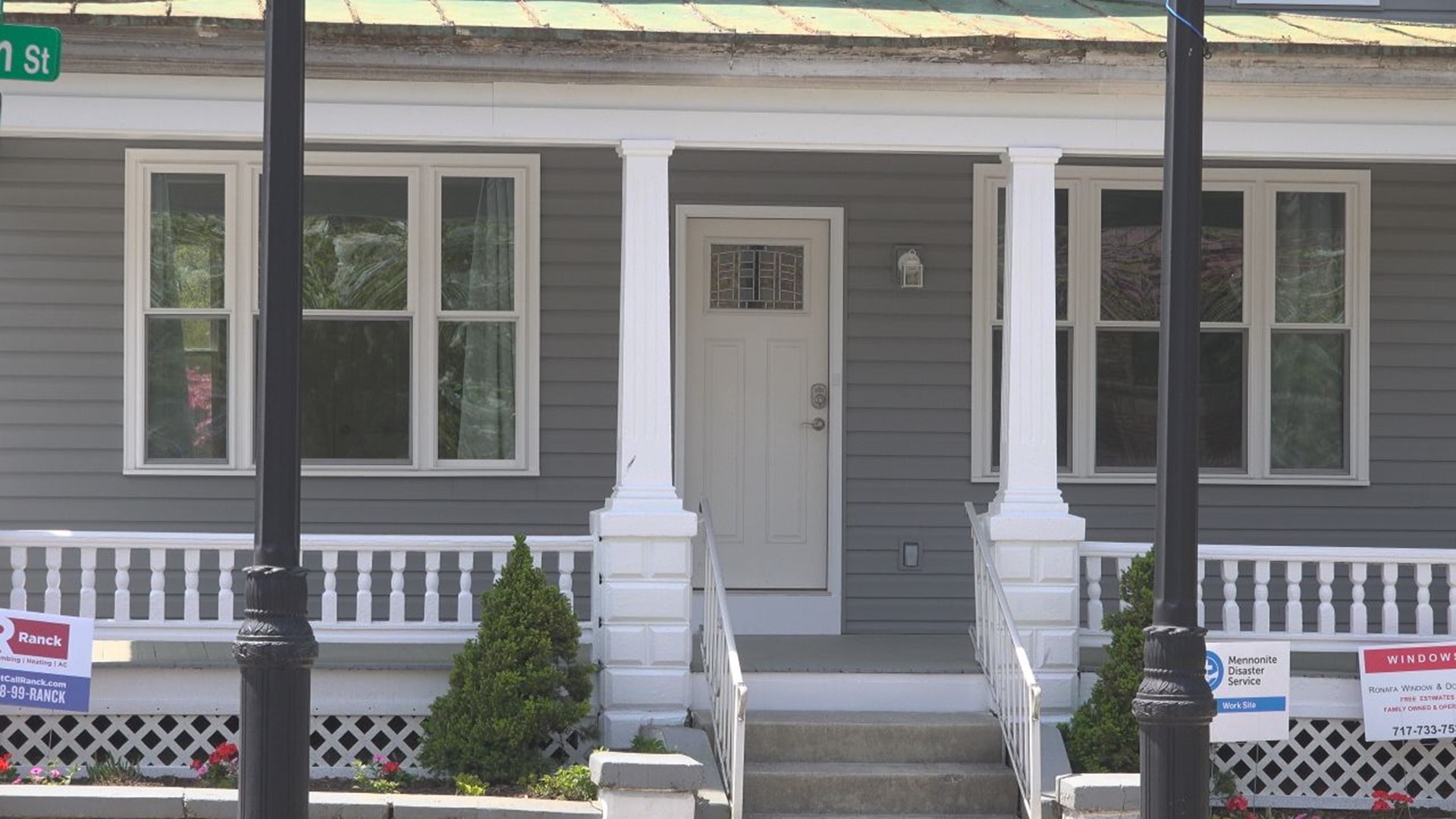 LANCASTER COUNTY, Pa. — In Lancaster County, an apartment building is nearly restored after a fire caused significant damage to it two years ago.

Now, people involved in the restoration say as the building gets its second chance so will some families who live in it.

The home, located at the corner of Main and Maple Streets, was once called an eyesore.

"It was very ugly for a long time," said neighbor Dylan Binkley. "Now, it looks like the best one on the block now."

After two years vacant, the home is now fit for two families.

"It was real early in the morning, and we heard screaming and yelling, and we helped them get out," explained Binkley.

Neighbors say an accidental fire inside at the time caused significant damage and displaced two people who were already experiencing homelessness.

"The firemen went through the whole house and tried to get the fire out and so it damaged the whole entire structure," said Larry Stoner, who works with Mennonite Disaster Service.

Stoner says it took volunteers eight months to get the house into this shape: not only restored but in better shape than before the fire. It has a new roof, siding, windows, and plumbing.

"It also has an all new heating system," explained Stoner. "Now, it's also insulated, before there was no insulation in the walls."

MDS stepped in after the home's owner Holy Trinity Lutheran Church called. The church requested volunteers for the ministry Homes of Hope.

"It is for mothers and children and those who are homeless," added Stoner.

In total, volunteers put in more than 2,700 manhours. Contractors donated thousands of dollars in labor and materials. As for why? Stoner says that's a no brainer.

"What people need is a helping hand, and that's what Homes of Hope... helping them to get out of their current crisis situation and get into a safe, comfortable place to stay for several months," said Stoner.

The families are not yet living in the home. Stoner says some more roof work needs to be completed on the deck.