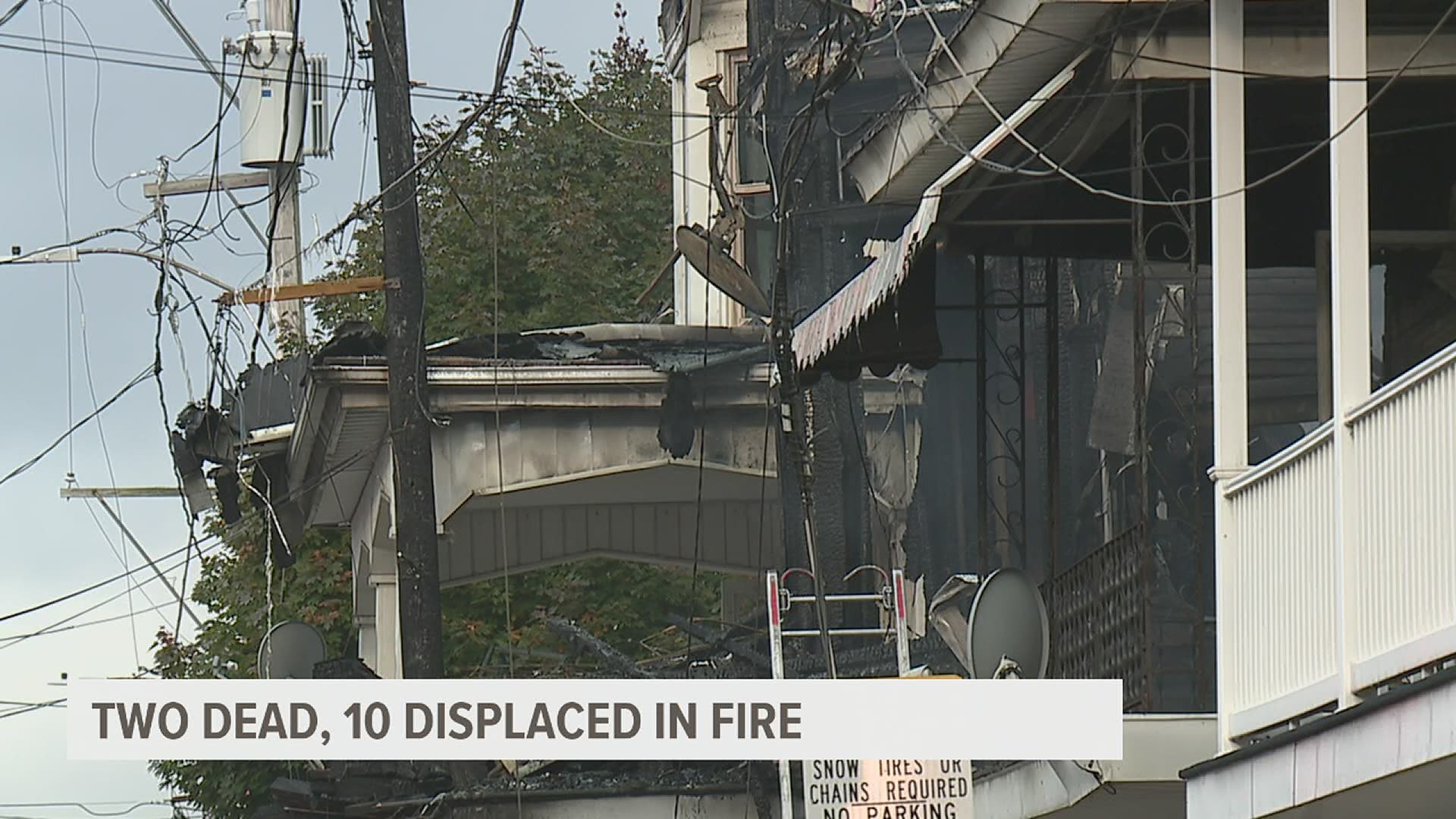 WILLIAMSTOWN, Pa. — Two people are dead and 10 others have been displaced as the result of a house fire that affected three homes in Williamstown, Dauphin County.

According to emergency dispatch, the flames broke out around 2:20 a.m. on September 29 in the 100 block of E. Market St. in Williamstown.

"The whole front of the house was engulfed in flames," said Timothy Seiler, who lives a few houses down from the fire scene. Seiler was awakened to the commotion and said he ran outside to find out what was going on.

"As soon as we opened the door, the heat blasted straight in. It was so hot," he said. Seiler pulled out his phone to film the flames as he said fire fighters were pulling up on the street.

Police said the fire sparked at a middle home and it spread to the home on either side of it.

"The wires were popping and cracking really loud," said Seiler, who said the back of the house was also engulfed in flames.

Volunteers are assisting 4 adults and 6 children with clothing, food, and temporary lodging following a fire that occurred overnight that affected multiple homes on the 100 block of East Market Street in Williamstown (Dauphin County).

Police say that two people were unable to get out during the fire, and two bodies were located in the debris around 11:15 am.

Authorities have identified Logan Mitchell, 18, as one of the deceased. Police say that the other body was that of a 17-year-old girl, but she has not been identified at this time.

Over ten volunteer fire departments, fire police, and Red Cross all assisted at the scene.

The cause of the fire is still under investigation.