From homeless to hero: How a beagle puppy found his new family among Susquehanna Twp Police

Police found the puppy on Elmerton Avenue last month. He had been wearing a collar, but no one ever reached out with reports of a missing dog. 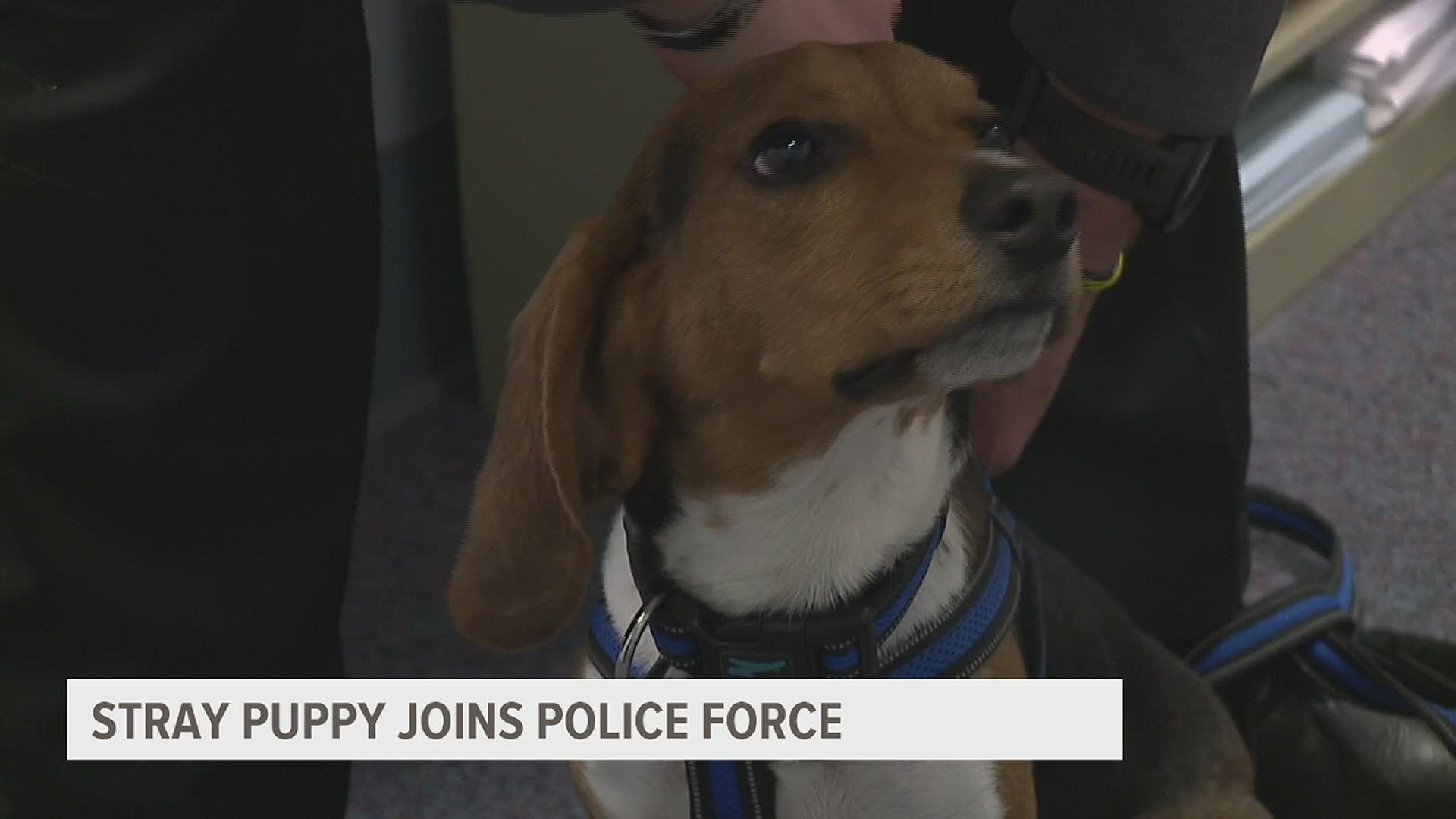 DAUPHIN COUNTY, Pa. — The Susquehanna Township Police Department has a new officer on duty and he is sure to melt your heart.

On October 15, Auggie the beagle officially reported for duty at the police station. Officers found the puppy on September 5 near the Dauphin County Community Gardens on Elmerton Avenue. He had been wearing a collar, but no one reached out with reports of a missing dog.

Police brought Auggie to the Humane Society of Harrisburg Area. One month had passed and no one claimed the puppy.

Corporal Tim Rogers suggested the department take Auggie in as one of their own. Instead of training Auggie to be a tough K-9, he will be the official friendly face of the station.

The Susquehanna Township Police Department has a new officer on duty and he is sure to melt your heart. Stick around after the first game of the #WorldSeries to meet Auggie the beagle. 😉 @fox43 pic.twitter.com/sFthsq7K8t

Auggie eats and sleeps at the station, with officers collectively caring for the young pup.

“We’re still getting used to having him here,” explained Officer Tim Parrey. “Having him as a member of the family, knowing his needs, when he needs to go out, when he needs to stay in, the kind of exercise he needs and everything in between.”

Auggie is lovable, curious and pensive. Police hope he will make them a bit more approachable to the general public. Though Susquehanna Township Police Officers believe they rescued Auggie, it is clear that he is the one who is saving them.

“If officers are coming off night shift and starting their day shift rotation, we might come in tired and quiet but as soon as we see Auggie, it changes the whole vibe in the department,” Officer Caroline Robinson said. “We immediately get a smile on our face and he’s all energetic and happy to see us, which brings some energy to us and definitely has a positive impact on our department.”

Auggie will be providing emotional support not only to officers, but to anyone who visits the police station.

RELATED: 'Miles for Mutts' event coming to Lancaster this weekend to raise money for animals in need of emergency care