The Civic Club of Harrisburg tries to recover from recent vandalism

The club's president says someone stole their air conditioner and caused extensive damage. 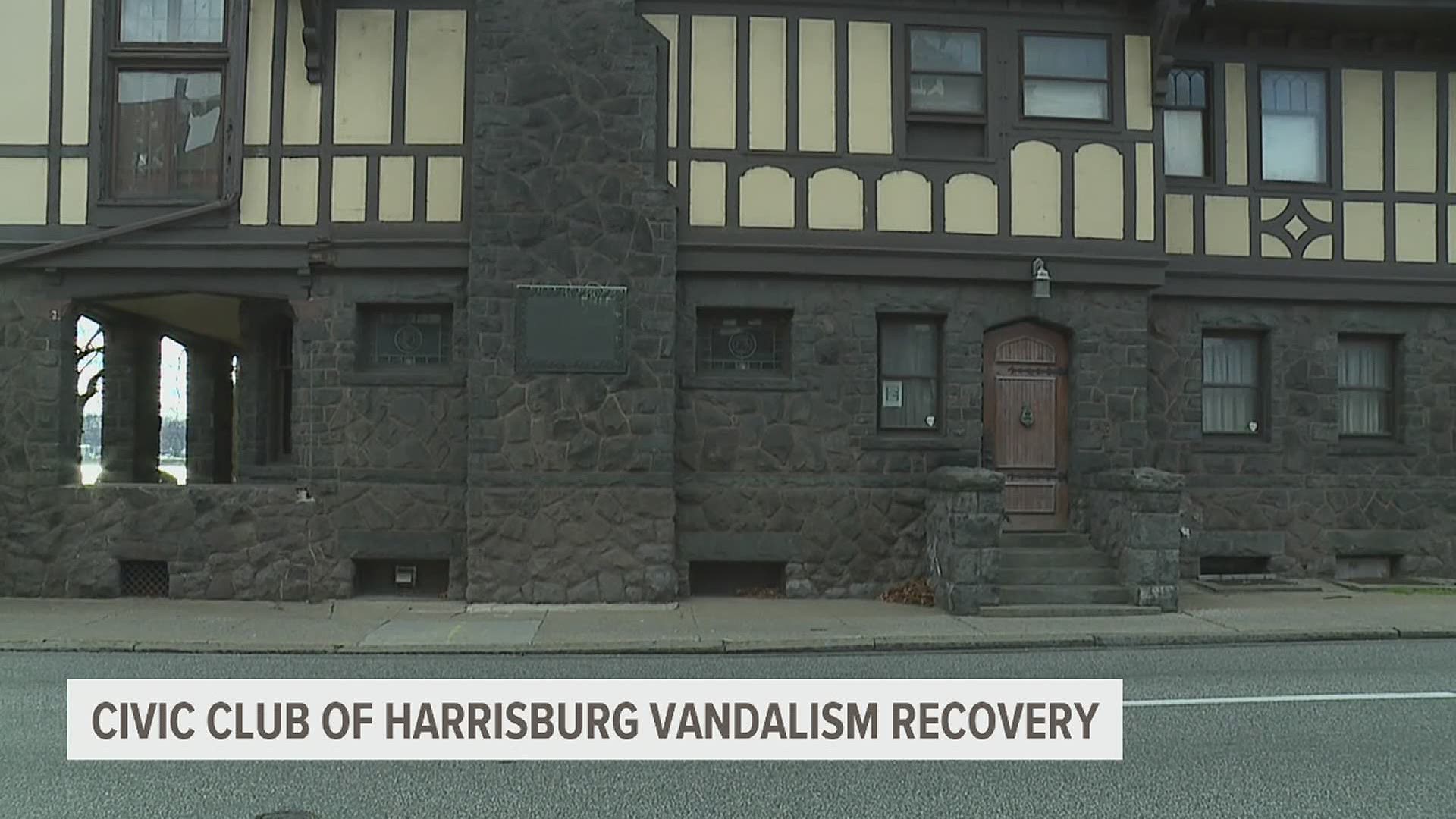 HARRISBURG, Pa. — A historic building in Harrisburg had recent vandalism.

The Civic Club of Harrisburg worked to pick up the pieces after vandalism at the property in December.

The club's president says someone stole their air conditioner and caused extensive damage.

The club is now replacing the unit, repairing damage, and applying for security grants to improve the site.

The club's effort to improve the historic landmark is in part to beautify the city.

"When you first come to this city, when you cross the bridge, what do you see? You see this building. So it's a keystone, it's a focal point for the city of Harrisburg," said club president, Mary Beth Lehtimaki, "If it's all broken down and not taken care of, what do people think of the city?"

If you would like to donate to the Club's Vandalism Relief Fund or obtain more information about the club, please email President Lehtimaki at civicbro612@yahoo.com.