Henry County Sheriff Reginald Scandrett made the announcement on Tuesday. 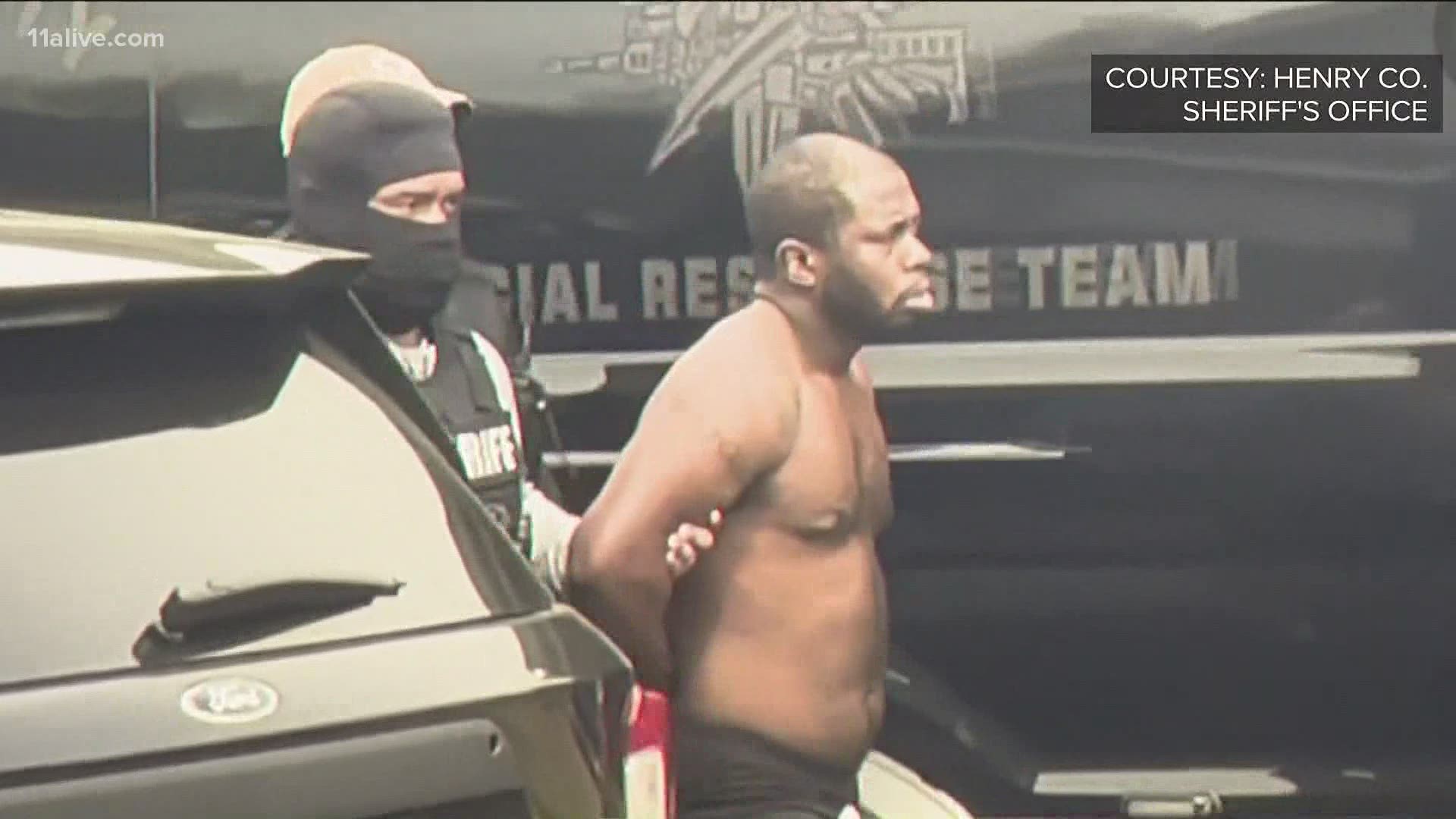 HENRY COUNTY, Ga. — The Henry County sheriff said the community can sleep better tonight knowing that the man who authorities believe is behind a "heinous crime" is now in custody.

Sheriff Reginald Scandrett said during a news conference Tuesday that they made an arrest in a sexual assault case that happened at a senior living facility last month.

Law enforcement previously shared photos and video of a man they said was suspected of committing a sexual assault on Feb. 5 at the Heritage at McDonough senior living complex off of Bridges Road.  McDonough Police said the man was seen going from door-to-door checking to see if any were unlocked. The man ultimately entered into one unit and is accused of sexually assaulting the elderly woman living there.

“The suspect was deemed as Henry County’s Most Wanted," Scandrett said.

Law enforcement asked the public to help them as they looked for clues to find the suspect. They even put out a $12,500  reward for information that could lead to an arrest. McDonough Police Maj. Kyle Helgerson said they received tips, but no suspect information developed from them.

However, the most recent break in the investigation came Monday. Helgerson said they received information from the Georgia Bureau of Investigation that helped moved the case along.

"The information that we received from them was a DNA match to our suspect, he said. "We took that information and we provided it to the task force and through a collective effort we were able to obtain a number of search warrants and an arrest warrant for Mr. Farris."

Farris was arrested at a home on Adams Circle Tuesday. Helgerson said the suspect lived within a mile radius of where the alleged crime happened.

“We spared no time, we lost a lot of sleep, but we got what we believe to be the person in custody that is responsible for this," the sheriff said.

“One of the things that we talked about when we had the initial press conference is that we would not tolerate this type of foolish behavior in Henry County," he said.