Heinz working to 'ketchup' with demand

The latest pandemic shortage is related to one of the nation's favorite condiments. See how the lack of ketchup is impacting eateries here in our area. 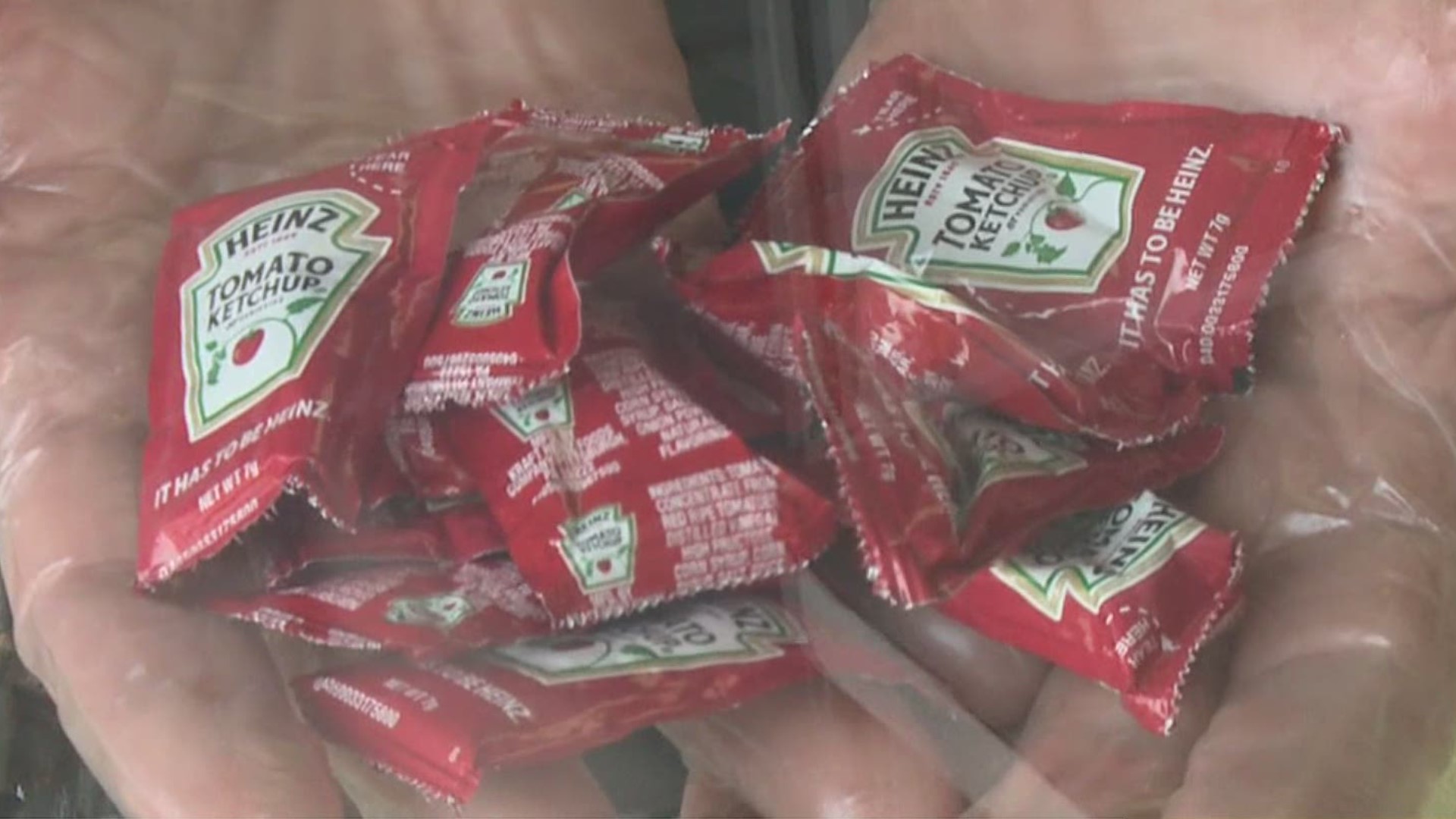 LUZERNE COUNTY, Pa. — A.J. Sanguedolce is the co-owner of the Pittston Ketchup Company. He says since the company started in 2016, his orders for ketchup now are higher than usual.

“Demand has been pretty, we've been shipping all over the country, we've ramped manufacturing producing more ketchup that we have last year at this time,” said Sanguedolce.

Heinz is reporting a shortage of supply on some of its ketchup items, but it's not being seen in stores.

“It's a little bit of a shortage for the packets, not necessarily the bottles and cans. But, but the packets it hard to find right now,” said Scott Druby from Abe’s Lunch.

The folks at Abe's Lunch on South Main Street in Wilkes Barre tell Newswatch 16 the ketchup shortage makes sense to them because there's a high demand for takeout orders and they have pre-portioned ketchup to go with each meal.

“So what has happened throughout the country is single-serving packets have become limited in supply, so restaurants had had to adjust to get ketchup to individual customers,” added Sanguedolce.

Some customers at Abe's didn't like to hear about the supply issue.

“When I told you there was a ketchup shortage, what did you think I was in panic. I use ketchup on everything,” said Ralph Bogert of Wilkes-Barre. He uses ketchup every day.

Others, not so much.

“I actually like mustard. You know that that's really good, tomatoes, or, you know, high fructose corn syrup in tomato ketchup. I don't go for that,” said Bill O’Hara from Wyoming.

Right now, the problem only seems to be with the to-go packets of Heinz ketchup. Heinz said it will be increasing production.

Restaurants say they have enough ketchup for now and are confident production will catch up with demand.

But if you want to be safe, you could always carry around your own bottle of ketchup.