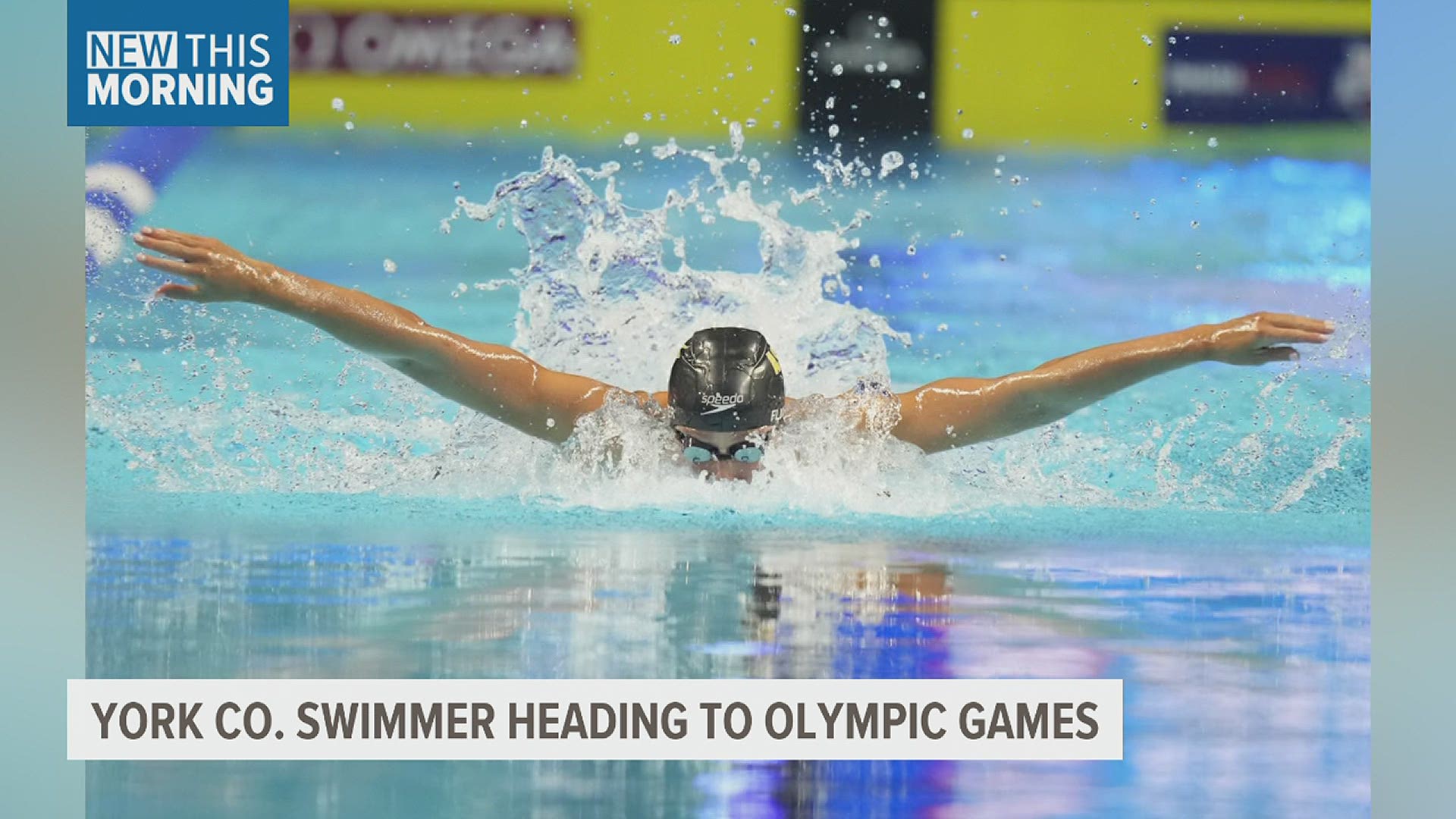 OMAHA, Neb. — York County's swimming champion is heading back to the Olympic Games.

Hali Flickinger, the 26-year-old Spring Grove graduate, won the 200-meter butterfly at the U.S. Olympic Swimming Trials in Omaha, Nebraska on Thursday. Her first place finish earns her a spot on the swimming roster which will compete at the Summer Olympic Games in Tokyo, Japan.

This will be Flickinger's second consecutive Olympics. She finished seventh in the 200-meter butterfly at the 2016 Games in Rio de Janiero, Brazil.

Flickinger, who went onto swim at the University of Georgia, is one of the United States' medal hopefuls this summer. On Wednesday, her semifinal time of 2:05.85 was a U.S. Open record and second fastest time in the world this year.

“It’s helped tremendously, and my swimming is really showing that,” Flickinger told the Associated Press about training with Bowman. “I love the group that I train with every single day, along with Bob. I’m really grateful.”

The Tokyo Olympics are being held this summer after they were postponed last year due to the global COVID-19 pandemic. Opening Ceremonies are scheduled for Friday, July 23. The swimming events are scheduled to begin the next day.

Flickinger's first heats for the 200-meter fly are scheduled for Tuesday, July 27 between 6 a.m. and 8:30 a.m. eastern time. Should Hali make the finals, that race would be held on Thursday, July 29 at 9:30 p.m. and midnight eastern time.