The governor says, his plans expand upon the voting reform law passed by the legislature in 2019 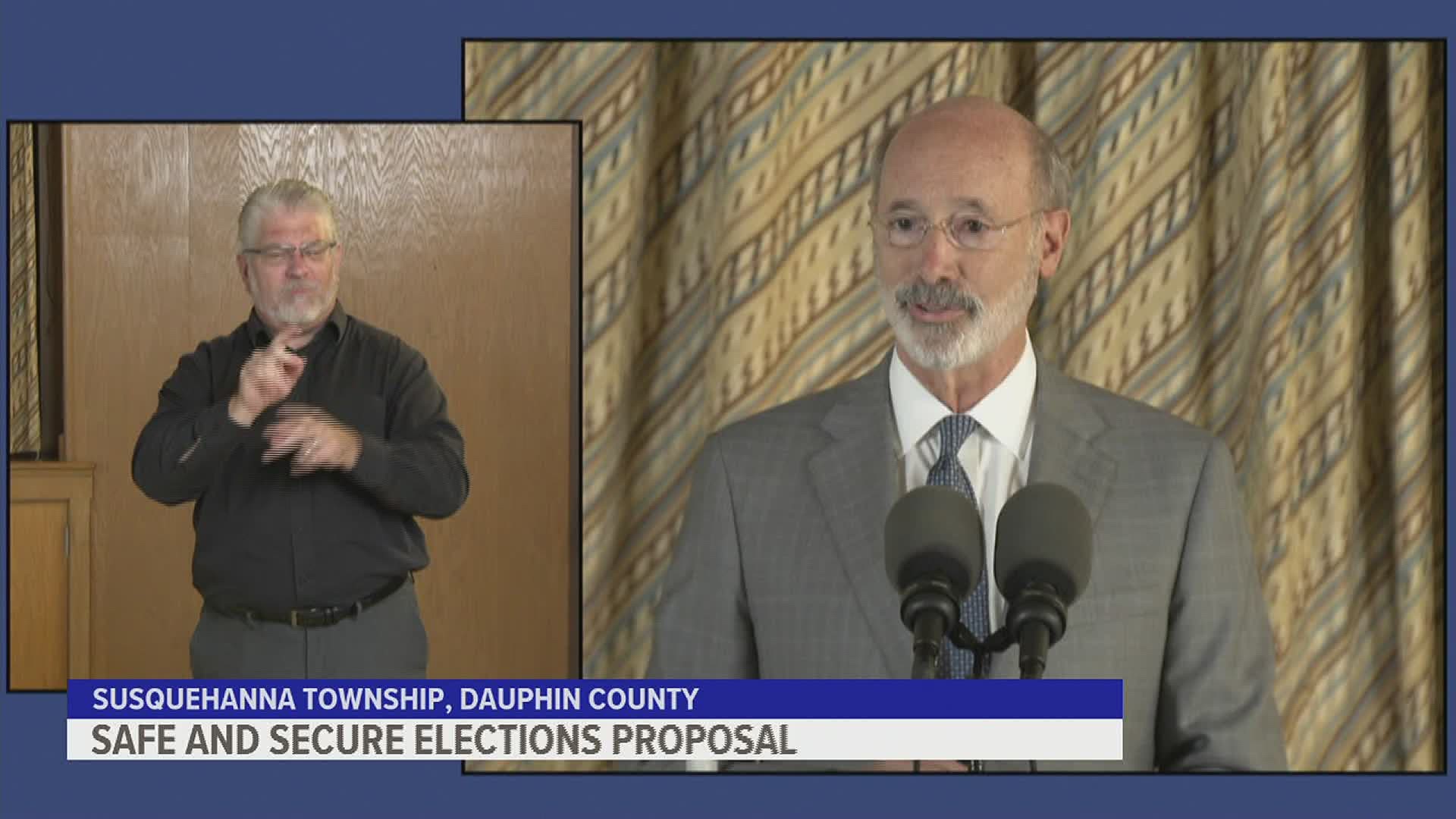 HARRISBURG, Pa. — Governor Tom Wolf urged the legislature to pass his safe and secure elections proposal unveiled Thursday. His proposal expands on voting reform passed by both democrats and republicans that expanded voting access with mail-in ballots and early voting.

"Our democracy depends on people voting," said Gov. Wolf. "There are changes the can be made to make a good system better.

In response to the governor's plan, State House Republican Caucus Spokesperson Jason Gottesman said, "When the House of Representatives returns to session next week, we will consider legislation crafted using the Department of State’s report from that primary election that provides more options to voters to cast their ballots, enhances the security of the voting process, and maintains the integrity of our elections while ensuring accurate results are reported in a timely manner. While we agree that changes must be made to our Election Code following the primary, it was the governor’s team who walked away from substantive discussions on reaching agreement on a  bill only to seek their politically-motivated changes in the courts and making an end-run around the Constitutional prerogative of the General Assembly to determine the time, place, and manner of elections. As the House and Senate work together to advance needed changes to our election process that benefit the people of Pennsylvania —not the DNC or the Biden campaign—it is up to the governor to determine whether he will put political motivation aside and work with us, instead of against us, in reaching our shared goals.”

The General Assembly is back in session next week.