The Governor is "continuing his push for meaningful law enforcement reforms," according to a press release. 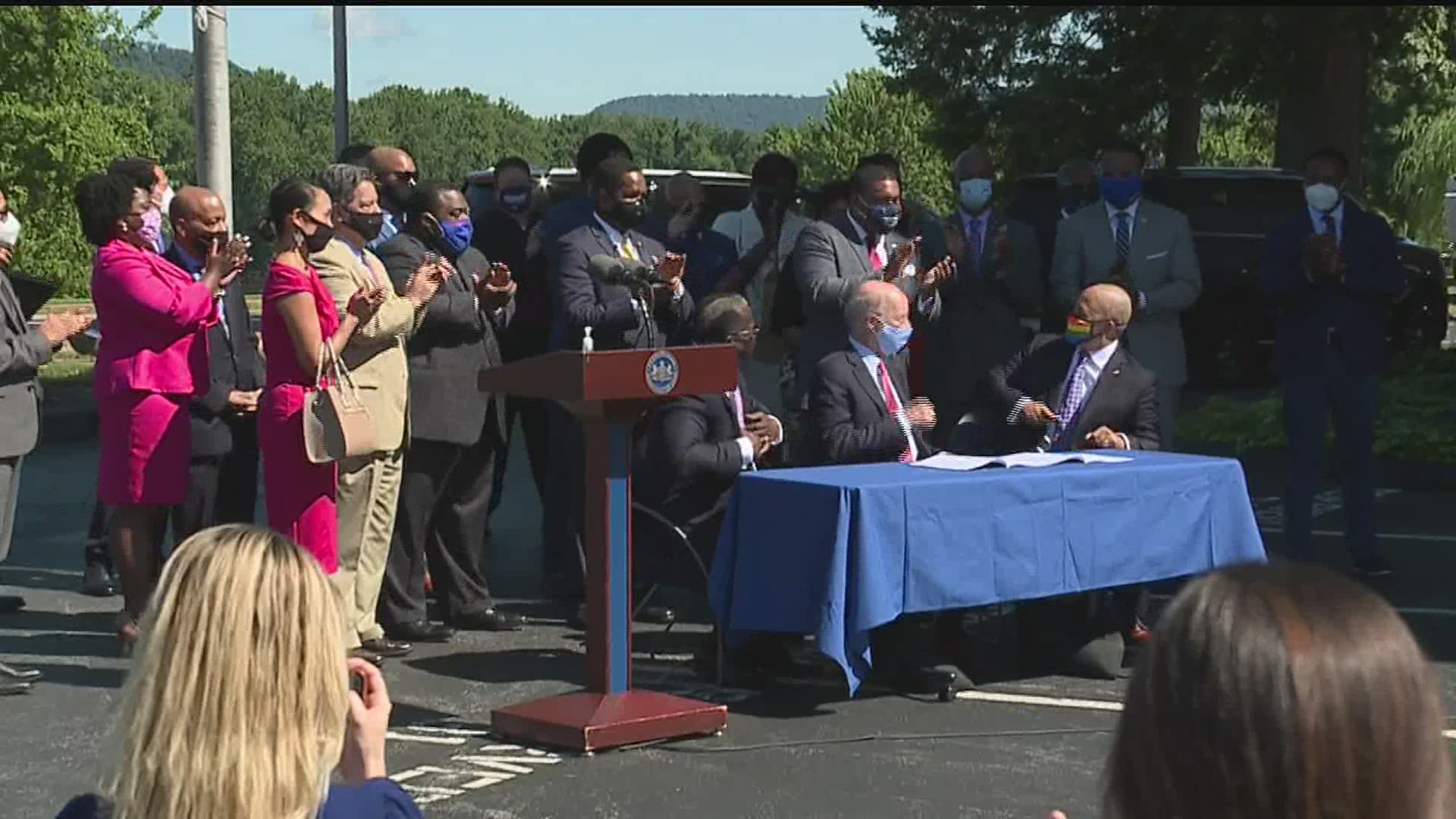 PENNSYLVANIA, USA — Editor's note: The above video is from July 14.

According to a press release, this executive order authorizes the Commission to perform reviews of the covered agencies’ internal investigative findings related to allegations and incidents surrounding the use of force and bias-based policing, including those involving police-involved shootings resulting in injury or death of civilians, and to prepare a report if warranted.

You can read the full press release from the Governor's Office below:

“My administration is committed to bipartisan criminal justice reforms that are fair and inclusive and support public safety,” Gov. Wolf said. “My executive order moves us one more step forward to address the systemic failings that have created inequities and public mistrust of law enforcement. It is my hope that the commission improves law enforcement relationships with communities and strengthens the accountability of law enforcement personnel.”

The creation of the commission came about from concerns raised by residents and in conversations Gov. Wolf held with members of the Pennsylvania Legislative Black Caucus and leaders of Black communities in Philadelphia and Harrisburg following the death of George Floyd while in Minneapolis police custody.

The executive order advises that citizen engagement and participation is essential to help the state in fulfilling its commitment to identifying necessary system-level reforms to promote transparency, fairness and accountability involving the commonwealth’s law enforcement agencies.

The new commission’s ultimate goal is to improve policing practices within law enforcement agencies under the governor’s jurisdiction by examining events and conducting reviews of policies, practices, and procedures. The commission, established in the Office of State Inspector General, will be comprised of 15 members appointed by the governor, including one representative from each of the Pennsylvania State Police current Troop geographic areas, and specifically from areas of the Pennsylvania State Police’s primary jurisdiction, and six additional citizen members chosen at large.

The commission will be chaired by the Deputy Inspector General for Law Enforcement Oversight, a new position and office in the Office of State Inspector General that the commonwealth is conducting a nationwide search to fill. Interested applicants can find the job posting here.

The deputy inspector general will oversee staff on investigations of alleged fraud, waste, misconduct, and abuse within law enforcement agencies under the governor’s jurisdiction and serve as chair of the new commission.

The commission is authorized to perform reviews of the covered agencies’ internal investigative findings related to allegations and incidents surrounding the use of force and bias-based policing, including those involving police-involved shootings resulting in injury or death of civilians, and to prepare a report if warranted.

“It is my hope that with input from this commission, the commonwealth’s law enforcement agencies can serve as a model of excellence for law enforcement throughout Pennsylvania and the country,” Gov. Wolf said.