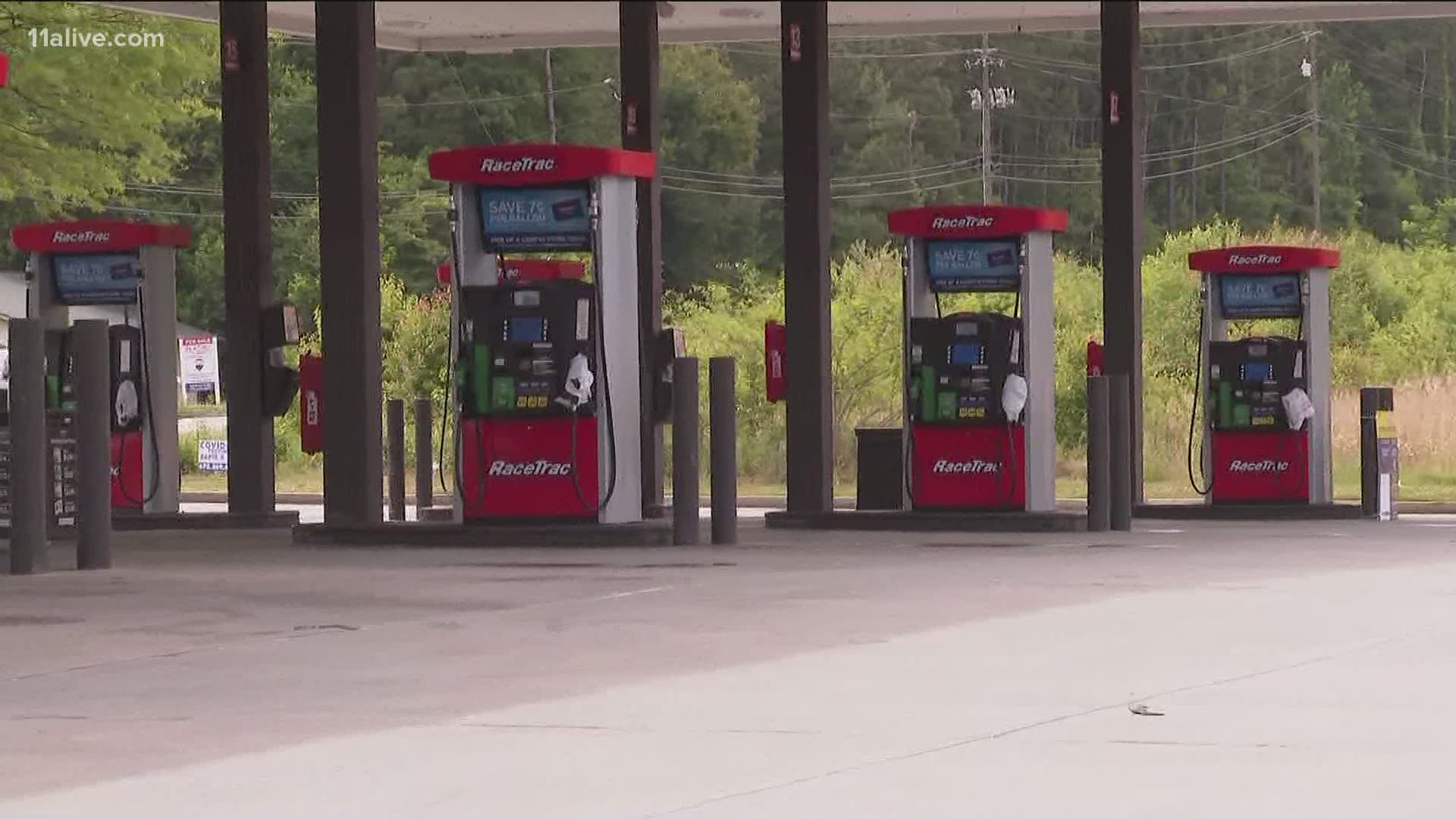 ATLANTA — Colonial Pipeline has restarted its operations, but before the announcement came Wednesday evening, Gov. Brian Kemp held a press conference to discuss the issues.

State and national leaders have been scrambling to soften the run on gas, with a panicked public causing many gas stations to run out of fuel entirely.

Already this week in Georgia, Gov. Brian Kemp temporarily suspended the state fuel tax in an attempt to keep gas prices in check.

On Wednesday, Kemp said he is poised to help – but the folks controlling the gasoline supply aren't giving the state any real options.

Long lines of motorists fueling up have drained fuel supplies at gas stations that would normally take a couple of days to empty. Experts caution that people don't need to be rushing to gas stations to hoard fuel.

RELATED: Where are the gas shortages in my area?

As the run on gas began to really take hold on Tuesday, 11Alive's Chenue Her reported some stations simply began to close.

One station manager, Raton Das, told Chenue that he bagged up the pumps because his gasoline delivery didn't show up. He had no idea when his pumps would be restocked.

“This is the first time this is happening to my gas station in Atlanta,” he said. “The store’s open because I have to sell groceries but that’s all I’m doing right now. I cannot close my store because I have to pay my rent.”

If you spot a fuel line or a gas station running short of fuel, snap a photo and send it to 11Alive. You can upload the image using the Near Me function on the 11Alive mobile app, or by texting 404-885-7600.