Gettysburg, PA sent a letter to leaders in Gettysburg, SD where a confederate flag on a police patch is causing controversy 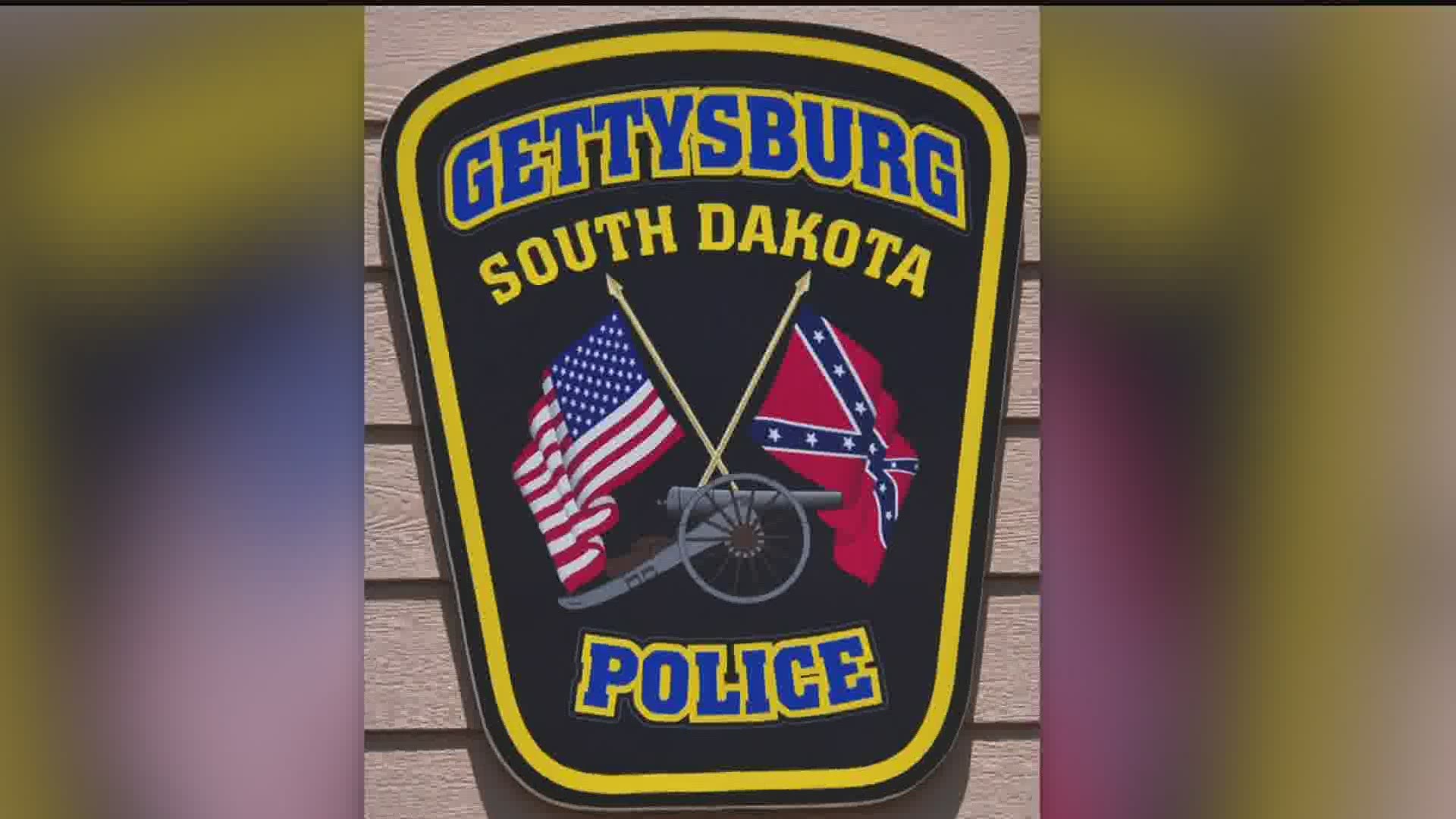 I write you on behalf of Gettysburg, Pennsylvania’s Mayor and Borough Council, who were recently contacted by residents in your area. Specifically, Gettysburg, Pennsylvania was asked to comment on the current national debate regarding the use of the Confederate Flag, the use of the Confederate Flag on Gettysburg, South Dakota’s Police Uniform, and in a broader sense the national debate on the appropriateness of the use of symbols (statues, monuments, flags, etc.) harkening back to a very divided nation during our Civil War.

The intention of this letter is to not compel Gettysburg, South Dakota to alter its city seal, as we recognize that is a decision only vested with your City Council and Mayor. Rather, it is our intention to explain how Gettysburg, Pennsylvania views the use of these symbols in the hope to foster a productive exchange of perspectives that recognizes our nation’s original sin (slavery), but yet how we as an imperfect people have taken exceptionally large steps since that era to achieve equality for all Americans - and to recognize that work remains unfinished in the pursuit of ‘a more perfect union’ – as stated in the Preamble of the United States Constitution.

As a community, we take very seriously the words spoken in President Abraham Lincoln’s Gettysburg Address, “…our fathers brought forth on this continent a new nation, conceived in Liberty, and dedicated to the proposition that all men are created equal … It is for us the living, rather to be dedicated here to the unfinished work which they who fought here have thus nobly advanced”.

The Borough Government here serves this community in helping continue this unfinished work. The relevance of the message in President Lincoln’s 1863 speech is even more significant today, as each new generation embraces the fundamental right to equality. Gettysburg, Pennsylvania supports inclusion, diversity, and acceptance in the community and in fact has a ‘radical intolerance for inequality’.

While our Borough does not have an official policy on the use of the Confederate Flag, we are keenly aware of what it represented during the Civil War and today remains associated with white supremacist groups. For this reason, Gettysburg, Pennsylvania does not view the use of the Confederate Flag on any Government property (flag poles, police uniforms, etc.) as an appropriate symbol of inclusion and equality.

To this point, Gettysburg, Pennsylvania has designed and adopted a Borough Seal that recognizes the Historic significance of what occurred here and honors the inclusiveness and equality we strive for as an American people. You will see the Borough Seal of Gettysburg at the top of this stationary, which is an adaptation of the Gettysburg, Pennsylvania Borough Flag. The three gold stars represent the three days of violent conflict on July 1st, 2nd, and 3rd, 1863. The white crisscrossing stripes represent the vast road network that converge on Gettysburg – the crucial supply lines the Confederates wanted to control as they had plans to seize the State Capitol of Harrisburg just 30 miles to our north. The colors (red, white, and blue) speak to the Union that is represented by the flag of the United State of America. This is Gettysburg’s symbol of unity and equality – a message we continue to take pride in and seek to pass on to future generations. The Borough Flag is very popular among residents and businesses who proudly fly and display it. People of all backgrounds rally around it.

There are statues, markers, and monuments in and around Gettysburg that are associated with the Confederacy. None of them stand for commercial purposes. Rather, they are displayed in historical context with an educational perspective. These markers must be used to teach future generations our history, if for no other purpose, so that we collectively can acknowledge the strides we’ve achieved as a Nation toward that ‘more perfect union’ and that we fought a war to help get there.

The difference between our nonuse of the Confederate Flag in the public square or on public property and the defense of leaving Confederate statues, markers, and monuments in place is significant. These Confederate symbols recognize our troubled past, but do not honor that past – rather they now exist to teach the wrongs of that past. The nonuse of the Confederate symbols on our public property affirms for us and future generations that we have learned valuable lessons from that past and pledge to not only not repeat it, but to continue to pursue a more perfect American union.

Please accept the enclosed Gettysburg, Pennsylvania Flag and momentous. We value our Sister City relationship with Gettysburg, South Dakota and hope that one day representatives from each community can once again visit each other.