Are gas shortages coming to Pennsylvania?

"It's the panic that's making the problem much worse," said one expert at GasBuddy. 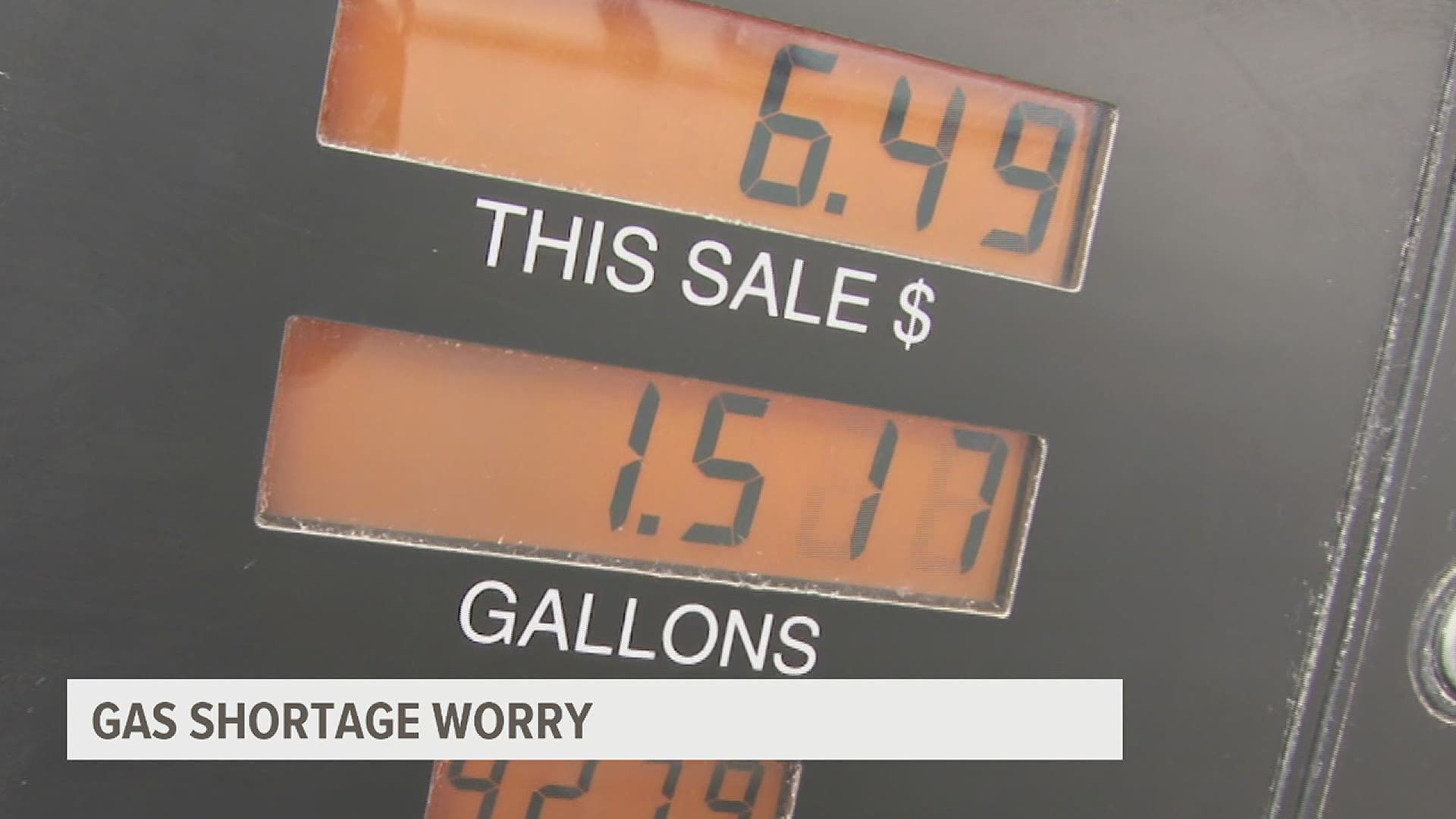 That's the message from travel experts after a cyberattack on a critical U.S. pipeline sent people racing to the fuel pump.

"It's the panic that's making the problem much worse. That has actually turned into the bulk of the problem now," said Patrick De Haan of GasBuddy.

The Colonial Pipeline, which delivers about 45% of the fuel used along the Eastern Seaboard, shut down Friday after a ransomware attack by a gang of criminal hackers that calls itself DarkSide. Depending on how long the shutdown lasts, the incident could impact millions of consumers.

"There's still fuel. Now, it becomes a point of not the pipeline but how fast people are filling their tanks..." said De Haan, who added "gas stations are going through tanker trucks not in 3-5 days (which is average) but in 8 hours."

Governor Tom Wolf tweeted on Wednesday that Pennsylvanians should expect "minimal impact" and that no one needs to stockpile gasoline.

We’re monitoring potential impacts from the Colonial Pipeline shutdown, but Pennsylvanians should know we are expecting minimal impact in our commonwealth.

There is no need for anyone to stockpile gasoline. Widespread panic buying could result in unnecessary perceived shortages.

The Governor's Office says there are currently no widespread shortages in Pennsylvania, but there is a concern for price gouging if the situation continues.

AAA spokesperson Doni Lee Spiegel said about the panic, "it's just going to diminish our supply here regionally and push our prices up." 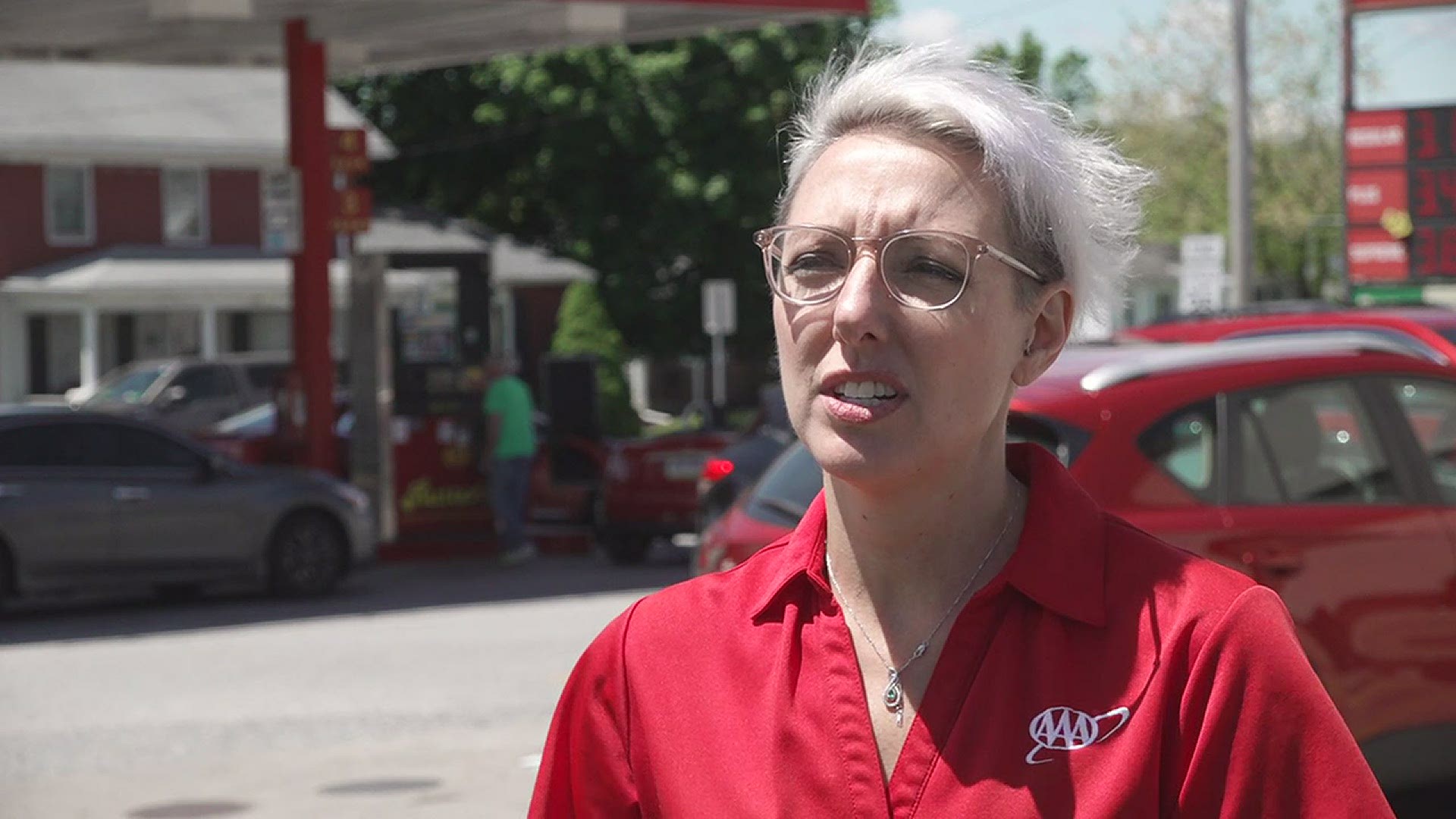 WPMT-FOX43 is helping to provide solutions by including a resource for residents looking for the current picture on gas prices in our area.

You can use this Gas Buddy Tracker to find out where the shortages are in other states. Just search for your zip code, and it will list which stations have fuel.

The average gasoline price jumped six cents to $2.96 over the past week, and it’s expected to continue climbing because of the pipeline closure, according to AAA.

Mississippi, Tennessee and the East Coast from Georgia to Delaware are the most likely to experience limited fuel availability and higher prices, and if the national average rises by three more cents, these would be the highest prices since November 2014, according to AAA.

In Pennsylvania specifically, gas prices have gone up 14 cents in the past month, and 8 cents in just the last week, according to AAA.

You can be a part of our coverage. If you see a gas station that's out of gas or limiting the amount you can get pull out your phone and go to the FOX43 News news app. Hit "Near Me" in the bottom right-hand corner and upload your photo or video. Don't forget to tell us where it is!

If you spot a fuel line or a gas station running short of fuel, snap a photo and send it to WPMT-FOX43. You can upload the image to our newsroom using the Near Me function on the FOX43 News app, or by texting 717-843-0043.