What the Colonial Pipeline shutdown means for gas prices in Georgia

The Colonial Pipeline delivers almost half of the East Coast's fuel supply. 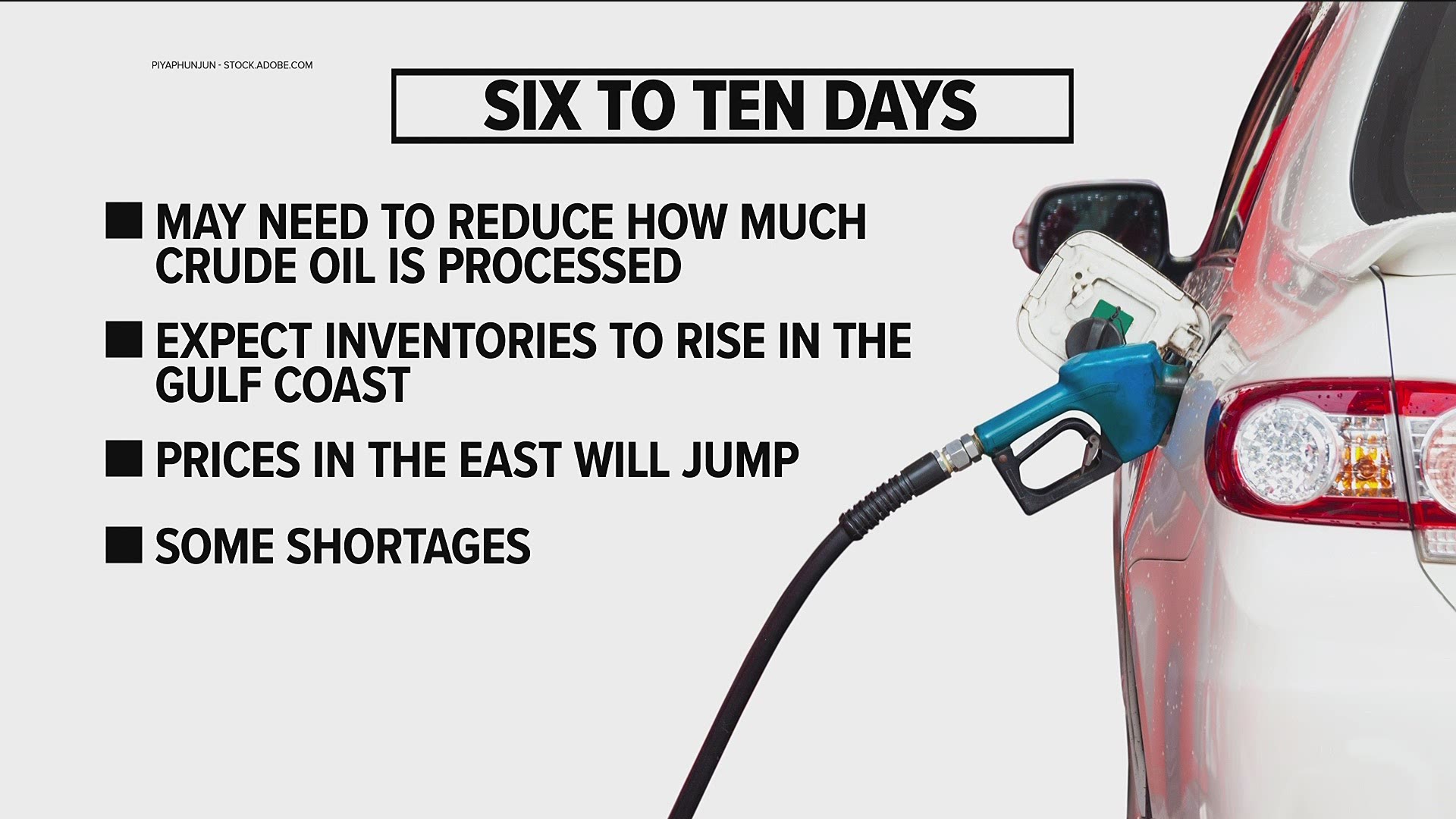 ATLANTA — If you've stopped for gas in the past 48 hours, you likely noticed higher than normal prices. You may have even seen limits on how much you can get - or no gas at all.

The Colonial Pipeline, which is based right here in Alpharetta, Georgia, is one of the nation's largest sources of fuel and remains mostly shut down after a cyberattack.

Experts say this could have major impacts on travel in Georgia. The Colonial Pipeline runs from Texas to New Jersey, carrying more than 100 million barrels of fuel every day. That's everything from gasoline to heating oil and jet fuel that supplies Atlanta's Hartsfield-Jackson International Airport.

It's responsible for almost half of the entire East Coast's fuel supply. So what does the shutdown mean?

RELATED: Why you should care about the Colonial Pipeline ransomware hack

Well, experts say you can expect to pay more at the pump as rising gas prices become a real concern. Any time there's a supply issue, prices are likely to surge.

Analysts say the impact all comes down to timing and how quickly Colonial Pipeline can get their lines back up and running.

In an update Monday, Colonial said, "Colonial Pipeline is continuing to work in partnership with third-party cybersecurity experts, law enforcement, and other federal agencies to restore pipeline operations quickly and safely. While this situation remains fluid and continues to evolve, the Colonial operations team is executing a plan that involves an incremental process that will facilitate a return to service in a phased approach."

RELATED: Pipeline hit by cyberattack could be back by week's end

As of Tuesday, the pipeline had been closed for five days.

According to a Wells Fargo analyst, if the pipeline shutdown can be resolved in the next day, there will likely be no significant shortages or lasting impacts.

If it continues for six to ten days, refiners may need to reduce how much crude oil is processed. Inventory would rise in the Gulf Coast and prices would increase even more on the East Coast - bringing even higher prices at the pump.

If it extends for more than 10 days, refiners in the Gulf Coast will have to reduce their runs, oil prices would weaken and we'd experience significant gas shortages.

On Monday, the FBI confirmed the Darkside ransomware was responsible for the cyberattack. In a tweet, the FBI said it will continue to work with Colonial Pipeline and government partners on the investigation.

In response to the attack, the Biden administration loosened regulations for the transport of petroleum products on highways as part of an "all-hands-on-deck" effort to avoid disruptions in the fuel supply.

Gov. Brian Kemp also announced Tuesday that he is suspending the collection of state taxes on diesel and motor fuel through Saturday night. The executive order also eliminates the weight limit for trucks transporting fuel - providing more supply for stations as they receive deliveries.

According to AAA, the average cost per gallon for regular unleaded gasoline is $2.87. They say the national average is $2.98.

11Alive's sister station, WCNC in Charlotte contributed to this report.