Prices are plummeting at the pump. But, will it last?

Gas prices continue to fall as travel across the state decreases. But, low consumption of gas could possibly result in fewer tax dollars for the state. 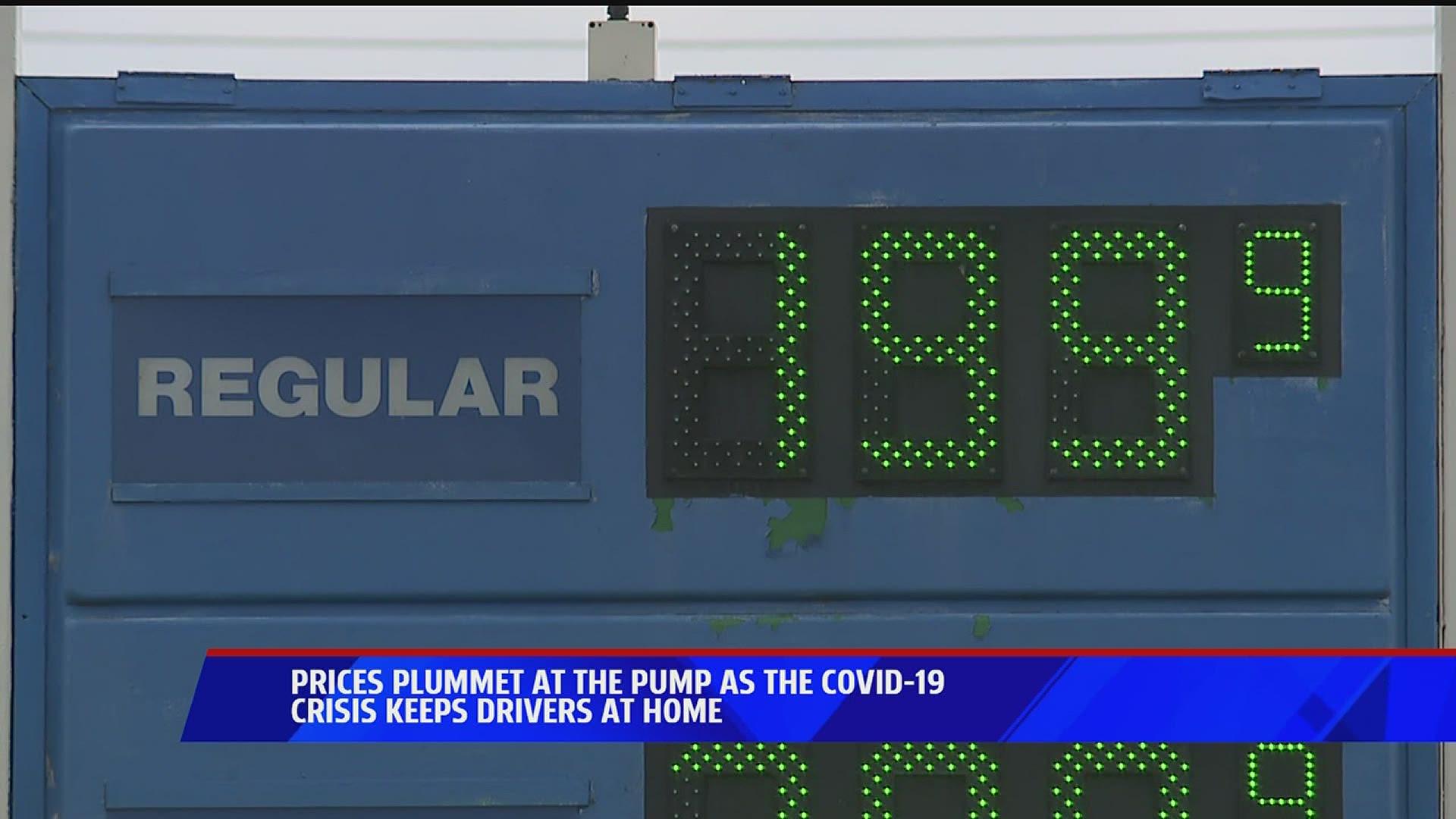 Prices at the pump are plummeting as more people are staying home during the COVID-19 crisis.

That's good news for drivers and for the state when it comes to protecting public health.

But, the lower gas consumption could carry long-term impacts for Pennsylvania when it comes to collecting the gas tax, which funds infrastructure and state police services.

"Because of the coronavirus, travel has halted. So, because the demand is not there, prices are plummeting," said Doni Lee Spiegel, spokesperson for AAA.

AAA said 20 states are seeing a one dollar difference in gas prices this year versus last year. The price of gas, Spiegel said, is determined by multiple factors including the price the gas station pays, additives, and transportation costs.

"The US stock levels right now for oil are measuring 262 million barrels per day. It hasn't been that low since 1990," said Spiegel.

In Pennsylvania, PennDOT spokesperson Alexis Campbell said travel on major roads and interstates has dropped by 45% and by 55% on smaller routes.

"The fact that travel is down, in the big picture is good," said Campbell, who emphasized the need for people to follow the state's recommendations to stay home during the COVID-19 crisis.

However, with less gas being consumed, fewer gas tax dollars are being collected through the motor license fund which provided PennDOT with $4 billion dollars last year.

"The gas tax is a very huge and very important part of transportation funding in Pennsylvania," said Campbell, who later added, "what that impact is an what that means for us is still too early to tell because we're still kind of in the middle of it (the COVID-19 crisis)."

"That's partly why when you drive around you can see different prices from station to station," said Campbell, who later added "the gas tax rate itself is flat. It's about 57 cents a gallon that's paid by the oil and gas company."

As for the question of if gas prices will spike when the economy reopens again, AAA spokesperson Spiegel said, "our stock levels are the highest they've been in quite a while so chances of prices going up again, it may happen slightly. But, it's not going to be like a switch that flips once things reopen."

Credit: AAA
Average prices in the region for unleaded, per AAA

Track prices across the nation

On the week, the national gas price average decreased by a nickel pushing the year-over-year savings to $1.03/gallon. Today, 20 states have pump price averages that are $1/gallon or more cheaper compared to last year, with another dozen states within a dime of reaching this mark.

“One in four U.S. gas stations is selling gas for $1.49 or less,” said Jeanette Casselano, AAA spokesperson. “Even with regional refinery rates dropping, we will continue to see gas prices decrease though potentially at a slower rate than the past few weeks.”

On the week, U.S. gasoline demand was stable at 5.1 million b/d as refinery rates dipped down to 69%, a level not reported by the Energy Information Administration (EIA) in more than a decade. Despite lower run rates amid low demand, gasoline stocks increased. Total U.S. stock levels measure at a record 262 million bbl – the highest weekly domestic stock level ever recorded by EIA, since it began reporting the data in 1990.