Andrew T. Scheid failed to show up for a hearing Friday morning. 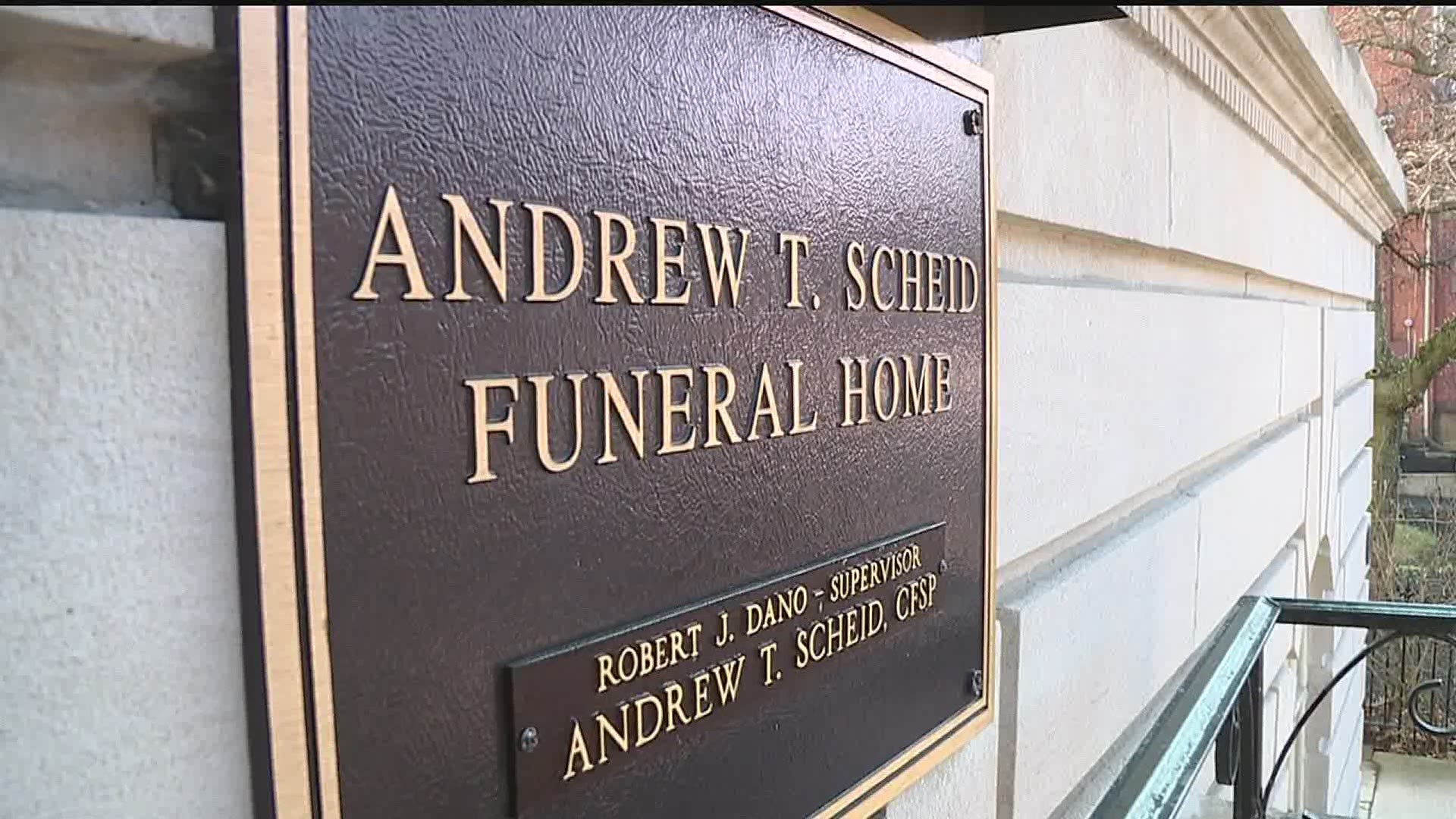 Andrew T. Scheid was scheduled for a hearing before the Pennsylvania's Board of Funeral Directors for formal charges brought against him and his funeral home.

The board even gave Andrew T. Scheid an additional 15 minutes to show up, but he was nowhere to be found. Just one day before the formal hearing before, Andrew T. Scheid agreed to extend the temporary suspension of his funeral home license; he was a no show at the hearing, he had no lawyer present, and the sign at his funeral home in Manor Township has been painted over.

"I think it clearly states he's guilty, but I think he owes an explanation to us," said Becky Bouder, a past customer.

Bouder knows she may never get that explanation but still feels a sense of relief.

"The charges against him were some of the most serious that I've seen and it's never good for any profession when that happens so I feel like revocation is the absolute best solution," said Kathleen Ryan, Pennsylvania Funeral Director's Association. "The families have contacted both the authorities as well as other funeral directors who have been more than willing and gone way out of their way to help them get things like death certificates that they hadn't gotten locate some of their loved ones cremated remains."

Some customers remain angry; Bouder though says she has some forgiveness in her heart.

"Just want Andy to know - me, personally, I forgive him, but I believe that justice still needs to be served at the end of the day he needs to be penalized for what he's done," added Bouder.

The state board is expected to fully revoke his license at a hearing scheduled for March 18th.