What to keep in mind when near railroad tracks 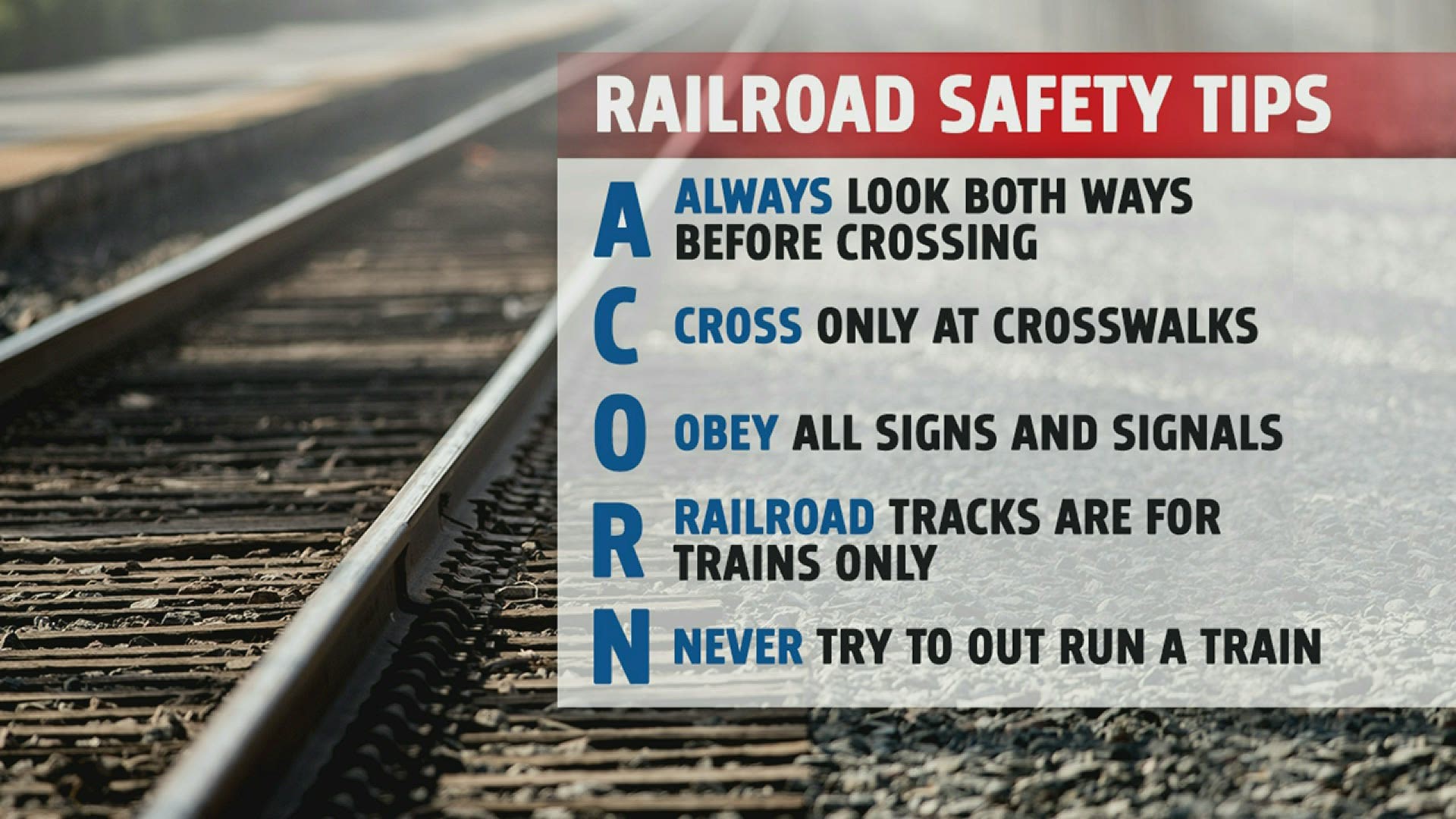 FRANKLIN COUNTY, Pa. — A family was seen playing on the train tracks in Franklin County, recently, and scrambled to get out of the way of an oncoming freight train.

Whether you're trainspotting or playing around, it should go without saying to never step onto railroad tracks - but apparently it needs to be said.

Let's start with some sobering statistics.

According to Amtrak, 2,000 people are either injured or killed by oncoming trains every year at train crossings or from trespassing on tracks. Additionally, a person or vehicle is hit by a train somewhere in the United States every three hours.

In 2019, a Lebanon County man was killed by a train while he was going through a railroad crossing in Northern Lebanon Township.

RELATED: Crews on scene of crash involving train and pedestrian in Lebanon County

To make matters worse, there are few if any safeguards to prevent a train from colliding.

A report by the U.S. Department of Transportation released in 2018 shows 37 out of 41 railroads did not create positive train controls. They're basically a communication system between the locomotive and the tracks that monitor a train's speed and position.

Congress had set a deadline for those railroads to add those controls by 2015, but they didn't meet them so they were pushed back to 2018. They have since either applied for or received an extension for the deadline.

If you're ever at a railroad crossing or you have children who need to know about railroad safety, teach them to remember the "ACORN" Rule.

Always look both ways before cross

Cross only at crosswalks

Obey all signs and signals

Railroad tracks are for trains only. When walking near tracks, be alert.

Never try to outrun a train.

The worst case scenario in a train crash isn't death, it's a deadly chain reaction where the victim would be killed, followed by the train derailing and possibly falling into structures, wildlife, natural habitats, with the very real threat of innocent people paying for someone else's carelessness.

In the best case scenario, a victim could lose a limb.