CAMP HILL, Pa. – “He fired me and he sued me.” Dan Miller never intended on being the poster child for gay activism in Harrisburg. It just hap... 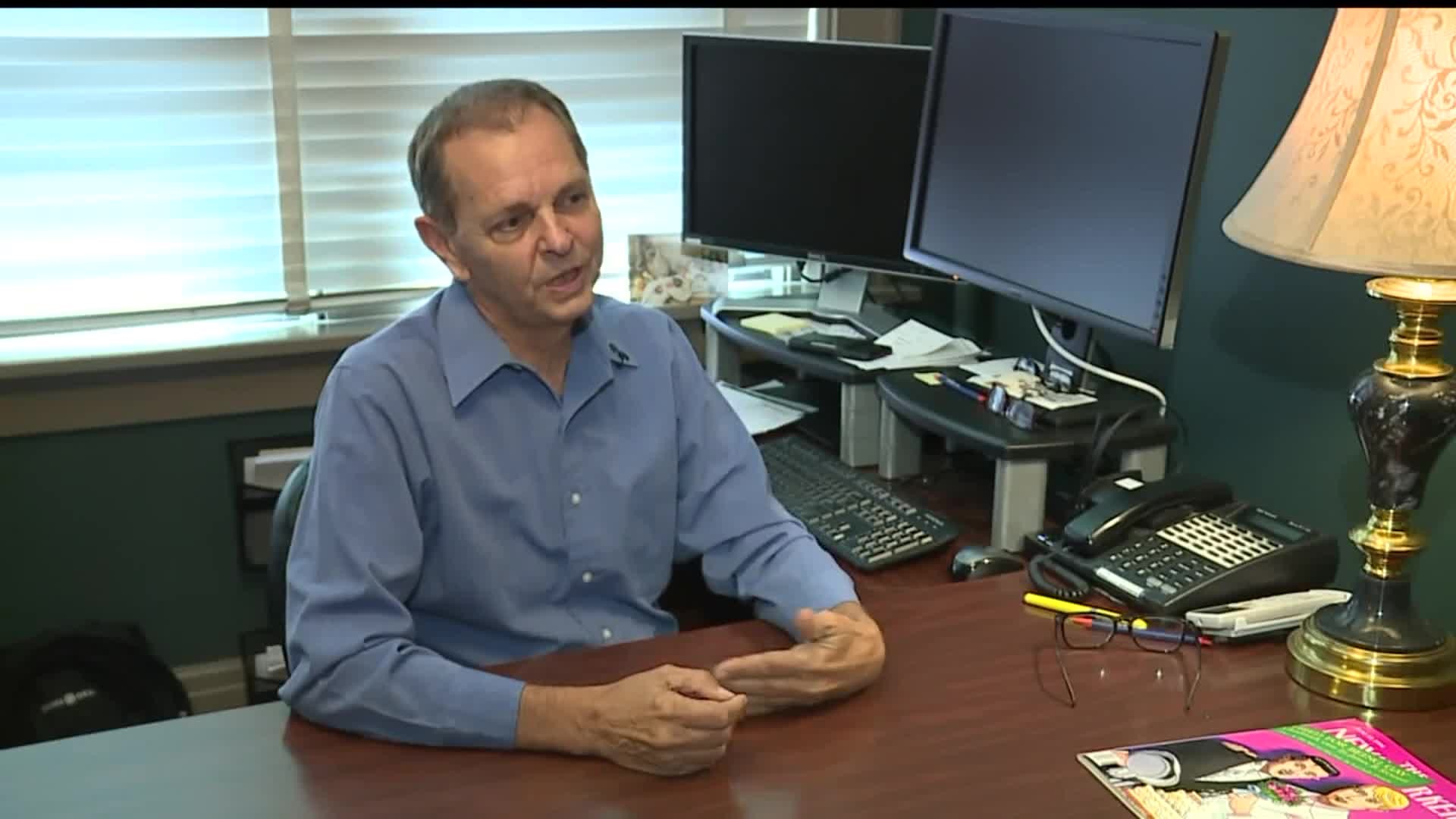 Dan Miller never intended on being the poster child for gay activism in Harrisburg. It just happened.

Growing up in the area all his life, he wasn't familiar with the gay culture at all until the 1980s.

"The fact there were men gathering together, dancing, drinking and having a good time was crazy to me," Miller said.

But, as gay bashings became a growing problem in Harrisburg, his activism grew. LGBTQ individuals asked for more police protection in the capital city. But, over the years, Miller felt ignored by Harrisburg City Council.

"Every time we were to meet with them, it was postponed. We thought it was us," Miller said.

So, they went to the press in a confrontation with the council. Miller was plastered on televisions all over Central Pennsylvania.

At the time, he was working at Donald L. DeMuth Management Consultants (now known as DeMuth and Kaufman) in Cumberland County. Miller's boss, DeMuth himself, didn't see the television coverage until a client mentioned it.

At the time, Dan was working on a big project for the firm.

"He was going to make me partner," Miller said. DeMuth confirmed that years later.

After two weeks, nothing happened. But Dan claims he wasn't fired because of the project he was working on. After he finished, DeMuth let him go.

Miller picked himself up and started his own firm. After a few months, approximately one-third of the clients went with him.

DeMuth sued Miller for taking the clients. Adding insult to injury, he sent a letter out to all of his clients to prevent them leaving for Dan's firm.

"He sent out a letter that said he didn't know my health status, but I might have AIDS or would certainly get AIDS. So, you couldn't trust a long term relationship with me," Miller said.

Years of court battles followed. Ultimately, Dan lost - found guilty of violating his employment contract. His firing was upheld as legal at the time. Being gay in Camp Hill was validated as a cause for termination. The township had no anti-discrimination protection for LGBTQ individuals at the time, unlike Harrisburg, where Miller set up his own firm.

Miller was forced to pay DeMuth $156,000 in compensation.

That saga long gone, years later Miller had a question for Harrisburg.

"I wanted to see, could we elect an openly gay city councilman?" Miller said.

The city did. Dan became the first openly gay city councilman in 2006 as Controller. But this stage of his life wasn't without controversy either. Former Harrisburg mayor Linda Thompson had widely known battles with Miller, accused of making homophobic remarks about Dan, including calling him, "that homosexual, that evil little man" according to PennLive.

"I can’t help but believe that that has more to do with her failure to accept his lifestyle than it did her political differences with him," Chuck Ardo, who worked in City Hall during Thompson's tenure, said in an interview with PennLive.

Miller still went on and ran for mayor in 2013, losing to Mayor Eric Papenfuse. Miller is now the city treasurer.

Now, Miller continues his tenure as treasurer while also still running his own accounting firm, Miller Dixon Drake, in Harrisburg. His battles never phasing him, happy to be where he is in the city today.

"I was accepted," Miller said.

Camp Hill now does have anti-discrimination protections for LGBTQ individuals in the borough. Approximately 55 cities, townships and boroughs do in total across Pennsylvania. But unless you live in one of those areas, the case of Dan Miller could legally happen again.