Kevin Cunrod is an EMT, firefighter, and a viral star on TikTok with more than 22,000 followers 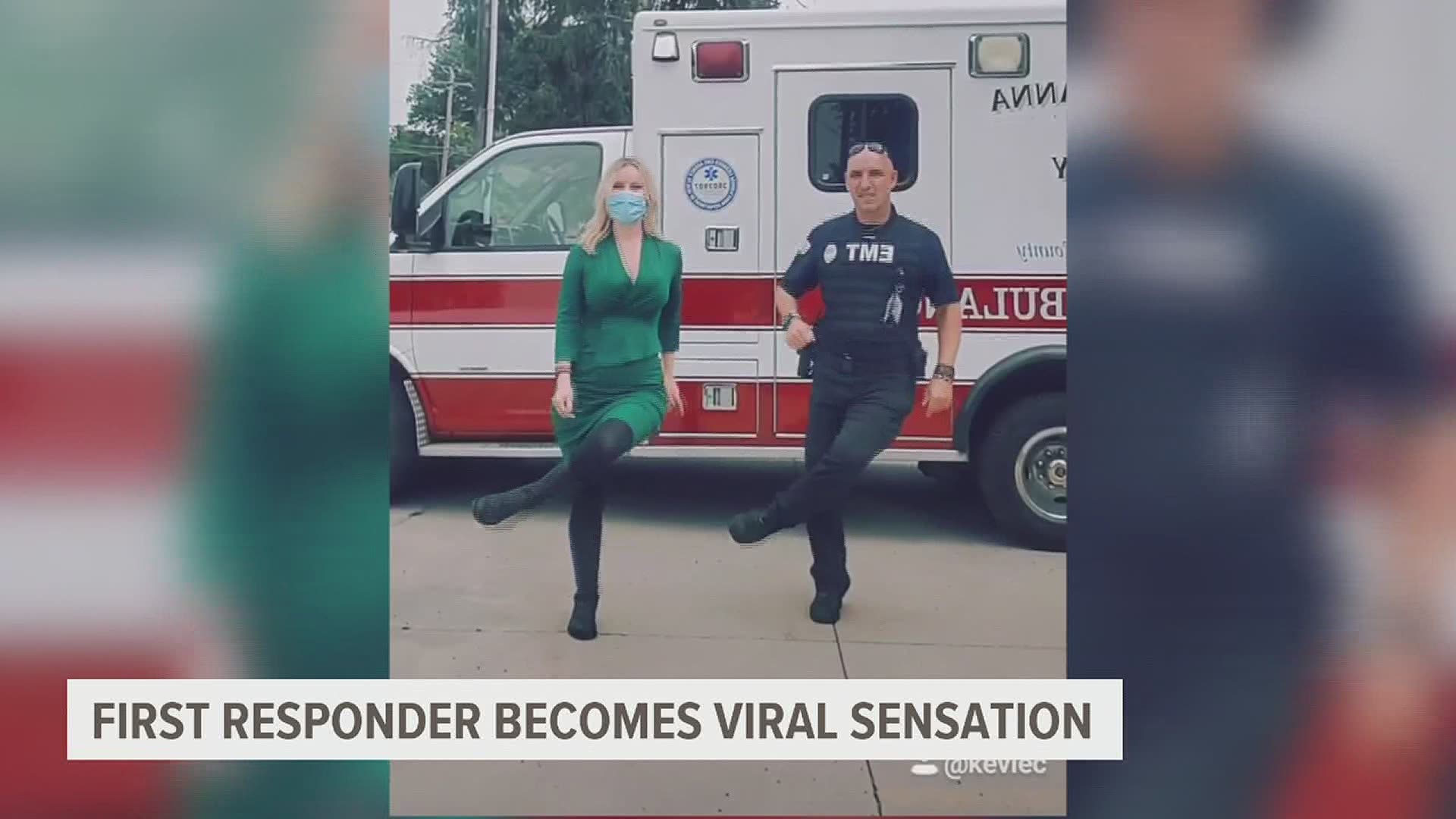 He is a Manheim firefighter.

And in his off time, between calls, he's a TikTok star.

"There are a lot of first responders out there who are down and they're stressed," said Cunrod. "If I can help them to not be stressed or my partners not to be stressed, I'll keep doing it."

Cunrod's positive videos have amassed more than 22,000 followers in just a matter of months on his TikTok page @keviec. He didn't even begin using TikTok until after the state shutdown in March.

"After the COVID crisis when everybody got locked down my wife was laughing one day and was like, hey I'm watching TikTok," he said. "I started watching it after that and I was like, I'm going to try this. So, at 49-years-old I tried TikTok for the first time and fell in love with it."

Cunrod said the first time he noticed one of his videos go viral is after he filmed a TikTok with one of his fellow first responders. He said the video exploded to 1.3 million views. Now, he challenges other first responders to dance and workout videos all shot, once again, in his off time.

His exercise videos have also amassed more fans who have contacted him as they work to get in shape.

"As long as people watch it and I can keep inspiring people, yeah, I'm going to keep doing it," said Cunrod.

Cunrod admits, the hardest videos for him to learn are videos that require dancing and hand movements. He said some of the videos can take hours or days to learn.

Cunrod has worked for Susquehanna Valley EMS for more than a year and for Manheim FIre Company for four years.