Families are filling fireworks stores as COVID-19 brings new restrictions & cancellations on shows across the region. 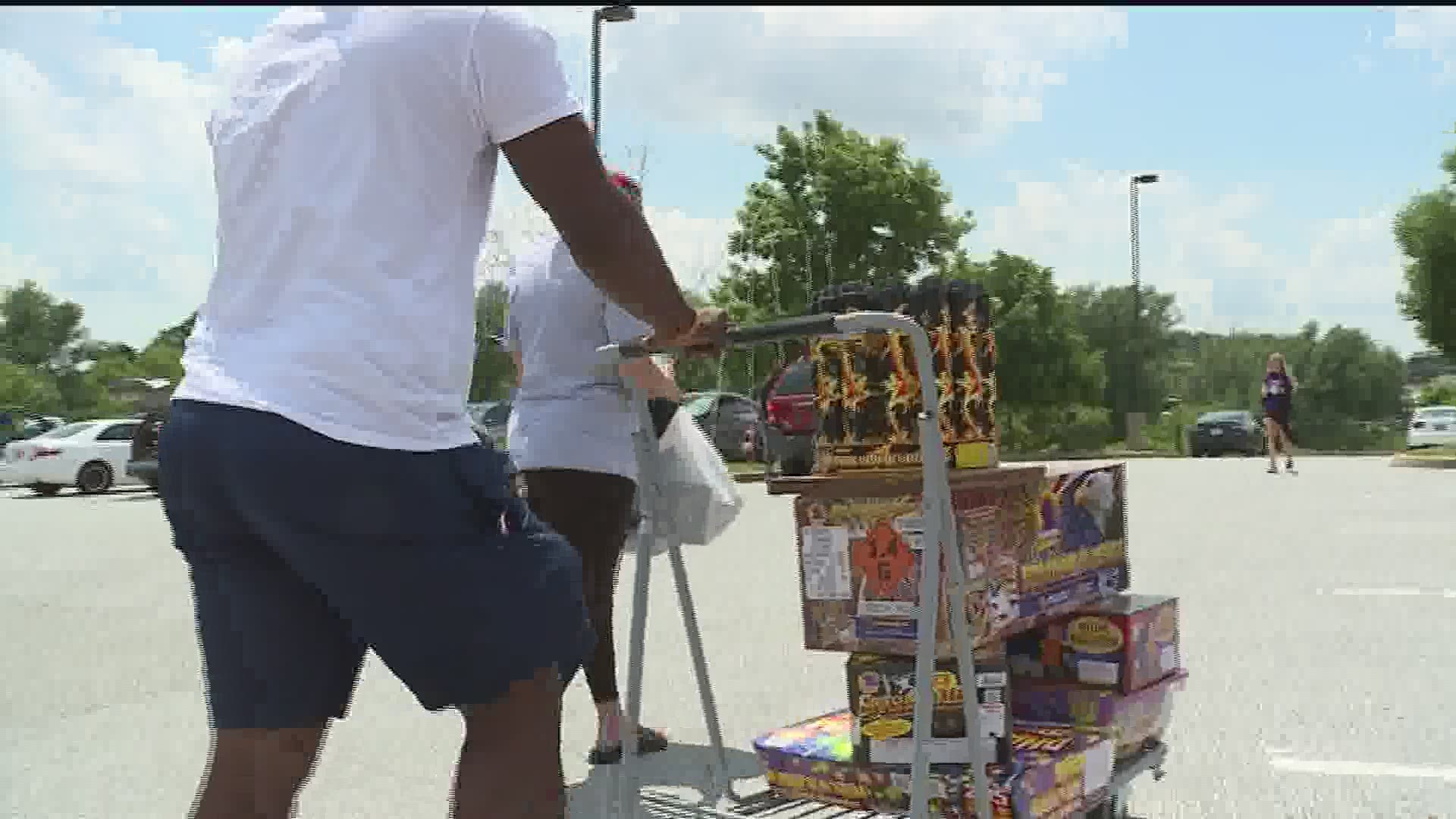 Call it the new toilet paper, fireworks are now emptying store shelves across the region.

Phantom Fireworks in Hopewell Township told FOX43 business is normally up this time of the year. But in 2020, manager Bill Hunt told FOX43 the store has seen a nearly 20-30% increase in sales.

"It seemed like it was our 4th of July weekend when we're extremely busy, cars out the door," said Hunt about this past weekend as he also told FOX43 a buy one, get one sale also helped draw customers into the store.

Hunt said the store is operating under new safety protocols by limiting the number of customers inside to around 160 people at a time. Normally, the store would hold around 235 customers. Store workers are also wearing face shields and all customers are also asked to wear a mask while shopping inside.

"When we get to our capacity we're actually going to limit the amount of people who come in to groups of two and children under 18 won't be allowed in just for flow to go through the store a lot better," said Hunt.

"All the fireworks are canceled, so the kids still want to see some sort of fireworks," said Erik Sheppard, who drove from Baltimore after his local fireworks events were canceled.

Sheppard, along with other customers, left with the store with shopping carts filled to the brim with fireworks.

"During this time period this actually means everything because we've been in so long, especially the kids, that's another reason why I wanted to do this because I know they're probably more bored than we are," he said.

Hunt reminds everyone who plans to buy and set off fireworks to prioritize safety.

"We want everybody to be safe. We want to make sure everybody knows fireworks are very safe if used the correct way," he said.

Lebanon plans to hold its usual fourth of July celebration even though the city is still in the yellow phase of reopening. Harrisburg as well will light up the sky at 9:15 p.m. on City Island the night of the 4th. However, the event is happening with changes due to COVID-19.

July 4th celebrations in Springettsbury Township have been postponed to September 26. York City, Jacobus, and Shrewsbury have canceled fireworks displays. Fireworks at Long's Park in Lancaster are also canceled.