Though harmless to humans, this flower could cause problems for other native species. 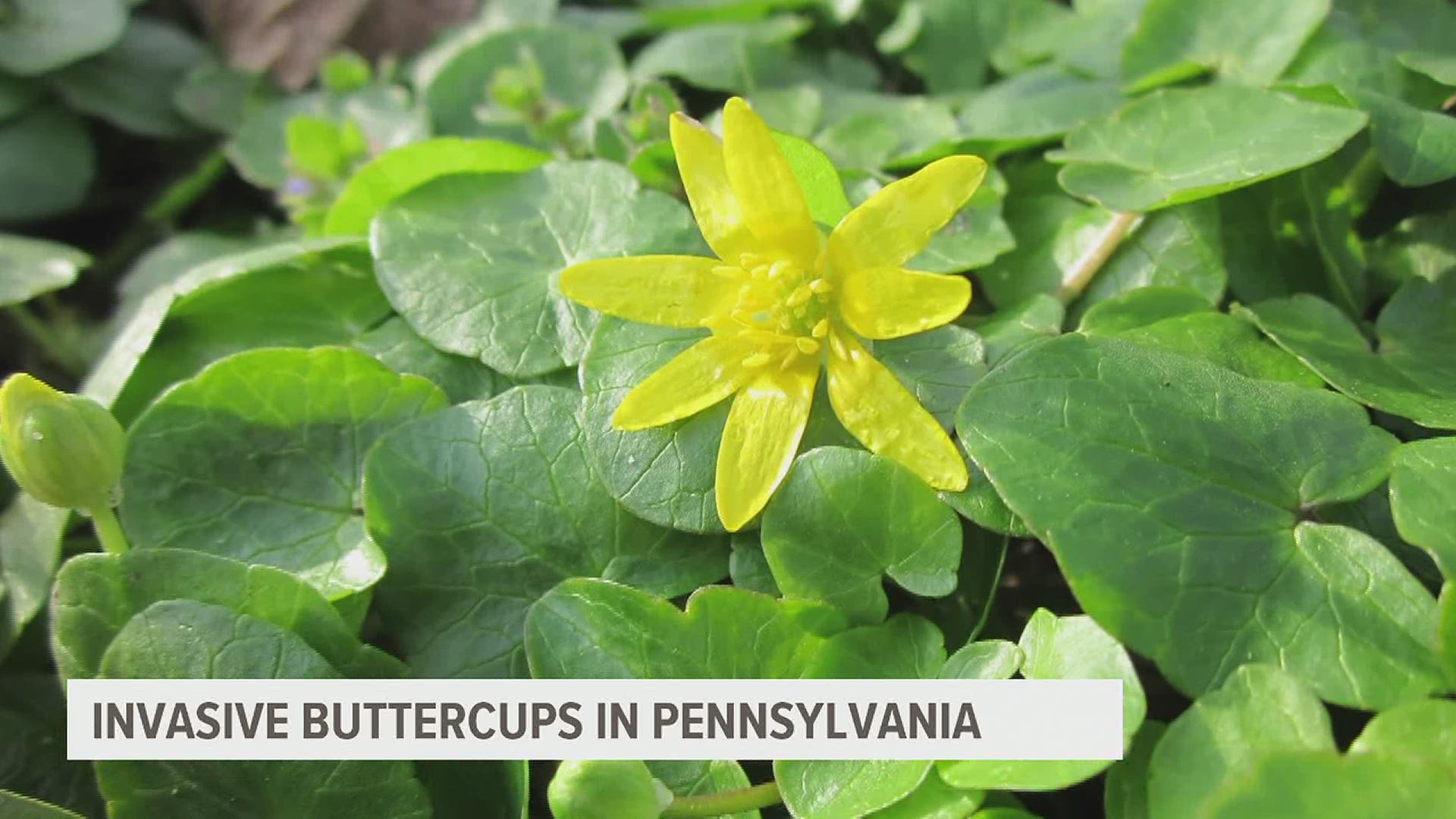 YORK, Pa. — April showers bring May flowers, but not all of these flowers are beneficial to the environment, including fig buttercups.

The fig buttercup, also known as the lesser celandine, is a species native to Europe, Asia, and North Africa, that has also spread across the United States' East Coast.

The plant is sometimes confused with a native buttercup, the marsh marigold, based on their similar color and shape.

The Pennsylvania Department of Conservation and Natural Resources lists the fig buttercup as a severe threat to native plant species.

Tim Abbey, a commercial horticulture educator for Penn State Extension, tells Fox 43 that the plant is not singularly rooted, but grows along the soil and the terrain.

"And so it can really fill in an area and that's why it becomes invasive," Abbey says. "So you can't just go out and try and grab ahold of one and just pull and you'll get some of it but if you leave any of those rooted nodes behind you'll just get more plant."

You can often find fig buttercups in wet soil conditions and along streams or near ponds, however they are resilient plants and can tolerate a variety of environments.

Weather conditions over the past few months have been fairly stable, leading to good growth for buttercups and other plants across the region.

Abbey points out that these buttercups are not dangerous to humans and will not necessarily harm your yard.

“If they’re growing in your yard and you don’t mind having, I’ll call them wildflowers, growing in there, people tolerate them, they find them attractive," Abbey tells Fox 43. "They are a fairly difficult weed to control though if it’s growing in a turf area and you don’t want them there.”

If you are trying to get rid of fig buttercups, mowing them will not likely work and pulling them out to make sure you get all of the roots can be laborious. Abby says the best way to get rid of the plant is to use a herbicide.