Lance was diagnosed with cerebral palsy a year ago. His family hopes non-FDA approved stem cell treatment for the disease can help him walk and talk. 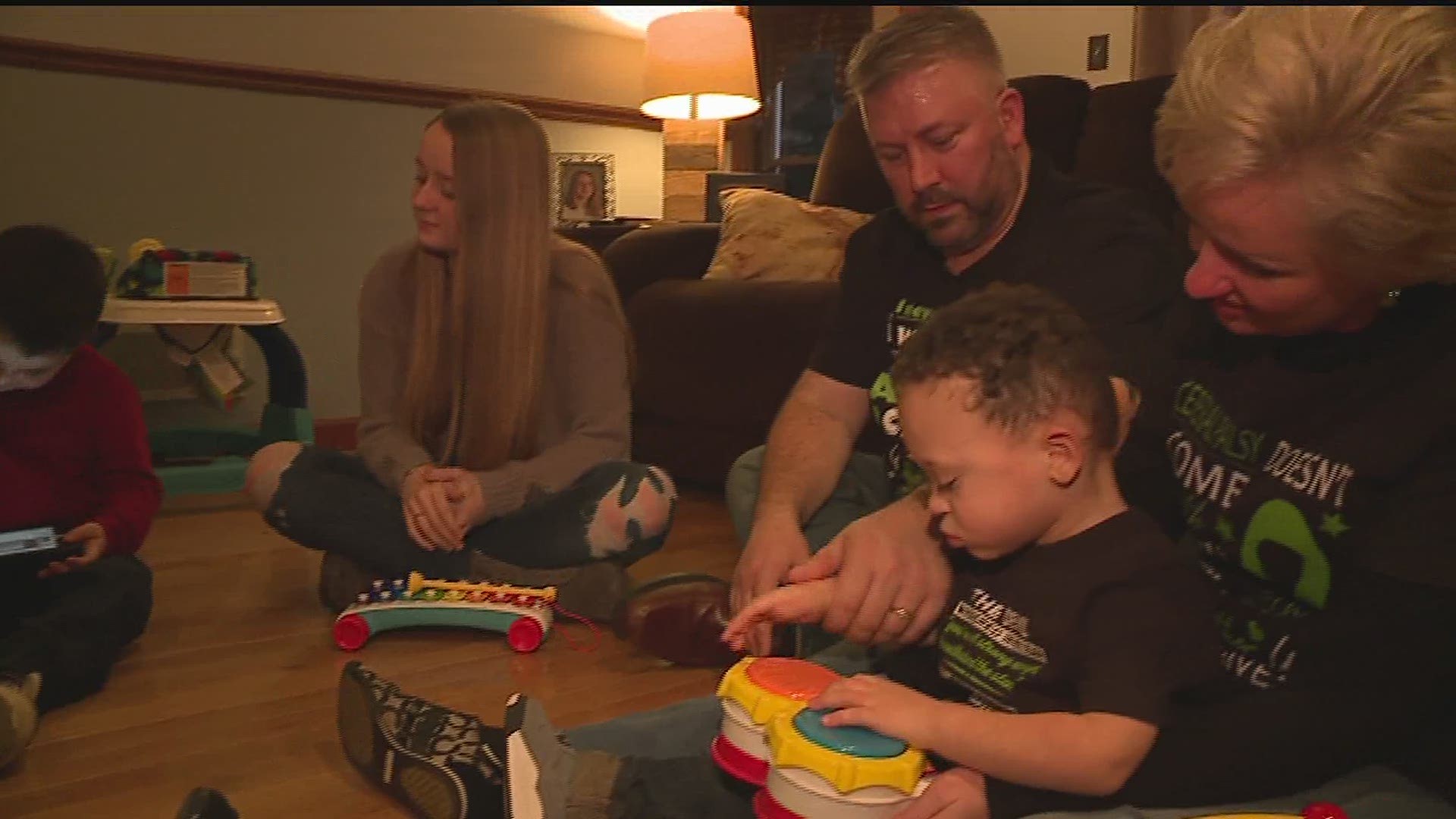 CAMP HILL, Pa. — A family in Cumberland County has turned to stem cells to treat their two-year-old son diagnosed with cerebral palsy. The only problem: stem cell treatment for the disease hasn't been approved by the FDA.

“The day he was born, when he wheeled him down the hall and he was only a pound, and I started to cry and said, “will he live?” And he said, “of course He’s only small," said Danielle Maxwell, Lance's mom.

The words, "he's only small," are what Lance's mom and father Rob have lived by since the day he was born. The preemie, born three months early, has been through several surgeries and complications along the way. But, Lance has always been a fighter.

“Lance fought so hard just to survive the beginning of life, and come home with us," said Danielle. "And he is just so happy and loving and amazing.”

About a year ago, Lance was diagnosed with cerebral palsy. Doctors told his family, he will never walk, talk or take care of himself.

Lance receives a lot of different therapies but, his parents did not want to just stop there.

Danielle began researching stem cell therapies, even speaking to doctors in countries overseas where treatment with stem cells is more readily accessible than in the U.S. The FDA has approved stem cell treatments for some conditions but not cerebral palsy. However, trials to determine the effectiveness of stem cell treatment for the disease are underway.

“What we’ve seen is a small but real appearing improvement in motor function," said Doctor Charles Cox with University of Texas Health in Houston, began a trial in 2013 on the safety and effectiveness of banked cord blood or bone marrow stem cells in children with cerebral palsy, and is now just wrapping up the results from the trial.

“The overall results of this study depend if you’re a glass half full or half empty kind of person," said Dr. Cox. "It is not a compelling miraculous result. It’s not, ‘Oh my God, this child was treated and look at this profound benefit.'"

Because stem cell treatment for cerebral palsy is still in trial phases, it's not approved treatment by the FDA. However, the Maxwells did find a doctor in Harrisburg willing to transfer stem cells from a full-term baby's umbilical cord to Lance. But, since it isn't FDA approved, we were not allowed to be there to show Lance receiving the stem cells. The Maxwells are hopeful following this procedure Lance may someday walk and more importantly be able to communicate with them.

“He wants to be involved," said Rob. "You can tell he’s trying to communicate he just can’t get over that hump. We believe stem cells could be that bridge to help him move a little faster.”

Danielle says, it will take about six months to see if the stem cells will have any definitive benefits for Lance. But, already says she's seeing progress. She says Lance is not able to stand on his own.