"I cannot help but wonder if Mr. Munoz got all the care he needed years ago, could we possibly be in a different place?" questioned one elected leader. 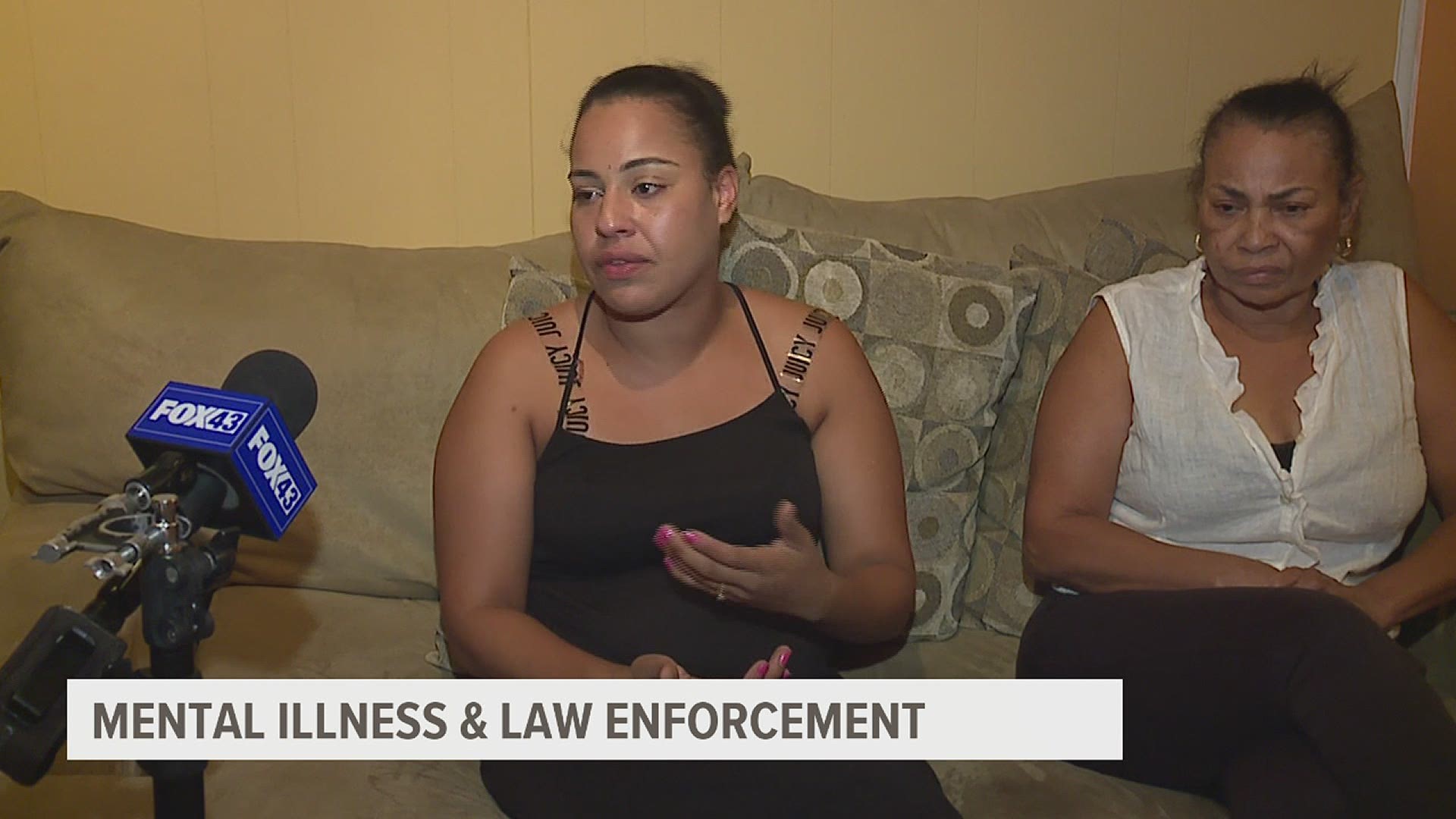 "My brother didn't recognize he had a problem so he didn't want to take medicine," explained Rulennis Munoz.

Rulennis Munoz spoke with FOX43 after a Lancaster City Police Officer, who has not been identified, used deadly force on her brother Ricardo during an incident Sunday in Lancaster. Officials say Ricardo charged at the officer while holding a knife in a "threatening manner."

RELATED: Family of man killed in officer-involved shooting in Lancaster speaks out

Behind the smile, Munoz says her brother Ricardo suffered from schizophrenia and bipolar disorder. Rulennis says 27-year-old Ricardo still lived at home with their mother because small tasks proved to be a large endeavor.

"He wants to get something to eat we would have to cook it for him because he'll literally turn on the stove and have the food there and forget about it. He did that multiple times," explained Rulennis. "He would just forget things, and his mind wasn't there."

"A person with schizophrenia can often have different types of hallucinations," explained Alayna Hoffman, a clinical supervisor at Blueprints for Addiction Recovery.

Experts at Blueprints help people struggling with addiction and mental illness. They say different barriers can keep people like Ricardo from seeking help.

"If they do not have the adequate health insurance of coverage, it's difficult for appropriate doctors or appropriate therapy. Even with insurance, it's cash pay for certain types of therapy. So, if a person is of low income it may not be accessible to people with schizophrenia," added Hoffman.

"If you're low income, often times you're relegated to use Medicaid and other government options, and a number of psychiatrists who utilize those things are pretty limited unfortunately," said Blueprints Founder Chris Dreisbach.

Monday, leaders in Lancaster urged state lawmakers and the Governor for additional support during emergencies where mental health can play a role in the outcome.

"There are a lot of uncertainties and nuance to these situations which can change and rapidly escalate.We need an evidence-based protocol for responding," added Sorace.

"I am acutely aware and from personal experience of the struggles that Lancastrians face in accessing equitable and affordable mental health care," said City Council President Ismail-Smith Wade-El. "I cannot help but wonder if Mr. Munoz got all the care he needed years ago, could we possibly be in a different place? Could his family and could that officer all be in a different place?"

Smith-Wade-El also addressed the notion that having social workers or crisis intervention workers on scene could have changed the outcome of Sunday's deadly shooting.

"We talk a lot about diverting certain calls to social workers and crisis interveners. The truth is that I would eagerly do that to keep my community safe and my officers safe, and I am sure that council would support that effort as well, but we need the county to re-haul entirely how we do 9-1-1 dispatch, and I will go so far as to say that those dispatchers who are burnt out and work all night are criminally underpaid," added Smith-Wade-El.

We reached out to Lancaster City Police to see what information the officer had before approaching Munoz' home. Did he know about Ricardo's mental illness? Was he informed by a dispatcher of previous calls to the house? We asked these questions:

Chief Jarrad Berkihiser said he cannot comment on questions 1,4,5 as the situation is under investigation by the District Attorney's office.

The chief said he could take questions on protocol for domestic disturbances and emergencies where mental health plays a role. FOX43 is awaiting a response.