There are cards circulating online and in person which supposedly exempt a person from wearing a mask in public, but officials say they are fake. 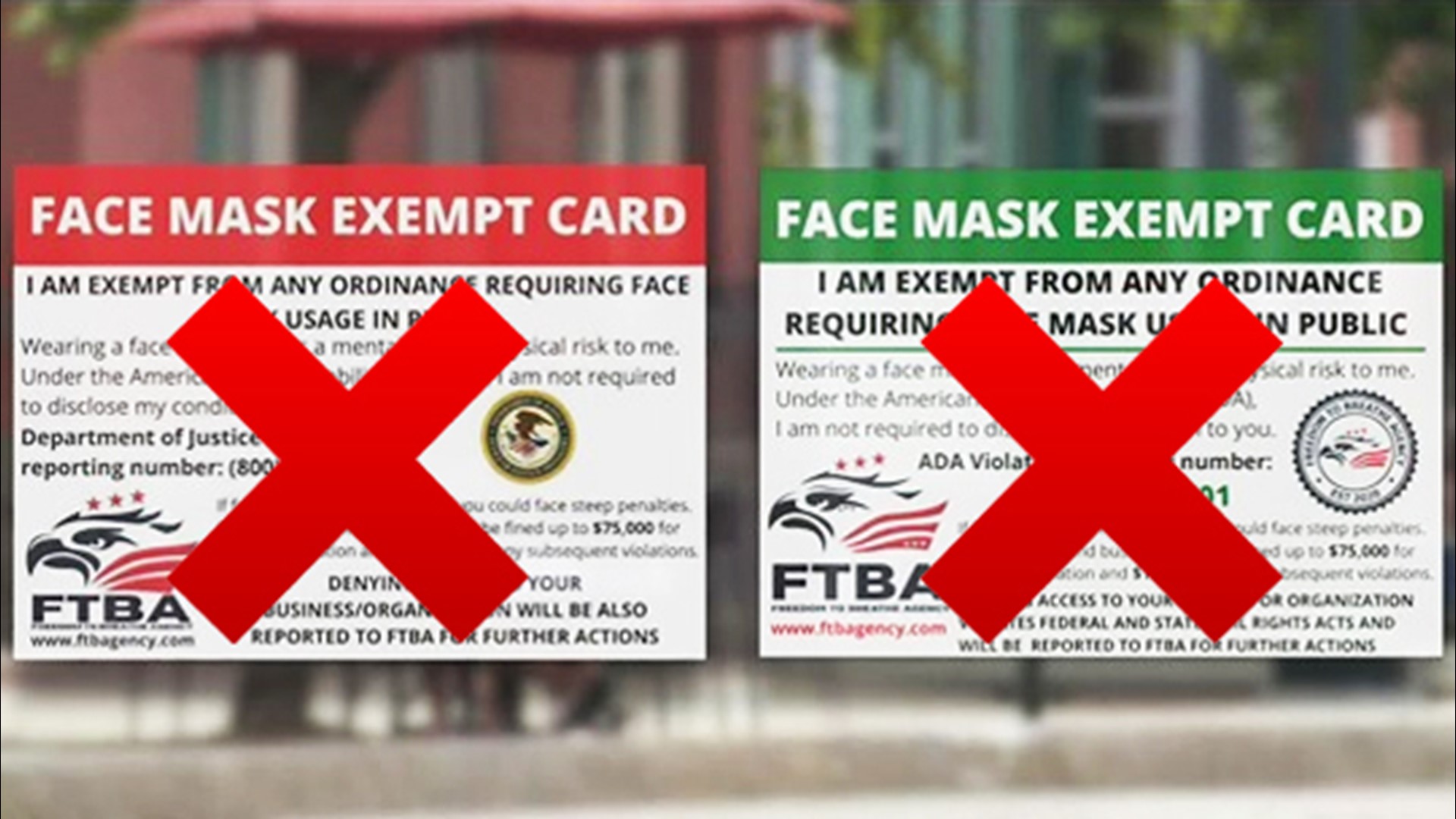 PENNSYLVANIA, USA — There are cards are circulating online and in person which supposedly exempt a person from wearing a face mask in public.

The cards cite the Americans with Disabilities Act and bear official-looking logos that say "FTBA." It stands for "Freedom to Breath Agency."

On its website, it says it's a "movement of proud American citizens who are dedicated to protecting their freedom and liberty."

However, the cards aren't a free pass, according to Daniel Fennick,an attorney in York County.

"It's far more complicated than holding up a card that says, 'I have a disability you can't ask me to wear a mask,'" Fennick said.

The two cards look similar, but the one with a red header has a Department of Justice logo. It's this version, from a legal standpoint, that Fennick takes issue with.

"This is a federal crime because you're passing something off as being issued by the federal government and it's not," Fennick said.

FOX43 reached out to FTBA and was able to get an interview with the founder of the national movement, Lenka Koloma. She said it was a misunderstanding.

"Basically it was a very initial draft which was released and went viral," Koloma said. "And when it goes viral you cannot take it back. But we issued official statements. This was never issued by the Department of Justice."

But Fennick said neither version is legitimate. There's only one thing that will allow someone not to wear a mask.

"The person would have to get medical documentation from their physician," Fennick said. "And that would have to say, 'number one this person has a disability,' and 'number two, it should list what accommodations the person needs.'"

The business would then have to honor the accommodations as long as there isn't an undue burden on the business.

As for the intent behind the cards, Koloma said they are an educational tool for citizens' legal and human rights.

"It's to empower our community to make the right choices that fit your personal needs," Koloma said. "The businesses are not medical experts to dictate what someone should do with their bodies. They are basically practicing medicine without a license. And that's a crime."