Elvis has been on the run and has been quite the celebrity on Facebook for his sightings throughout Perry County. 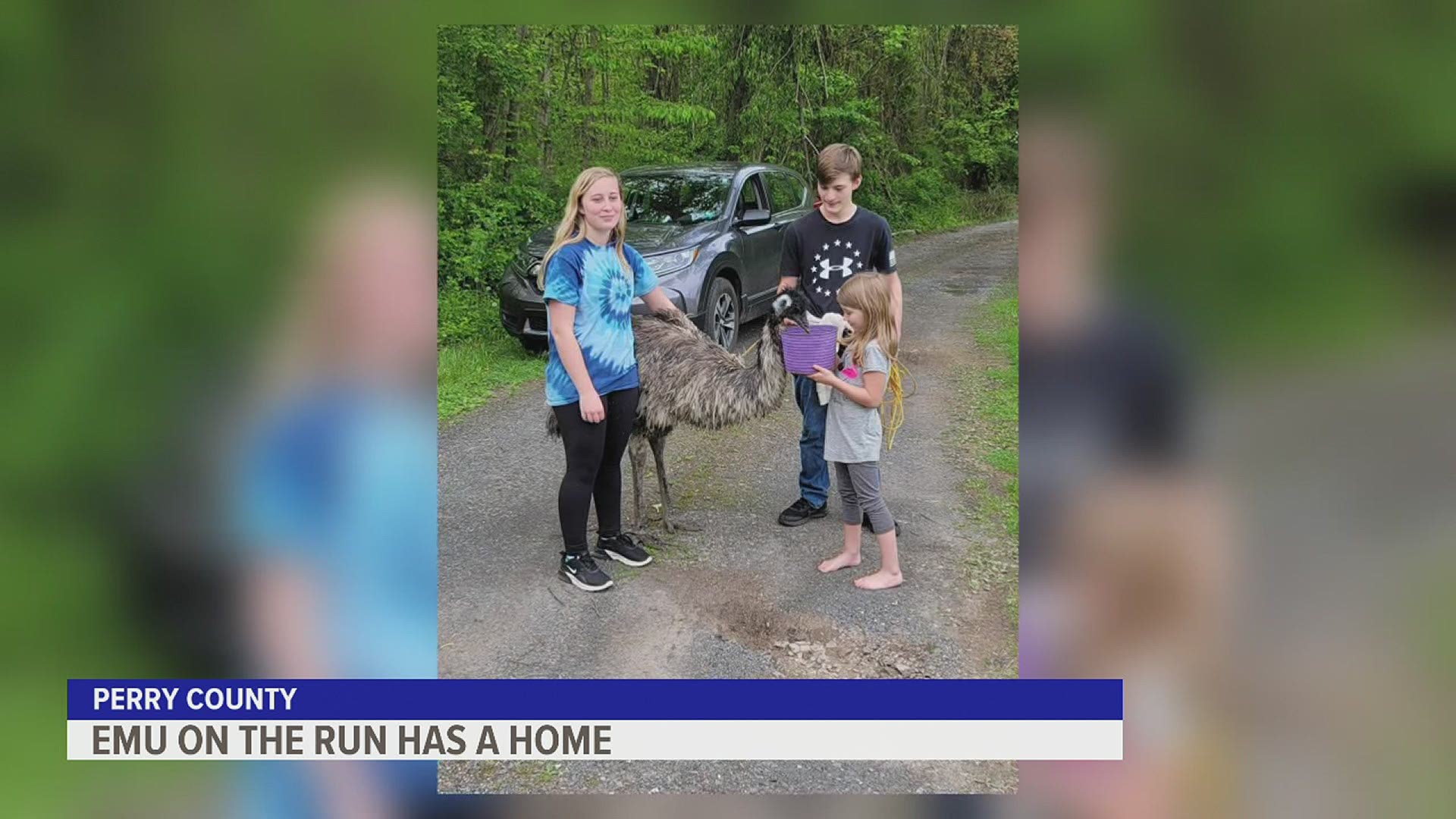 Elvis has been on the run and has been quite the celebrity on Facebook for his sightings throughout Perry County.

Hanna Yohn, 15 said she was getting off the bus at school when she noticed Elvis in a neighbor's yard and then on the road.

Yohn rushed up to the house with her brother Carter to inform her grandmother about the Emu then went back to the road to bring him home.

"We didn't think that he was going to be there, we thought he was either going to run off or he would be hit," said Yohn.

But to her surprise, he was still there. Yohn then grabbed some chicken and a bucket to retrieve Elvis with the help of Carter.

Yohn had to do some convincing, but her grandmother said yes which ultimately allowed her mother to become open to the idea of this new addition to the family.

"She told my mom that it would be so cool to have him and that since we were already like spending time together, it was like, why not?" Yohn said.

Yohn said Elvis, which name was provided by the community during his sightings, was very receptive to her after she brought him home.

"I'm not sure why they named him Elvis, I guess because of his hair. He kinda' has this curly hair that kinda' reminds you of Elvis," said Yohn.

Yohn said a veterinarian will soon confirm Elvis' gender, but she thinks it's a boy.

The Yohn's family plans to begin construction on a home that will serve as a more permanent space for Elvis, which will include an outdoor emu run.