On Saturday morning, Elvis’ owners said they realized that he escaped after his pen’s gate and lock were tampered with. 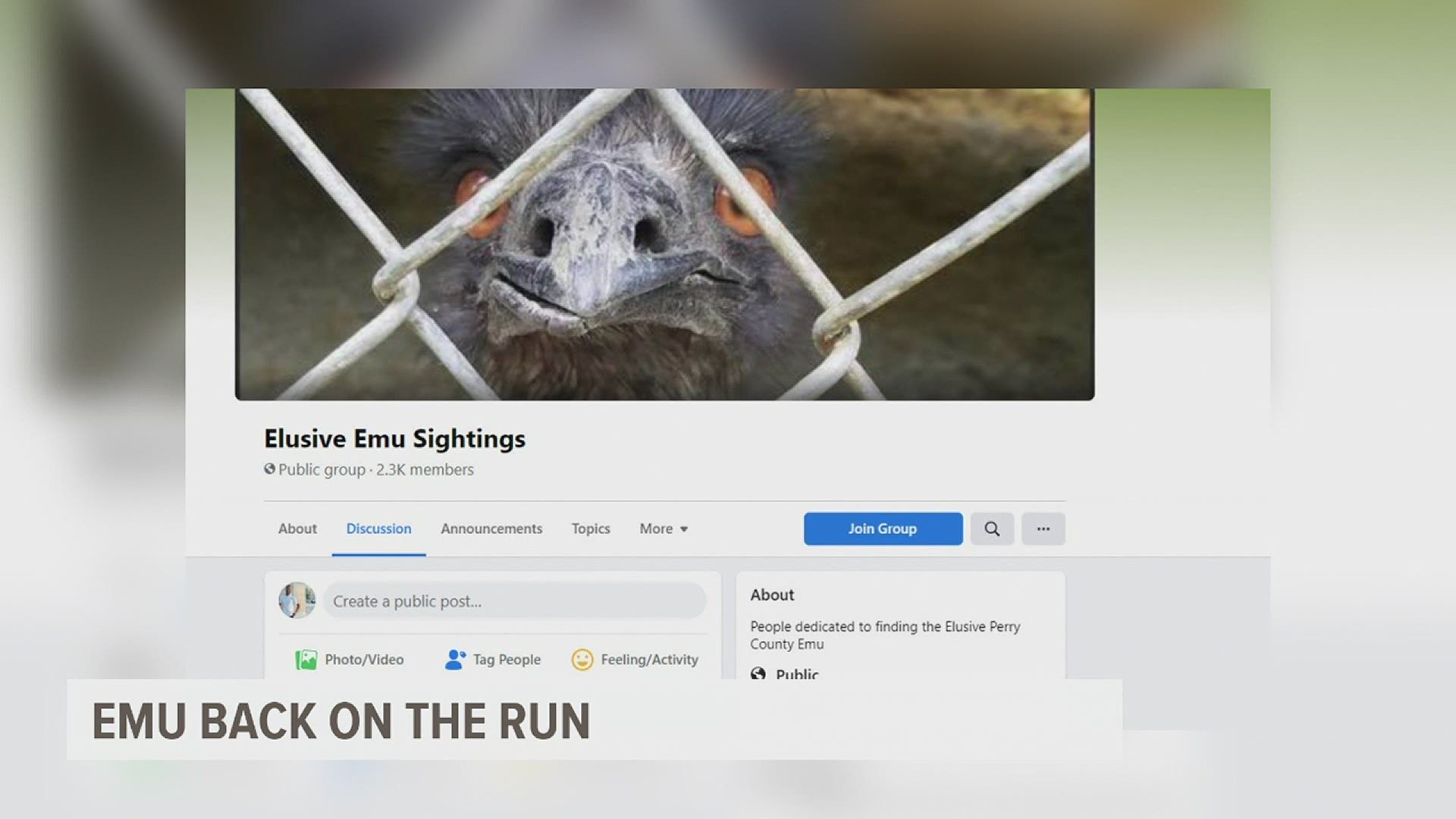 PERRY COUNTY, Pa. — Elvis the emu — whose sightings captured the attention of the Perry County community over several months —  is back on the run after escaping his pen.

On Saturday morning, Elvis’ owners said they realized that he escaped after his pen’s gate and lock were tampered with.

“ I didn’t even have to have anyone tell me. I just heard my mom gasping and I was like ‘oh no,” said Hanna Yohn.

Yohn said her family began spreading the word to everyone including on Facebook to help bring Elvis home.

Elvis' last known whereabouts were on Saturday in New Bloomfield borough after someone said they spotted him in the area before he went into the woods.

“We went up there,  we looked around. We went there multiple times back and forth in areas we thought he would come out to, and we still have not seen him,” said Yohn.

Yohn said search efforts continued Sunday, and they will hit places where Elvis might be headed in New Bloomfield and Duncannon borough.

Yohn said if anybody sees Elvis to try to contain him by feeding him apples and bran flakes or carefully use a rope to keep him in a close space such as a half-empty garage or barn until the family gets there.

“He’s not mean, he’s very friendly,” said Yohn. “Just don’t like run after him because that might scare him,” said Yohn.