The week he graduated high school, Eric received an email from a police department in Montgomery County, Pa asking for his help on a cold case. 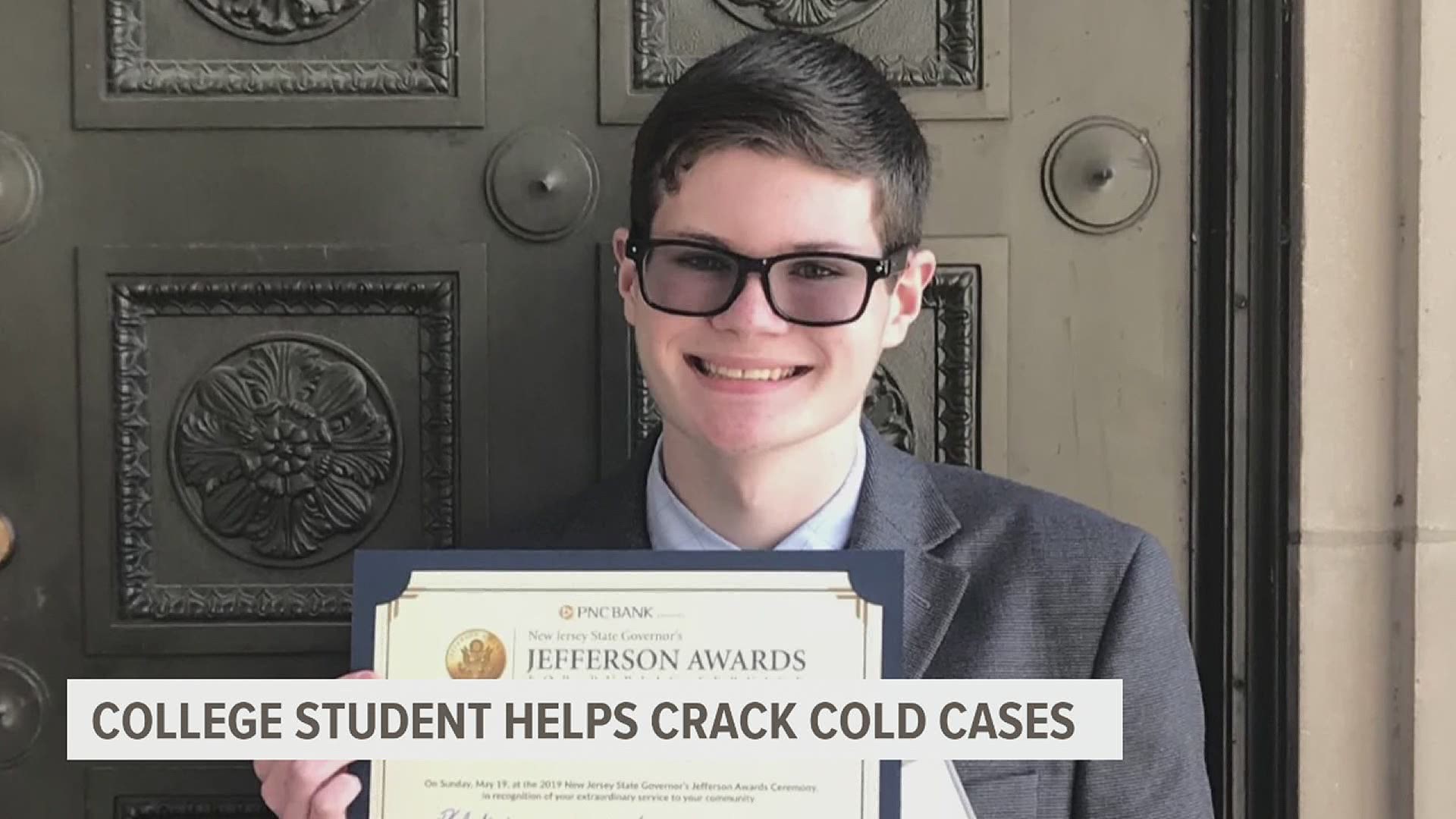 ELIZABETHTOWN, Pa. — Nineteen-year-old Eric Schubert was first interested in genealogy when he was about ten years old and sick at home.

"My mom saw an ancestry commercial or something like that--so she just suggested maybe I past some of the time--do something interesting," said Schubert.

Five years later, he was about 15 and looking for a job that would keep him busy.

“I was like...You know what? I wonder if there is any local interest for me to help you know--my neighbors and those type of people out with their family tree," he said.

Eric says he underestimated the amount of people who would reach out for help.

He ended up helping people locally and all across his home state of new jersey.

The week he graduated high school, Eric received an email from a police department in Montgomery county, Pennsylvania asking for his help on a cold case.

“I wasn’t sure if I should do it, is this a murder? is someone going to come after me? like I was barely 18, I was  a little nervous," he said.

He was able to crack his first cold case a couple of months ago by using genetic genealogy, but Eric says the details of the case haven’t been announced yet.

“When the puzzle pieces all click together—it is amazing because all the effort you put into this regardless if it took you 11 months—it all pays off because you found who you were looking for," he said.

Eric is now working on about a dozen cold cases with police departments across the country as well as continuing to help reconnect families.

He says even if he doesn’t pursue this as full time career, he will always be involved in some form.

“Just because I can’t stay away and as long as there is a need I’ll go for it," he said.