Leanne Kalb has been running the "Panther Pack" meal distribution program for the last five years. It's never been more important than now. 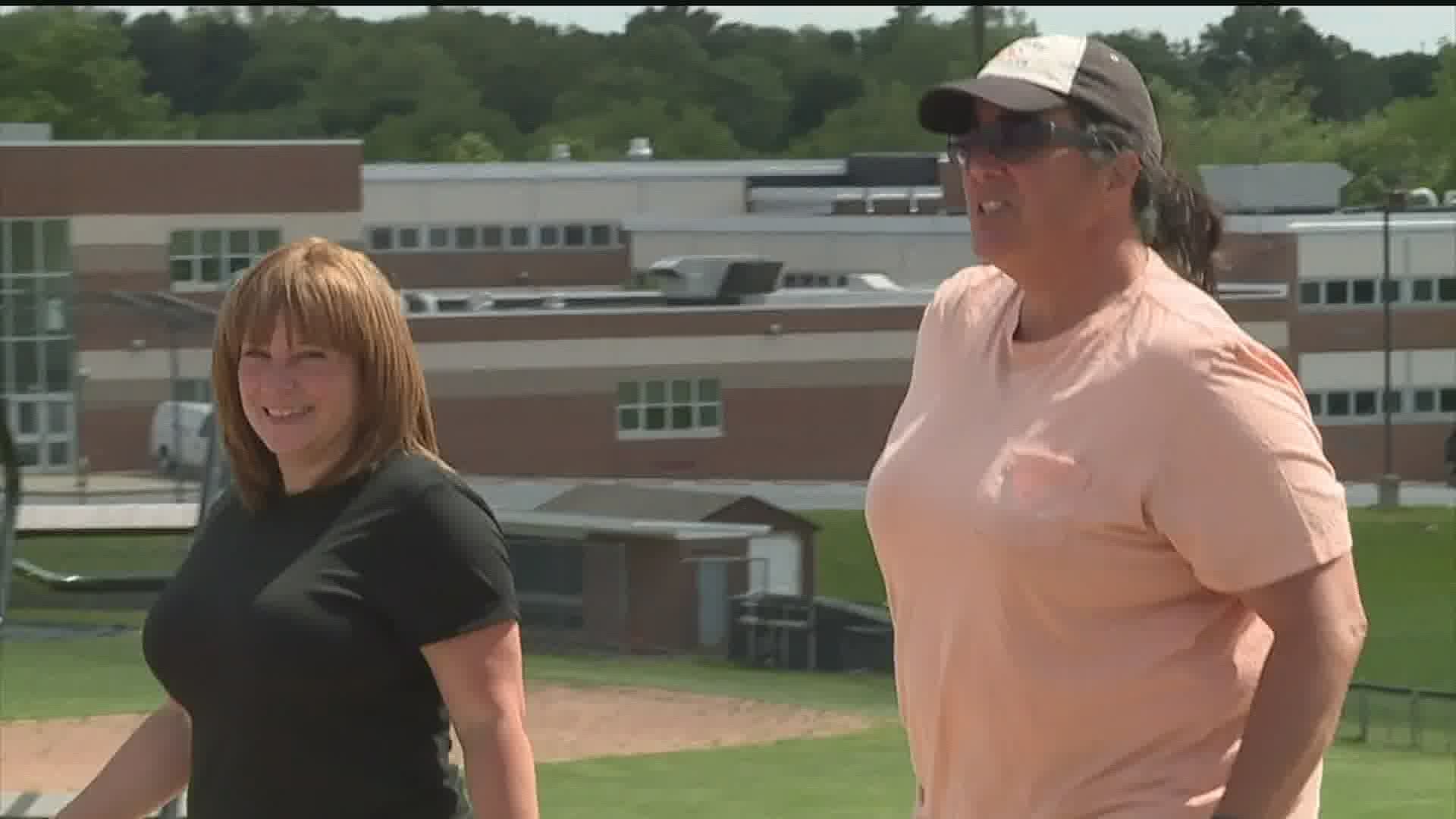 ENOLA, Pa. — Cars line up two at a time, almost 120 of them, stretched back around the side of East Pennsboro Middle School towards the front entrance.

At the front of the line is Leanne Kalb, an employee in the East Pennsboro School District, and the reason why more than 300 students are about to get meals for the week, they may not normally be able to get.

Kalb runs PantherPack, a food distribution program which she started five years ago. Nearly 30 percent of East Pennsboro students qualify for free-and-reduced-price lunches, meaning parents might be struggling to put food on the table during the week.

During the COVID-19 pandemic, the need is only amplified.

"It's a huge need for such a small community," Kalb said.

Donations come in by the truck load from the Central Pennsylvania Food Bank. Often times, she says, people will donate money or food to her through their own good will.

"I've come here and found food at the cafeteria door. Meat we just got from Karns was paid for by donations," Kalb said. "I've come home to 15 Thanksgiving turkeys on my doorstep."

Kalb provides a delicious menu, no less. Families get an array of produce, meats, perishable and non-perishable items. Drinks like milk and water. Fresh bread and fruit.

John Bruetsch is East Pennsboro Township's Public Information Officer, and has watched PantherPack grow from helping 40 students in its first year, to over 300 now.

"A lot of families, neither spouse is working right now, and you'll do anything to feed your children," he said. "She's got a heart of gold. To me, she's a community hero."

As the program has grown, so has Kalb's profile. Twenty-five people, mostly East Penn students, volunteered for the most recent food distribution on Monday. There would have been more. Kalb says she had to turn students away because of social distancing rules.

"It's a big community with a big heart," Kalb said. "My dad said to me, 'You’re like an artist, and you should step back once in a while and just take a look at what you’ve created because it’s a pretty amazing canvas."

East Pennsboro families know: If you have extra, just leave it for Leanne.