'By the time you realize what it was you’re like, oh my God, I can’t believe what I just saw,' Bekka Gunner said. 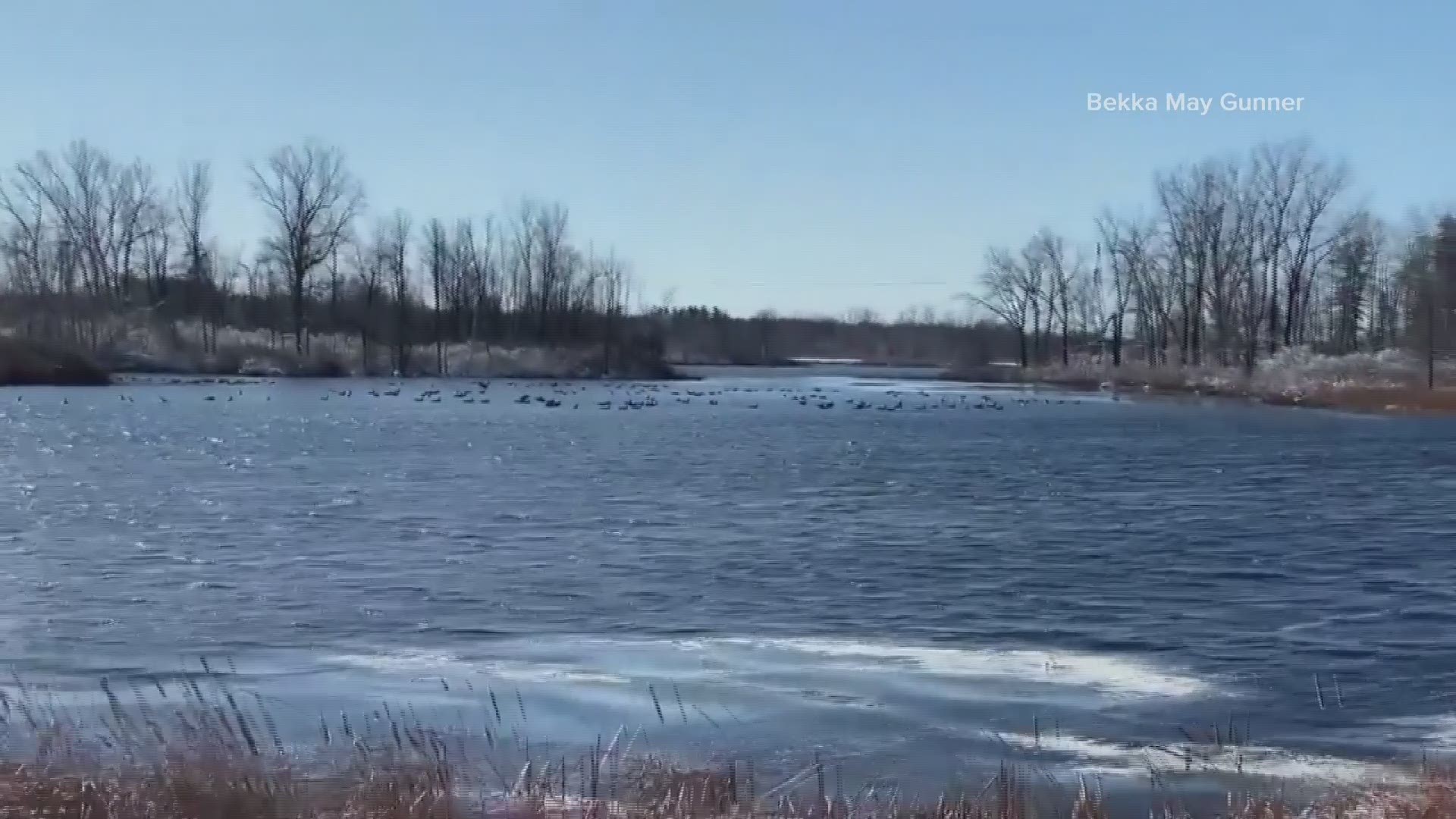 NIAGARA COUNTY, N.Y. — It was an unexpected moment caught on camera by Bekka Gunner, who was out dog sledding Wednesday in Royalton.

“Actually, my phone was out because I was trying to record swans, because there are swans in the swamps right now," Gunner said.

When she turned her camera back to the east and her sled team for a split second, Gunner saw it.

"What I thought I saw was a kite, it looked like someone had let their kite go,” she said.

While no one has identified the object, it's believed to have been a meteor that flew across the Western New York sky around noon Wednesday and continued across the state.

What are the chances!?

Bekka Gunner shared this video with @WGRZ of the reported meteor heard & seen in #UpstateNY today.

Bekka was out dog sledding (also cool) in Royalton, near the Erie, Genesee border. #WNY #CNY

“It kind of looked angular, purple and greenish just like shiny looking thing and then before you blink an eye it’s gone," explained Gunner.

While hopes of finding the rock responsible for Wednesday's light show is unlikely according to NASA. They report most space rocks smaller than a football field break apart in Earth’s atmosphere and burn up resulting in a bright flare, as seen in the video.

Typically less than 5% of the original object will ever make it down to the ground and range between the size of a pebble and a fist. With 70% of the Earth's surface being water, finding one on land can also prove to be difficult.

Gunner said she feels lucky to have seen one in person and posted on Facebook, that buying a lottery ticket wasn't out of the question.