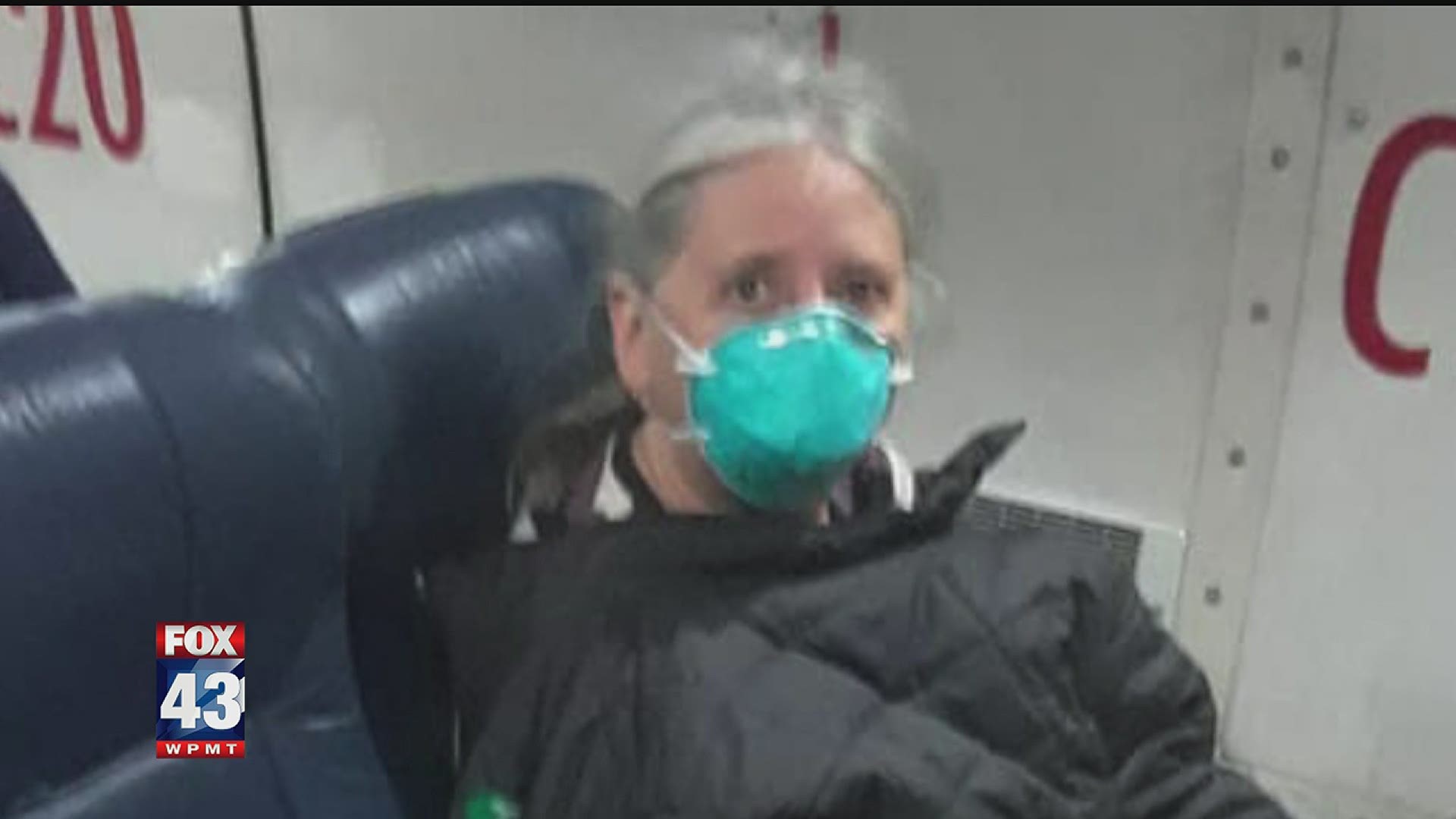 Colette and Bill Smedley of Dillsburg have a lot to celebrate. But, unfortunately the only thing they can celebrate is starting a second quarantine for the coronavirus, this time at Lackland Air Force base in San Antonio, Texas.

The Smedley's are among the 340 passengers that arrived in Texas and California from Japan where the Smedley's had been quarantined onboard a Diamond Princess cruise ship since February 5th.

Fourteen of the 340 passengers tested positive for coronavirus. And, the Smedleys said some of the 14 were onboard their flight.

"Some of the passengers proved positive. So, they isolated them in a tented area," said Bill Smedley. Bill said he and his wife have been self-monitoring their temperatures and so far, the couple has not tested positive.

"We're fine. Our temperatures have been normal or below... we were self-monitoring on the ship and now they're going to  monitor us twice a day," said Bill.

Bill Smedley said the people who tested positive on his flight were transported to Nebraska. The State Department said the 14 did not show symptoms at the time. Still, Bill Smedley said the positive passengers on his plane were not the first people who he and his wife have had contact with that have fallen sick. Back on the cruise ship the couple was trapped on multiple passengers became ill, he said, including their head waiter.

"Our head waiter at our table for dinner that served us every meal for 29 nights, touched every one of our plates, now is in the hospital," said Bill Smedley. He added, "we were exposed to it. Whether we get it or not is not the issue I think."

Colette Smedley celebrated her birthday onboard the flight to Texas in a mask.

"Happy birthday Colette. We left the ship at midnight. 6.5 hr stuck on a bus after a 15 minute drive to the airport we took off. Passport system horrible. 12 buses with a police escort side streets blocked curtains drawn .Felt import. We are in the first class section. Seats are old Russian passenger plane seats that are so much more comfortable than the new seats even have leg room . Headed to Texas and then maybe to Nebraska no one knows. Plane is warm now but freezing for the first 5 hrs. 12 .5 total hopefully. Porta potties strapped down with plastic pipes running out side for our comfort. 160 ppl. Suited hooded. Drs running around took temps once. Another scheduled. One medic was in tears as he welcomed us on board. "All of America is praying for you" he said. The enormity of this situation struck me pretty hard seeing his welcome. Coolers of water box meals and snacks plentiful. Even chips yes. No media anything to occupy our time, however we are sitting with some great new friends to help with the time. Talking is difficult with masks. Should touch down 1230 pm ish Not sure what's gonna happen .Probably a lot more waiting around hopefully not but we shall see."

Credit: Bill Smedley
Bill & Colette Smedley are headed back to the US after spending their wedding anniversary in quarantine on a cruise ship off Yokohama

The couple began their vacation January 6th and were supposed to be home February 3rd.

Read more about the coronavirus and quarantine

Watch when the couple first spoke to FOX43 on Feb. 10: 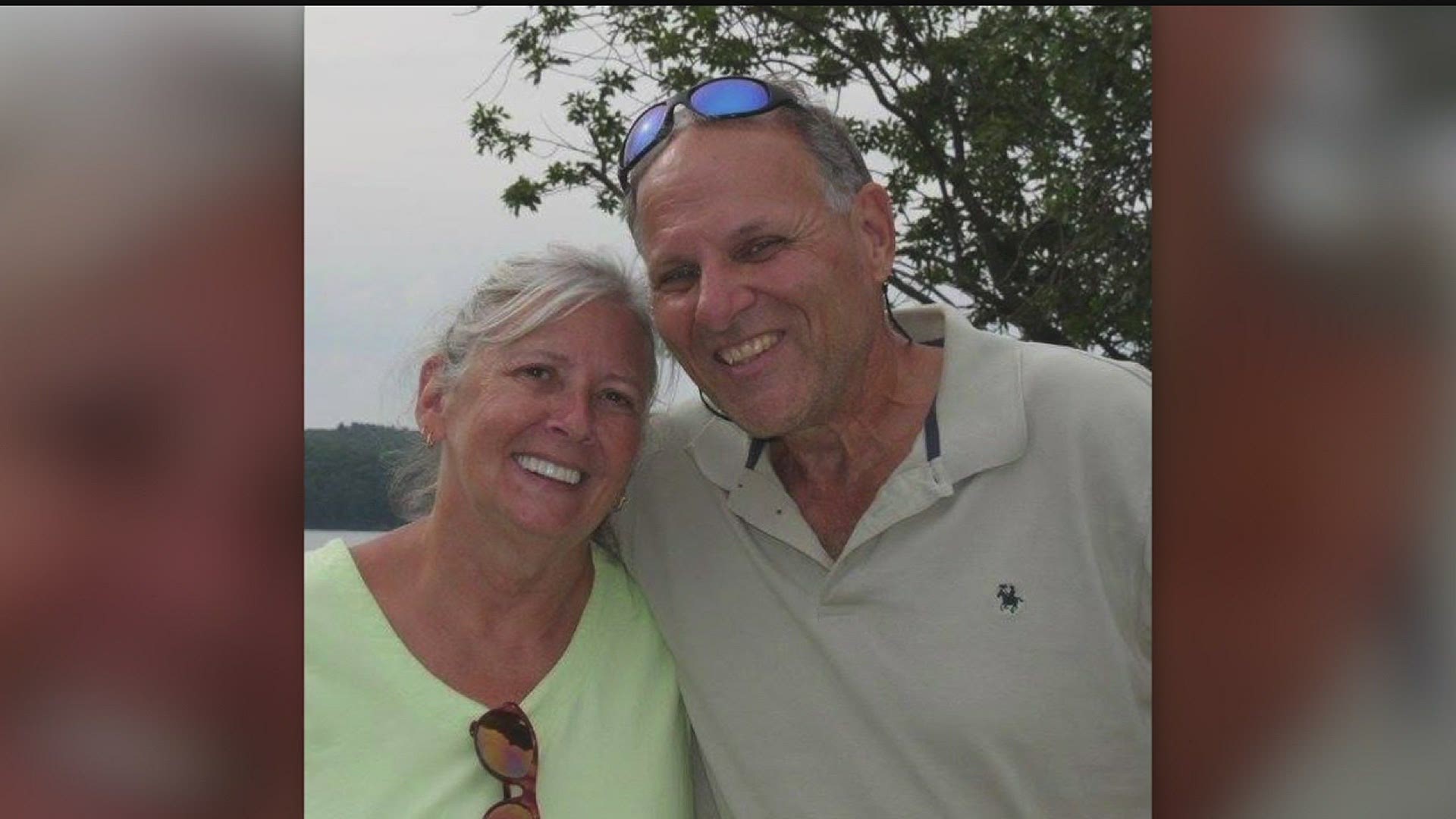