'It's a huge problem.' Dickinson College accused of Title IX violations over its handling of sexual assault allegations

A federal lawsuit filed by a graduate of Dickinson College states that the school destroys evidence during Title IX proceedings. 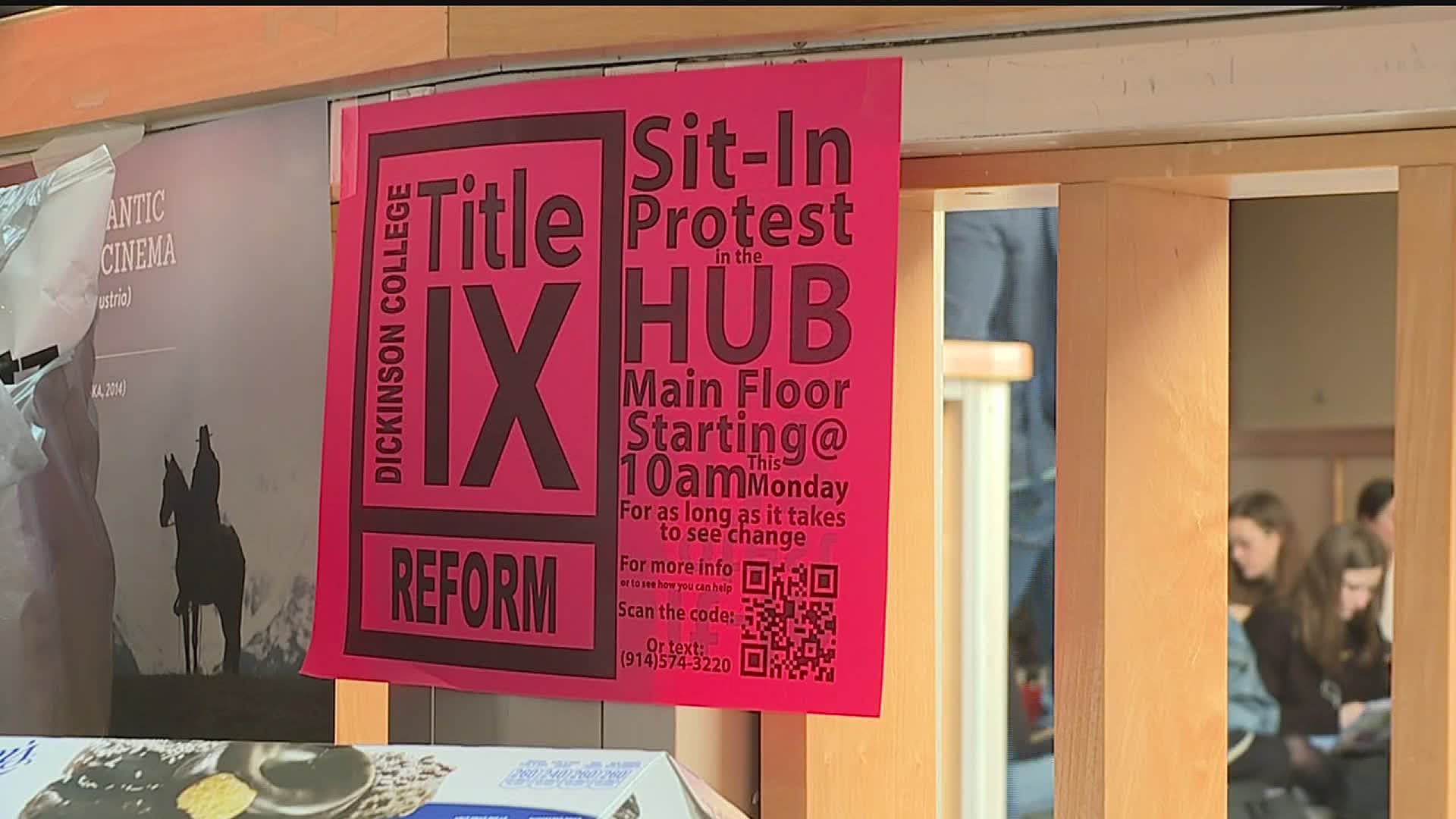 CARLISLE, Pa. — A graduate of Dickinson College is suing the school over its investigation into her 2017 report of sexual assault. According to the federal lawsuit, the college destroys case evidence and ignores reporting requirements.

Rose McAvoy said Dickinson College failed to properly investigate her case in a timely manner. She filed a Title IX complaint shortly after the assault and the school delayed the investigation, she said in the suit.

Title IX refers to the federal law that prevents all forms of sex discrimination in education. Dickinson’s Title IX Policies and Procedures said that all cases should be completed within 60 days. Dickinson took seven months to complete McAvoy’s Title IX case. Her attacker was found guilty of sexual assault in May 2018 and was placed on probation for one semester.

“We do more than follow the law on Title IX, we work diligently with those involved to reach a fair and equitable resolution of these cases,” said Christine Baksi, Dickinson’s director of media relations.

The lawsuit states that Dickinson continues to destroy evidence during Title IX proceedings. Recordings of interviews conducted during the college’s investigations are destroyed before the conclusion of an investigation, according to the suit.

Nearly half of the 40-page transcript from McAvoy’s Title IX case was fully redacted, despite the college stating they would only redact personally identifiable information.

“It’s not just my story. I’ve literally heard the same thing from so many other students at Dickinson. It’s uncanny. It’s insane and not everybody is in a position where they can get justice for their case, so I feel like I have to in order to ensure that this doesn’t keep happening,” said McAvoy.

The lawsuit accuses Dickinson College of the following five counts:

- Breach of Implied and/or Express Contract

In February, hundreds of students protested the school’s Title IX process. Administrators vowed to implement 18 changes to their policies, which included permitting access to any and all materials related to a person’s Title IX investigation and determination.

“While we cannot comment further on pending litigation, we can share that we were surprised and disappointed to learn of this lawsuit because we worked with Rose to come to an agreement that instituted the majority of the changes she requested,” Baksi said in a statement. “Rose and other students joined the administration in signing that agreement in February, and we have lived up to the letter and the spirit of that agreement since then.”

McAvoy said the college hasn’t lived up to their agreement and continues to destroy case evidence.

“It’s kind of created this network of people who have gone through the Title IX process,” McAvoy added. “People reached out to us saying ‘Hey, I tried to get my documents, but they said they don’t exist anymore or I can’t have them.’”

The lawsuit is asking the U.S. Middle District Court of Pennsylvania to require Dickinson College to implement the following changes to its Title IX policies:

- Institute, with the assistance of outside experts, and enforce a comprehensive sexual harassment policy.

- Provide for annual, independent review by outside reviewers of Defendant’s compliance with sexual harassment policies, The Clery Act, and Title IX guidance

- Allow full transparency during the Title IX investigative process, including, but not limited to, preserving and providing access to un-redacted and uncensored versions of all investigative materials, interview transcripts and recording during the review period of the draft investigation report and any appeals that may follow the completion of the investigation.