The Marines died in an April 2019 attack on an American convoy after a car rigged with explosives detonated near their armored vehicles in Afghanistan. 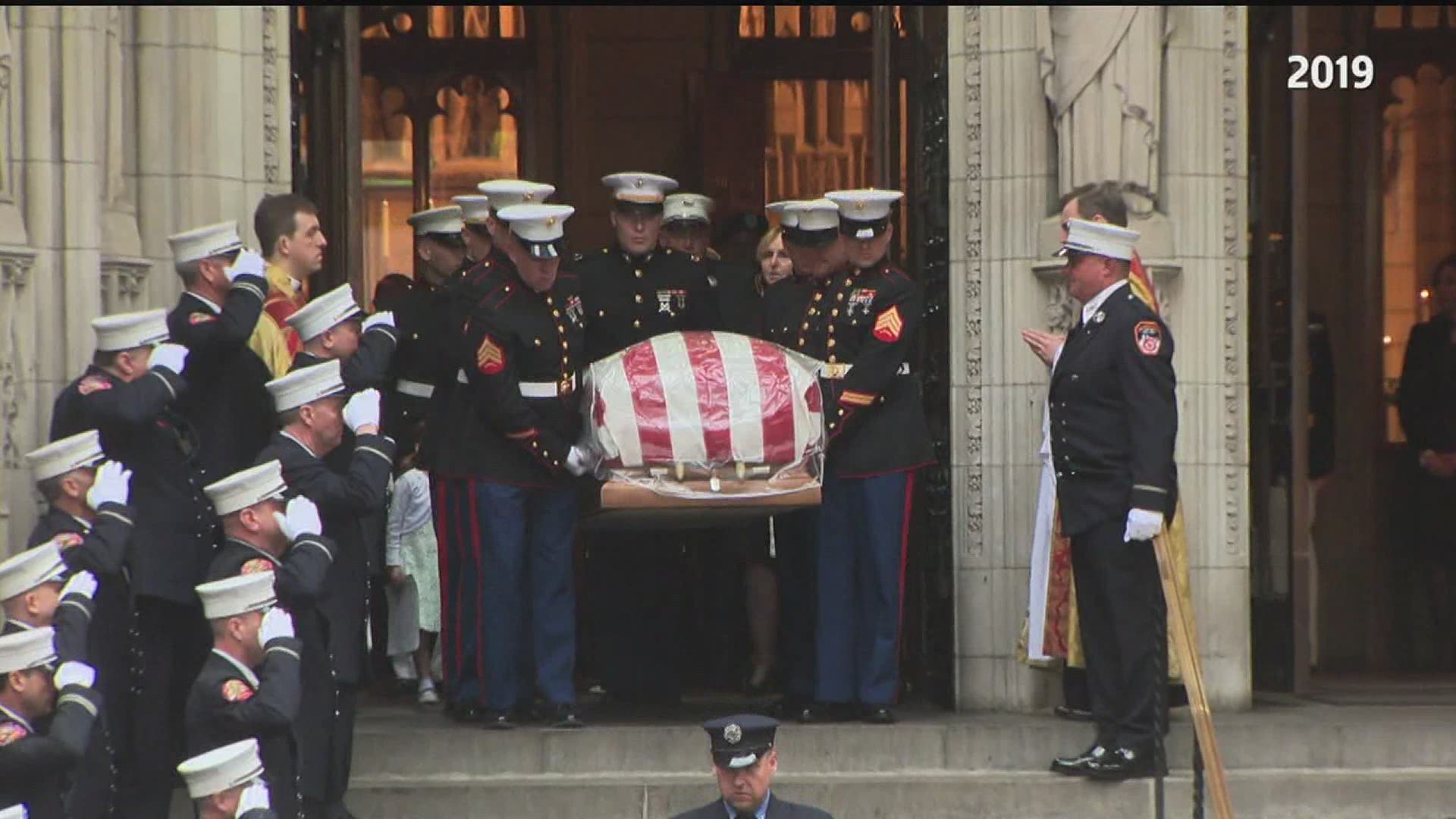 YORK COUNTY, Pa. — The deaths of three Marines, two of whom have York County ties, are now being investigated by U.S. officials to determine if they died because of alleged Russian bounties.

Top officials in the White House were aware in early 2019 of classified intelligence indicating Russia was secretly offering bounties to the Taliban for the deaths of Americans, according to U.S. officials with direct knowledge of the intelligence, The Associated Press is reporting.

Family photos offered a glimpse into the life of Staff Sgt. Slutman. He was a devoted husband and proud dad to three little girls, who united many different people in life.

Staff Sgt. Slutman was a New York City firefighter for 15 years. His funeral procession in Manhattan drew a sea of thousands of firefighters and Marines.

He lived part-time in Delaware and his father, Fletcher A. Slutman, lives in Lower Windsor Township, York County.

“He worked hard at everything he did. He was meticulous,” Fletcher Slutman told FOX43 last year. “He was an Eagle Scout. He studied hard. He did every job very well. He did his work around the home and did work in the community.”

Staff Sgt. Benjamin Hines was a 2006 graduate of Dallastown Area High School. He was a leader in the schools JROTC. Early on in his life, stars and stripes became his signature.

“He is the complete patriot of the United States,”his cousin, Jeremiah Stahlman, told FOX43 last year. “Everything he`s done is always for the country.”

Staff Sgt. Hines is remembered for his uncompromising respect and infectious sense of humor. Hundreds of people attended his funeral in Camp Hill last year, a sign of his lasting impact on South Central Pennsylvania.

“Ben was the type of guy that, he walked into a room and everybody knew he was there. He was the light on everybody,” Alec Ceetz, a high school friend, said at Hines’ funeral.

Staff Sgts. Slutman and Hines were both part of the 2nd battalion, 25th Marines, 4th Marine Division based in Harrisburg.