Munoz was reportedly armed with a knife at the time of the shooting, authorities say. 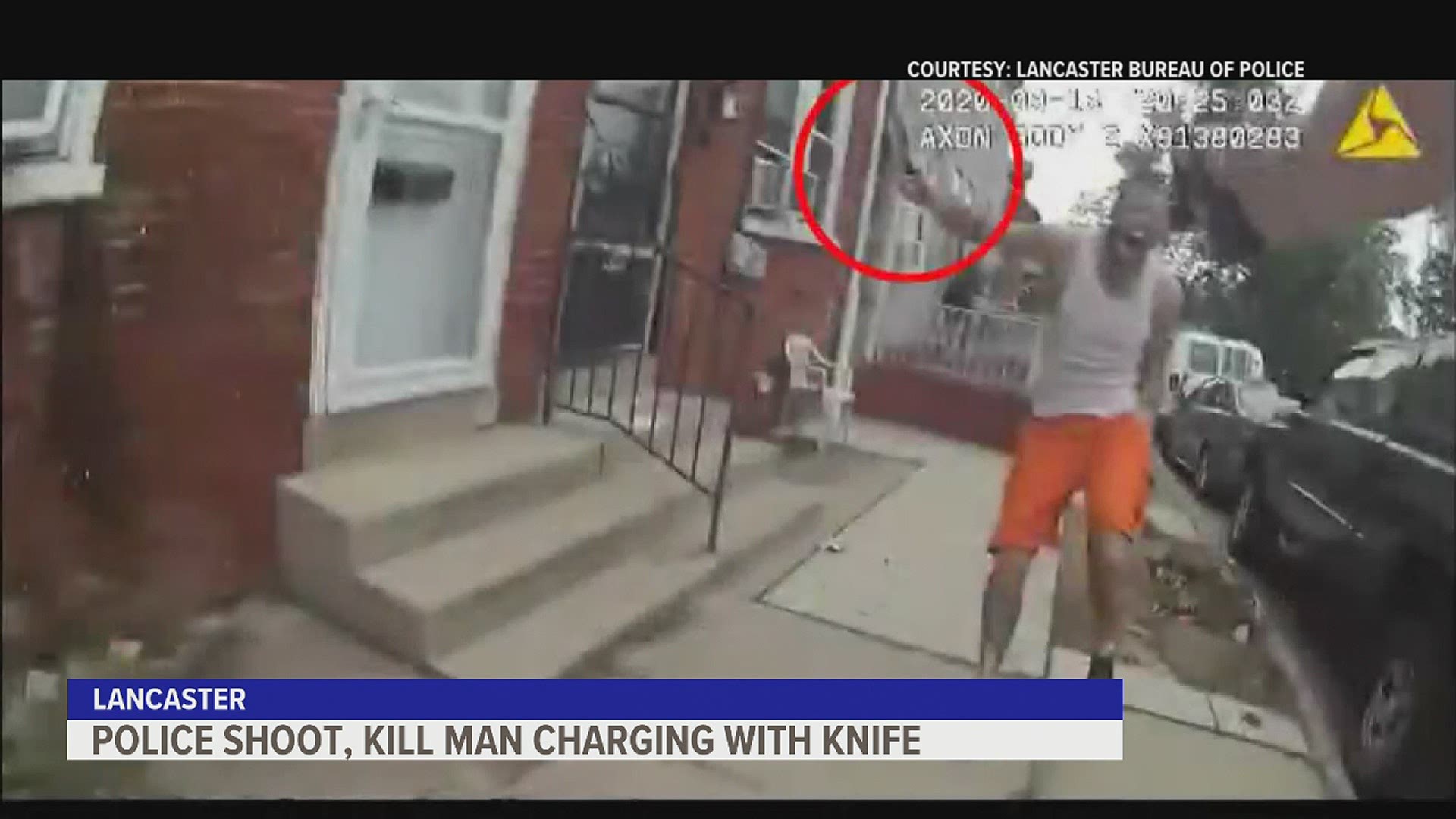 "A heartbreaking day for our city," said Mayor Sorace. "My heart breaks for Ricardo Munoz' family and the devastation it brought our community. A life was lost and lives were forever changed, including the officer involved."

Mayor Sorace said the shooting highlights the need for more mental and behavioral health programs across the state. However, she could not confirm if Munoz suffered from mental health illnesses.

"Many neighbors on the street were asking about the use of force and response to calls for service with calls that involve mental health," explained Sorace. "There have been a lot of circulating rumors about [Munoz'] various diagnoses. That has not been confirmed, and I will not speculate."

"I am clear beyond a doubt that we lack the tools, the resources, the expertise, and the capacity to do this on our own in the City of Lancaster," explained Sorace.

The Mayor would not go into specific detail on what led up to the shooting or what happened afterwards as it is under investigation by the Lancaster County District Attorney's Office.

The DA's office steps in to investigate officer-involved shootings and determines if the use of force is justified. The DA's office preliminary investigation shows Munoz ran at the officer with a knife in a "threatening manner." The officer's name has not been released by officials.

A man is dead after a police-involved shooting Sunday afternoon in Lancaster.

The incident happened on the 300 block of Laurel Street around 4:15 p.m.

Officers found 27-year-old Ricardo Munoz, who officials said had a knife on scene.

A Lancaster city police officer shot Munoz, according to officials.

The Lancaster County District Attorney’s Office released further details based on a preliminary investigation, which included a review of body camera footage.

Warning: the below video contains images that are graphic.

According to the D.A.'s office, the footage shows that when the officer got in front of a home near the scene, Munoz immediately emerged from inside and ran toward the officer, brandishing a knife above his head, in clear view, in a threatening manner.

The officer then fired. The gunfire did not strike anyone else.

The Lancaster County District Attorney’s Office said it investigates all officer-involved shootings in Lancaster County to determine if the force used by police was justified and if a crime occurred.

“A police-involved shooting has significant impact on a community, as we are seeing with the large number of individuals gathering in the streets,” said District Attorney Heather Adams, "However, I am asking that all reaction be tempered as the investigation is ongoing.”

Lancaster County detectives will continue to investigate, and District Attorney Heather Adams will make a final determination about the use of force once the investigation is complete.

“We will do our best to release details about the incident in a timely manner,” D.A. Adams said, "We ask that acts of protest remain peaceful as violence and destruction of property will become headlines and serve no purpose for the safety and well being of our citizens and neighborhoods."

“This has been a heartbreaking day for our city. I grieve for the loss of life and know that there are more questions to be answered as the investigation continues..."

Anyone who witnessed the incident or has information related to this investigation is urged to call the Lancaster County District Attorney’s Office at (717) 299-8100 or Lancaster City-County Crime Stoppers at 1-800-322-1913. You can also Text a Tip to Crime Stoppers by texting LANCS plus your message to 847411.

Tipsters may remain anonymous and do not have to give their names.