Some protesters started fires around D.C. going into Monday as tensions with police mounted during a third straight night of demonstrations. 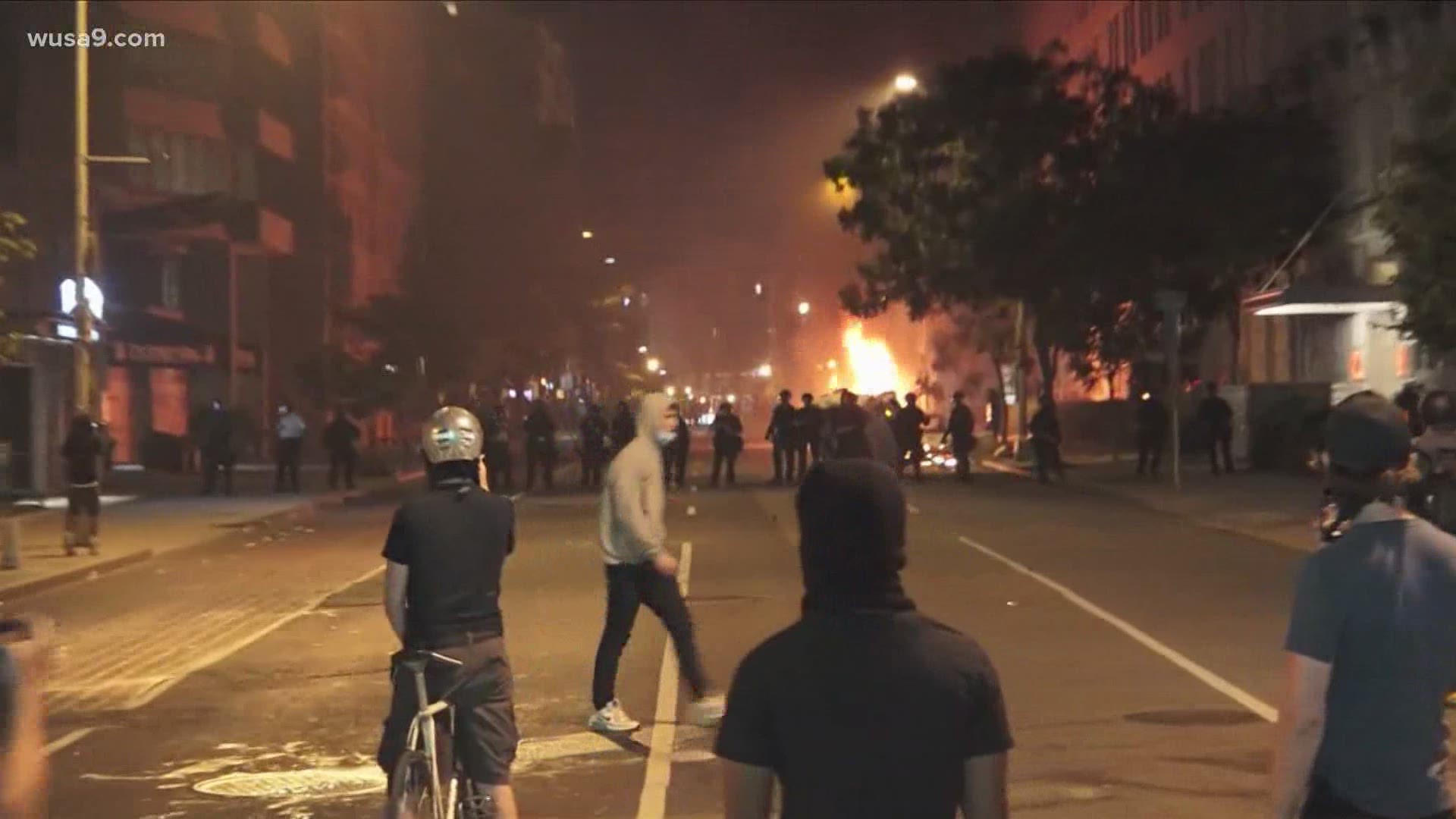 WASHINGTON — Daytime protest across the District started peacefully, from Howard University to Layfayette Park. But as night fell and D.C.'s curfew was activated, things changed greatly. From trash cans, cars, historic St. John's Church, and even some District buildings, saw flames lit to them.

In all, D.C. Fire said it responded to 554 calls, 117 of which were fire-related responses and other types of emergencies.

Some protesters started fires near the White House going into Monday as tensions with police mounted during a third straight night of demonstrations held in response to the death of George Floyd at police hands in Minnesota.

An hour before the 11 p.m. curfew, police fired a major barrage of tear gas stun grenades into the crowd of more than 1,000 people, largely clearing Lafayette Park across the street from the White House and scattering protesters into the street.

Protesters piled up road signs and plastic barriers and lit a raging fire in the middle of H Street. Some pulled an American flag from a nearby building and threw it into the blaze. Others added branches pulled from trees. A cinder block structure, on the north side of the park, that had bathrooms and a maintenance office, was engulfed in flames.

"D.C. bravest responded to 554 calls on Sunday. There were 143 critical and 204 non-critical EMS dispatches, and 117 fire-related incidents and other types of emergencies, including several structures first related to civil disorder, and a non-related working structure fire," said D.C. Fire in a statement.

The lobby of the AFL-CIO headquarters was also set on fire.

Protests erupted nationwide days after Floyd’s death calling for the arrests of all the officers involved after a Memorial Day viral video showed Floyd being pinned down by his neck by then-Minneapolis police officer Derek Chauvin. Floyd, who is repeatedly heard in the video saying he can't breath and asking for Chauvin to get off his neck, died that day.

D.C. was among cities across the nation who held protests Friday night demanding the remaining three officers involved in Floyd's death to be arrested and charged.

RELATED: The second wave of coronavirus cases could come sooner than expected. Here's why