This DC restaurant is accepting donations for Afghan refugees 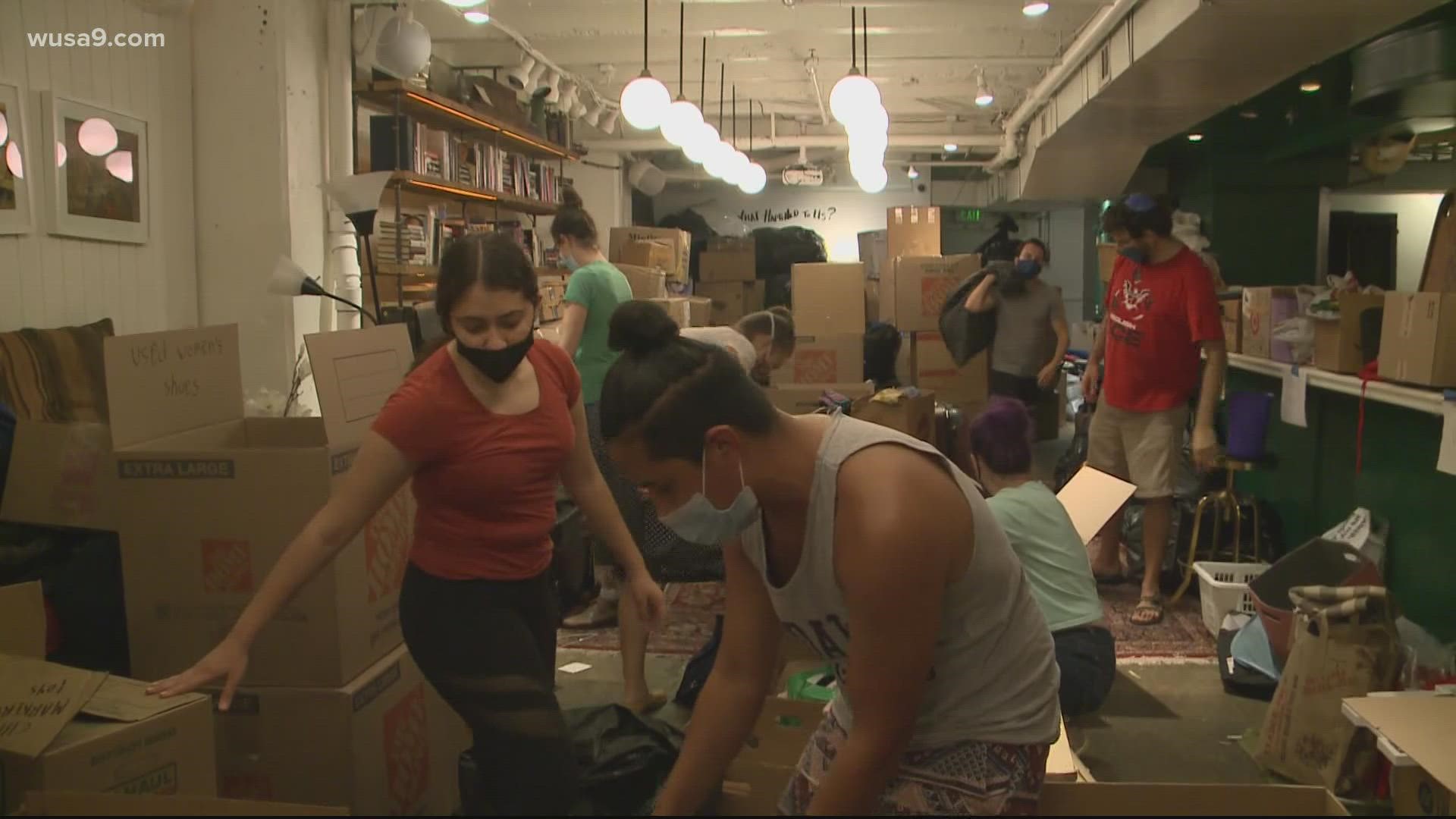 WASHINGTON — The crisis in Afghanistan means refugees fleeing the country are coming to communities in D.C., Maryland and Virginia to resettle. Many local charities have already stepped up to help those in need, and now a D.C. restaurant specializing in Afghan cuisine is doing the same.

Lapis, a Michelin-recognized bistro in the Adams Morgan neighborhood, put out a call for donations on its Instagram page earlier this week.

In the post, Lapis asked anyone who wants to donate supplies, including clothing, cleaning supplies, hygiene products like soap and deodorant, pillows, blankets, school supplies, and other products, to do so by dropping them off at their restaurant located at 1847 Columbia Road NW or The Berliner, at 3401 K Street NW.

"The outpour of love and support is just astonishing," co-owner Fatima Popal said. "We are truly, truly humbled by not only the donations but the people who are coming through here."

Fatima Popal said many of the volunteers who are spending their day in the basement of her family's business donated items themselves. Boxes filled with goods packed the room as two truckloads worth of items have already been shipped out as of Friday.

"We did it because we needed to do something and we couldn't sit idle," she said.

She admitted the support has been so overwhelming, keeping track of the number of volunteers and donated items has been hard.

They just keep on coming! An Adams Morgan restaurant has been overwhelmed with donations from the community after it announced collecting items for resettled Afghan families two days ago. Owners of Lapis say a neighbor even offered extra space to fit all the goods. @WUSA9 pic.twitter.com/zRIkUGozvc

A neighbor even donated extra space to help store the donations which will be delivered to families with the help of resettlement agencies.

"It feels really good to me to be a part of the community and support the work they're doing for our new community that's immigrating here," volunteer Miranda Beebe said. "I just knew it was a way we can all pull together and make sure the America we want them to know be represented that way."

Credit: WUSA9
Lapis in Adams Morgan is calling for donations of many household items, like cleaning supplies and linens, for refugees relocating from Afghanistan.

The restaurant says gift cards are recommended and welcome, anyone interested in providing a gift card should email fatima@thepopalgroup.com for more info.

RELATED: How you can help Afghan refugees

Lapis is a restaurant that understands what families in Afghanistan are going through right now.

Lapis' Chef Shamim Popal's family fled Afghanistan three decades ago during the Soviet invasion, according to the restaurant's website, "leaving family and possessions behind like many refugees before us."

The Popals have opened several restaurants since arriving in America, starting with Cafe Bonaparte in 2003, in Georgetown.

Credit: WUSA9
A sign on the restaurant door says they are no longer accepting used clothes, used bedding, old pots and pans and used undergarments.

The Taliban takeover in Afghanistan has devastated Fatima Popal who spent many years overseas coaching basketball and introducing a mobile money company to help with financial inclusion and economic and social development work. Since there are no banking sectors, the system allowed Afghans to easily move money electronically.

"My heart is in Afghanistan, you can't let go where you're born," she said. "To see it just get diminished so quickly like this was quite devastating."

President Joe Biden is pledging to Americans still trapped in Afghanistan that they will come home.

His comments at a White House news conference Friday come as the U.S. government struggles to ramp up a massive airlift clearing Americans and other foreigners and vulnerable Afghans through the Kabul airport, rescuing them from a Taliban takeover of the country.

RELATED: 5 DC restaurants awarded Michelin stars for the first time during a pandemic

RELATED: Afghan father helps allies from Virginia while fearing for family in Kabul