The House Committee on Oversight and Reform held a markup of H.R. 51 (the Washington, D.C. Admission Act) and voted 25-19 to advance the bill out of committee. 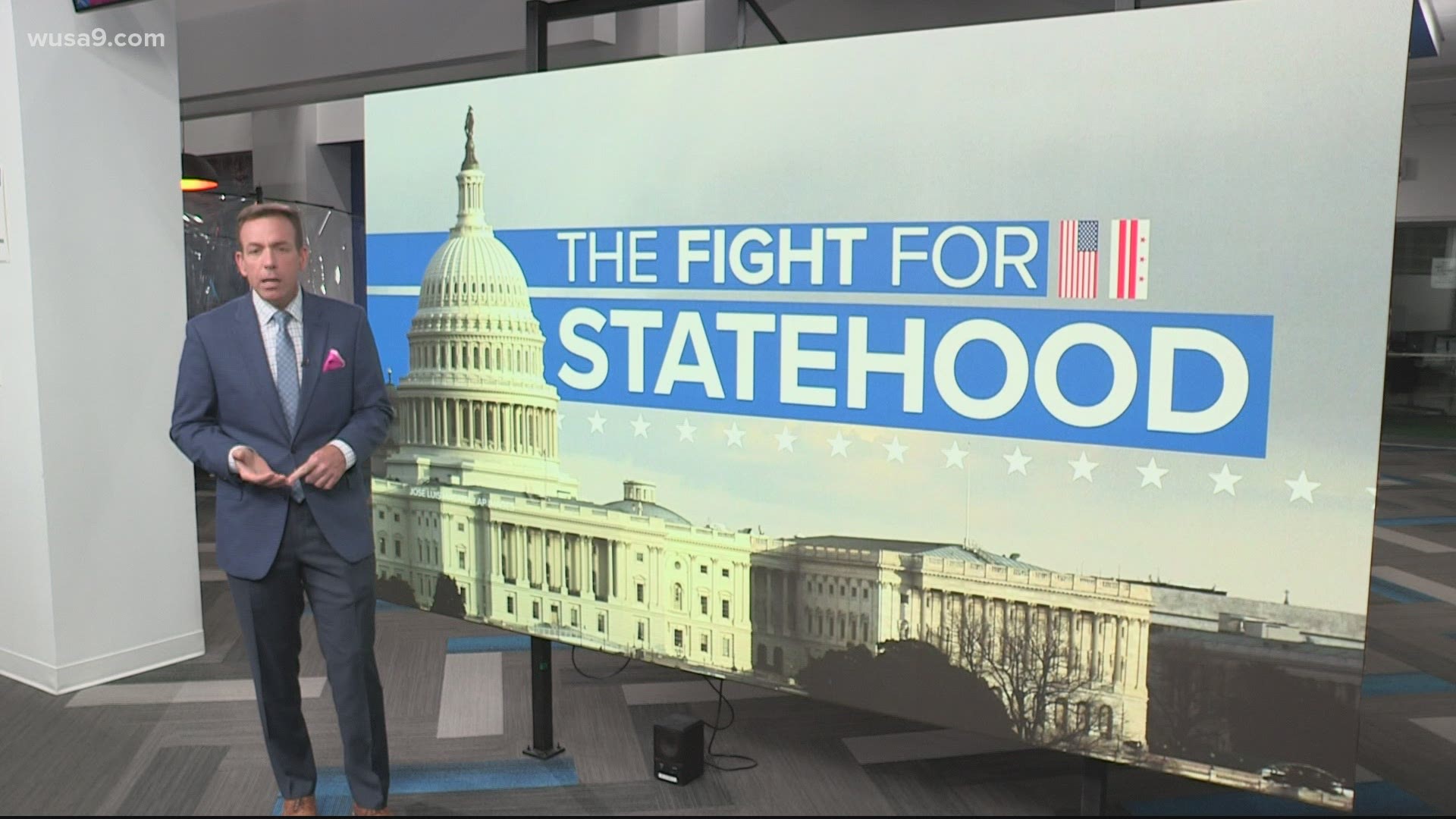 WASHINGTON — Legislation that could make D.C. the 51st state will now be sent to the House floor for a vote after it passed through committee Wednesday afternoon.

The House Committee on Oversight and Reform held a markup of H.R. 51 (the Washington, D.C. Admission Act) and voted 25-19 to advance the bill out of committee. Under the bill, D.C. would be renamed Washington Douglass Commonwealth, named after Frederick Douglass

“Today’s committee passage of the D.C. statehood bill is historic for the District, but to me it’s also personal,” D.C. Del. Eleanor Holmes Norton said. “My own family has lived in D.C. since my great-grandfather Richard Holmes, as a slave, walked away from a plantation in Virginia and made his way to D.C. almost 200 years ago. Richard Holmes made it as far as D.C., a walk to freedom but not to equal citizenship so far for our family.

D.C. Mayor Muriel Bowser, also a Democrat, has long argued that it's far past time for Washingtonians to have representation, with voting power, in Congress.

“As we get ready to celebrate DC Emancipation Day, we are reminded that Washingtonians are still not free and we will not be free until we have the representation in Congress that we deserve as taxpaying American citizens," the mayor said Wednesday in a statement. "But today we are one step closer to finally righting this 220-year-old wrong ... Last year, we came closer to DC statehood than ever before. Now, with another House vote just one week away and historic support for DC statehood in the Senate, we are ready to finally end the disenfranchisement of more than 700,000 Americans and make Washington, DC the 51st state.”

In a Senate that's frequently deadlocked between parties, representation for D.C. could tilt the balance in Democrats' favor. For that to happen, the statehood bill must first pass both the House and Senate, something it's never done before.

In 2020, the House passed a similar statehood bill but the Senate declined to take up the legislation. The Senate version of the D.C. Statehood bill is likely going to need the support of every single Democrat, unless a Republican were to cross the aisle and support it.

"With Democrats controlling the House, the Senate and the White House, we have never been closer to statehood," Norton said in a statement Wednesday.

According to D.C.'s shadow senator, Paul Strauss, Sen. John Hickenlooper and Sen. Jon Osoff have said they would co-sponsor the Senate version of the D.C. Statehood bill, which would put 45 of the 50 Senate Democrats as a firm yes. But Strauss said Joe Manchin (D-WV) isn't on board, right now.

"I've had some very encouraging conversations with Senator Manchin's team, and I look forward to being able to educate him further," Strauss said.

The last state to officially join the U.S. was Hawaii, back in 1959. Here's what the timeline looked like: