Chong Hu Lu said ever since he was attacked over a store policy, he continues to worry about how customers are going to act. 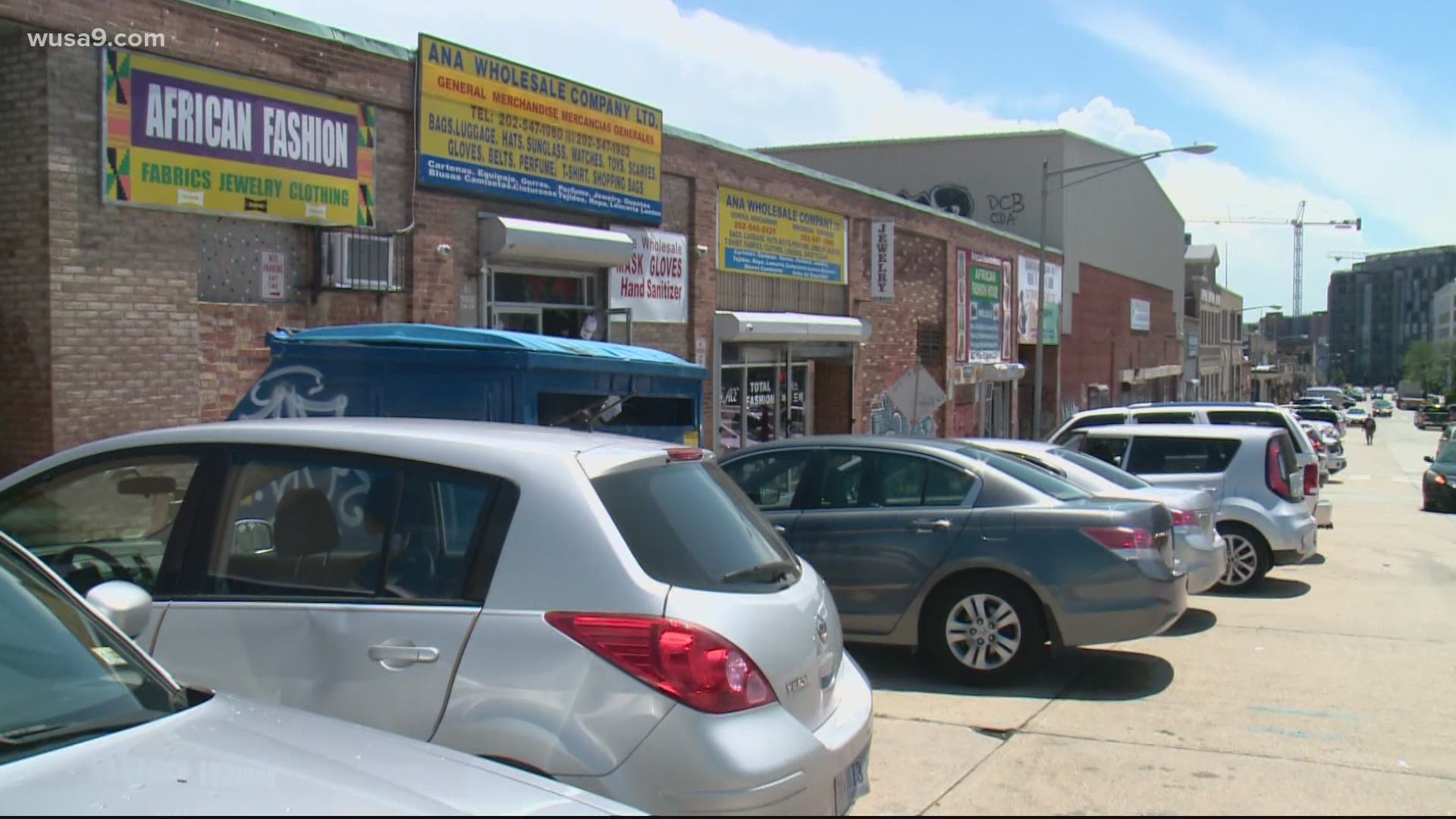 WASHINGTON — As the owner of Max Trading Corporation near Union Market for more than 20 years, Chong Hu Lu always felt safe until an incident in May has left him rattled.

In early May, a store surveillance camera captured a man punching Lu in the face. Lu said he was attacked when he told the man how the store policy prohibited him from opening the jewelry display cases.

Lu said the suspect began to throw punches at him while yelling the words “f****** Chinese” several times.

D.C. Police said the suspect is Samuel Delwyn Thomas of Cockeysville, Maryland. Thomas was charged with aggravated assault and police are reportedly investigating if the case is potentially motivated by hate or bias.

However, Lu told WUSA9 how he's worried because Thomas has already been released. Court documents revealed he's out on pretrial with his next court date being in December. He must check in with the Pretrial Services Agency every week and was ordered to stay away from the business.

"I received an email from the lawyer saying the guy was arrested and let go," Lu said with the help of a translator. "Now I'm worried. I've been worried with every single person that comes in."

While Lu said he's doing okay following 14 stitches to his face, his wife has been waking up scared. They both are now carrying a taser and pepper spray, a first since they opened their business. Up until the incident, the store has remained mostly safe.

"I don't know this guy but I'll never forget what he looks like," Lu said.

The attack happened as cases of discrimination and violence against the Asian American Pacific Islander community surged ever since the start of the pandemic.

The organization Stop AAPI Hate documented more than 6,600 incidents of hate from March 2020 to March 2021, although experts believe many other cases aren't being reported.

A most recent report from Stop AAPI Hate highlights the mental health crisis stemmed from anti-Asian hate incidents and listed the following findings:

A Pew Research Center survey in April also found 32% of Asian adults say they have feared someone might threaten or physically attack them, a much higher percentage compared to other racial or ethnic groups. About 81% of Asian adults also say violence against them is increasing, far surpassing the share of all U.S. adults who say the same.

As the investigation continues into Lu's case, police said the designation as a hate or bias-motivated crime doesn't mean that prosecutors will prosecute it as a hate crime. The Special Liaison Branch is assisting with this investigation.

RELATED: Police: Arrest made in assault of Asian store owner in Northeast DC