The lawsuit alleges that the use of chemical irritants to clear the streets for Trump's church photo op "violated the protesters’ First and Fourth Amendment rights." 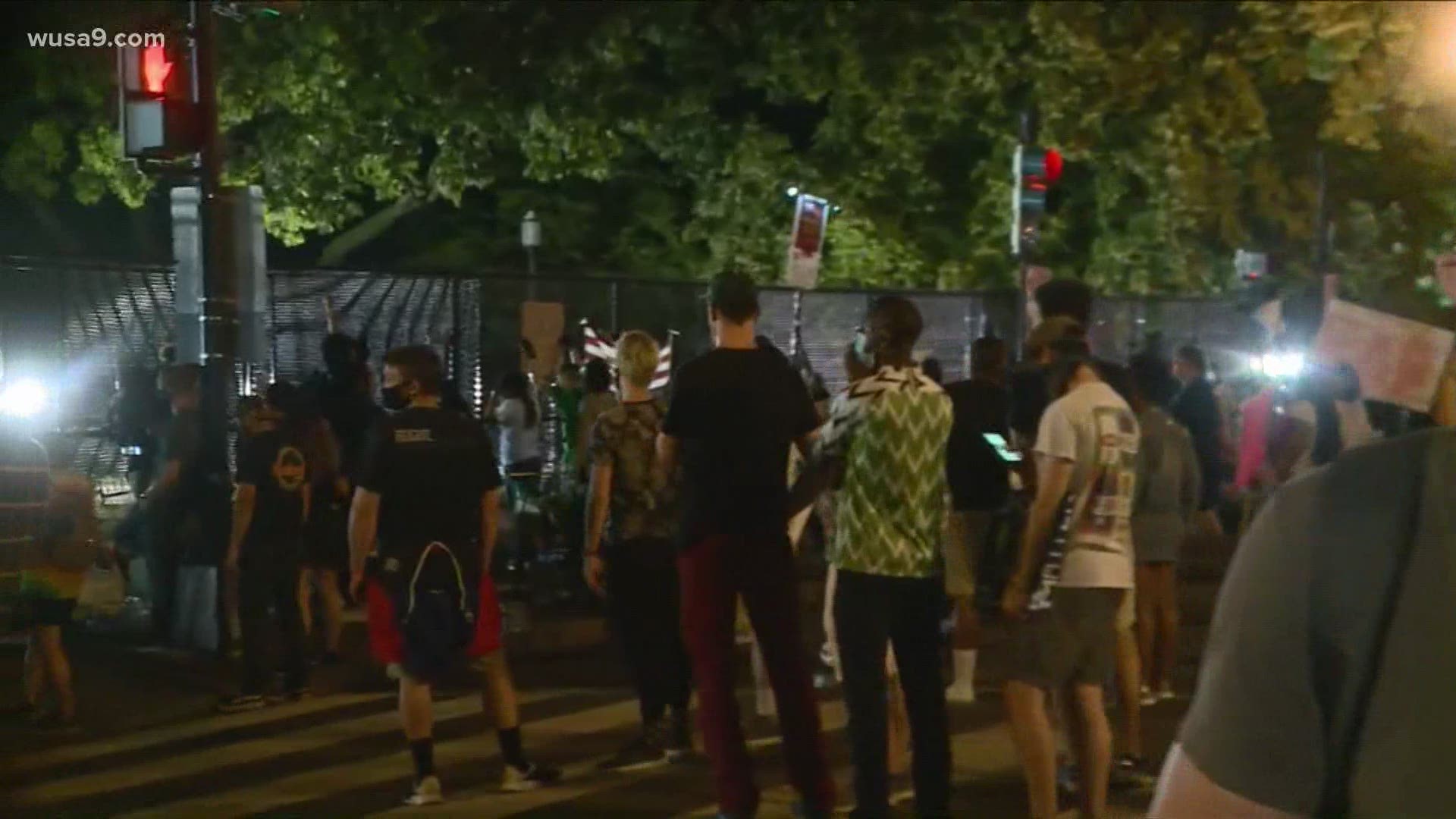 WASHINGTON — The American Civil Liberties Union filed a lawsuit against President Donald Trump, Attorney General William Barr, and numerous other federal officials for "violating [the] constitutional rights" of demonstrators who were protesting police brutality outside the White House Monday night.

According to WUSA9 reporters who were on scene and hit by tear gas and pepper bullets, federal law enforcement used chemical irritants to clear the streets of protesters around 6:30 p.m., 30 minutes before the citywide curfew went into effect. Just after 7 p.m., President Trump left the White House along with Attorney General William Barr and others in his administration to walk to St. John's Church, where he staged a brief photo op with a Bible in hand.

As of Thursday evening, US Park Police, Arlington Police, DC Metro Police and the Secret Service have all denied using any kind of tear gas in Lafayette Square.

RELATED: No law enforcement agency admits to using tear gas Monday, but tear gas canisters were found at the scene

The lawsuit, Black Lives Matter D.C. v. Trump, alleges that the use of "chemical irritants, rubber bullets, and sound cannons" to clear protesters from Lafayette Square to clear the streets for President Trump to walk to St. John's "violated the protesters’ First and Fourth Amendment rights, as well as engaged in a conspiracy to deny those rights."  Plaintiffs are seeking an order barring the administration from engaging in future such acts.

"What happened to our members Monday evening, here in the nation’s capital, was an affront to all our rights," April Goggans, core organizer of Black Lives Matter D.C. and the lead plaintiff in the case, said. "The death of George Floyd and Breonna Taylor at the hands of police officers has reignited the rage, pain, and deep sadness our community has suffered for generations. We won’t be silenced by tear gas and rubber bullets. Now is our time to be heard." 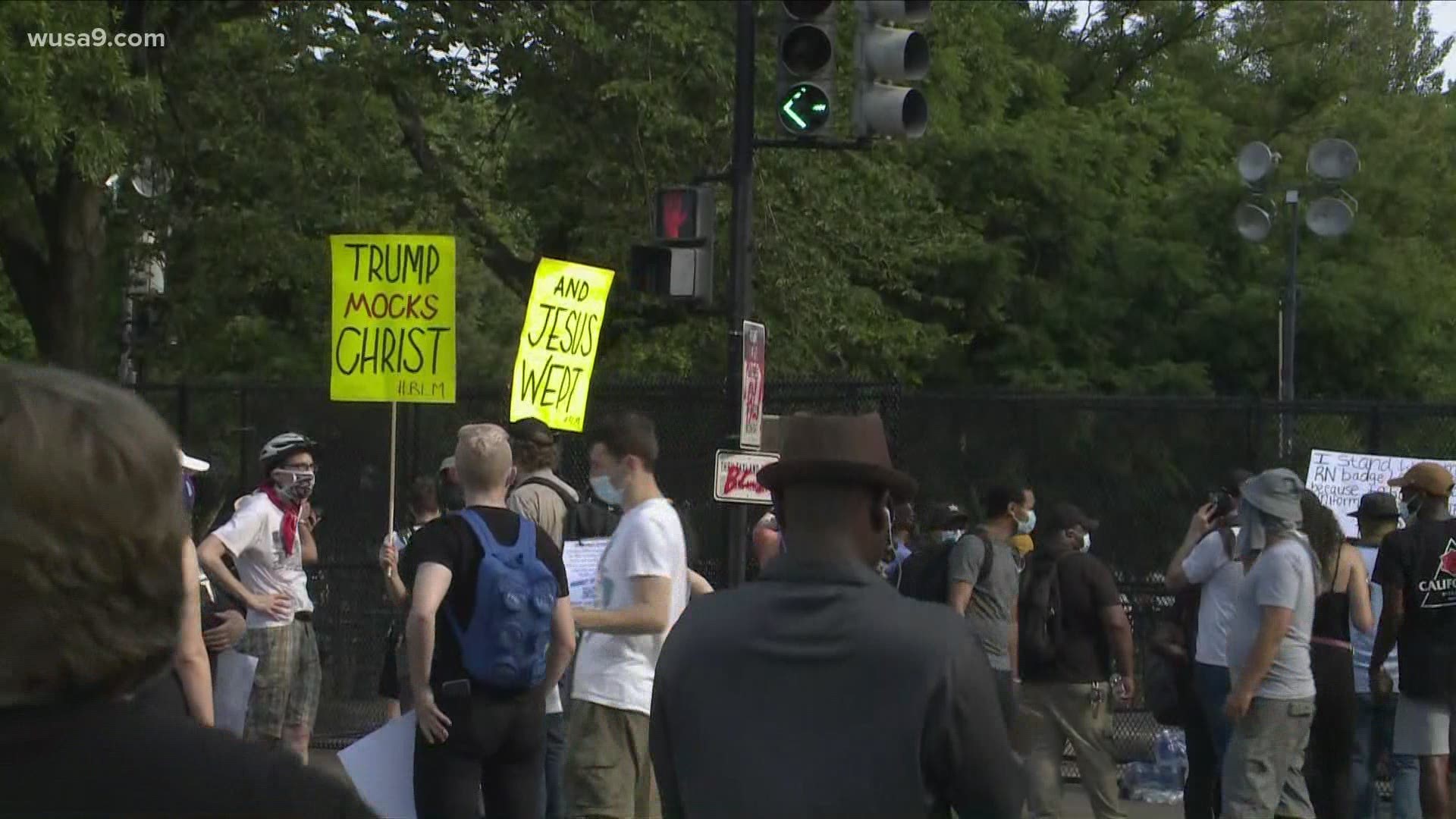 Since Monday, new security measures have been added outside the White House including additional fencing and concrete barriers added around the ellipse to further seal that area off from protesters and the public.

President Trump has defended his move to call in the National Guard to crack down on violent protesters, despite the fact that the protests have remained largely peaceful for the last few days with zero arrests Wednesday night.

"Right now I think the nation needs law and order," Trump said. "Because you have a bad group of people out there and they're using George Floyd and they're using a lot of other people to try and do some bad things."

The president has been clear since protests began in D.C. that he would not hesitate to authorize the use of force on protesters.

"Nobody came close to breaching the fence," Trump said on Twitter Saturday morning, following the first night of protests outside the White House. "If they had they would have been greeted with the most vicious dogs, and most ominous weapons, I have ever seen. That’s when people would have been really badly hurt, at least."

RELATED: As protests continue, fences outside the White House get taller