State Sen. Scott Martin plans to introduce resolution urging Congress to do away with changing of the clocks for the entire country. 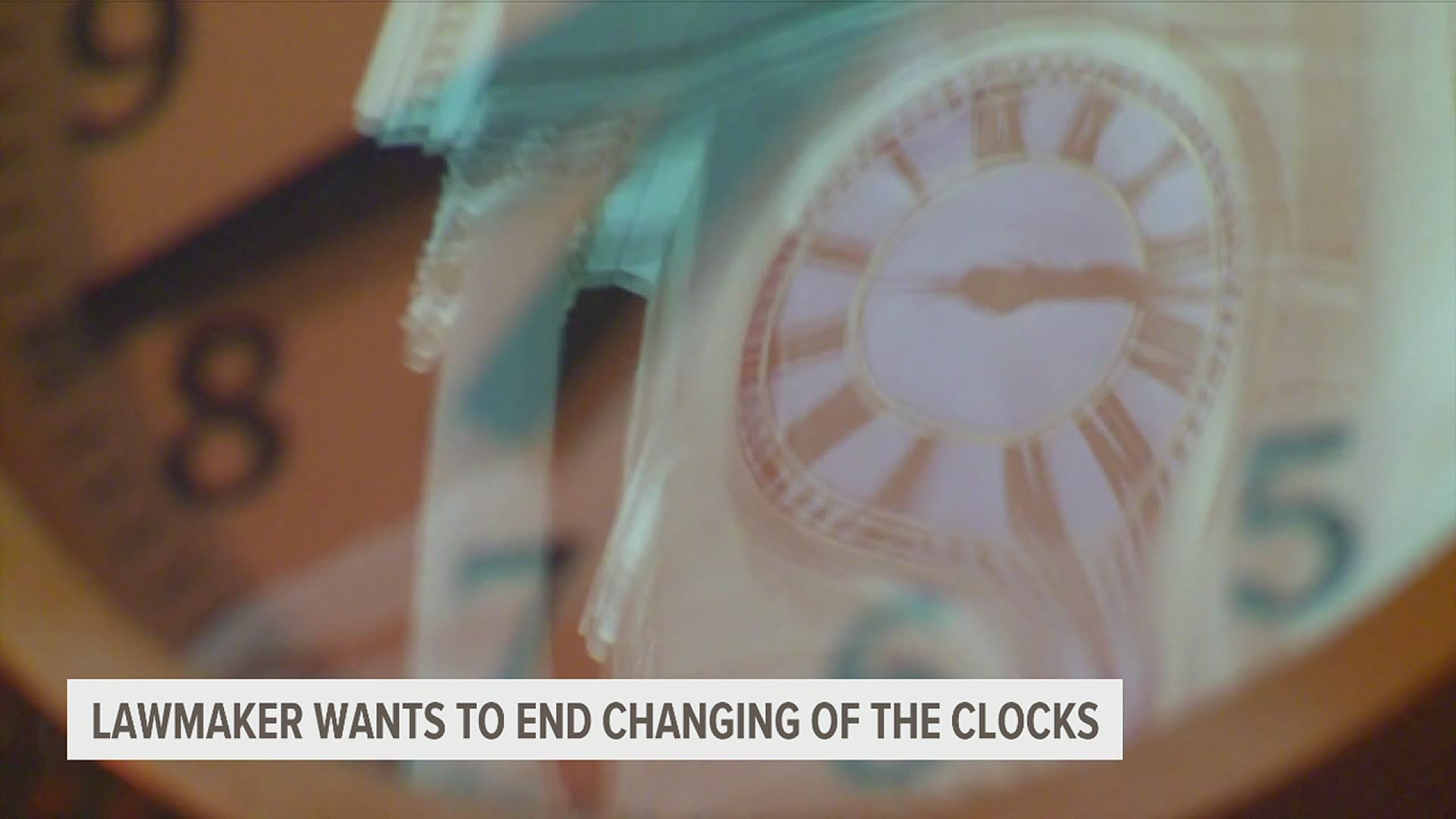 HARRISBURG, Pa. — In just a couple of weeks we'll move our clocks one hour ahead and Daylight Saving Time will begin. A state lawmaker wants it to be the last time we have to make the switch.

Sen. Martin told FOX43 many people believe DST began to help farmers, but that isn't true. It temporarily began during WWI as a fuel saving measure, was later briefly reinstated during WWII, and then made permanent for most American states in 1966 when President Johnson signed the Uniform Time Act.

Sen. Martin said, changing the clocks twice a year is also costly to Americans. It results in more car accidents, work related injuries, a higher risk of stroke and heart attacks, and costs the U.S. hundreds of millions of dollars in lost productivity.

"I have heard from the vast majority of my constituents, now they may differ on if we stay on daylight saving time or standard time, I do hear differences there and different arguments," said Sen. Martin. "One thing every single person agrees upon is this changing of the clocks and what it does to our families, our kids, and our health."

There currently is a bill in the U.S. House called the Sunshine Protection Act of 2021 that would make Daylight Saving Time the new, permanent standard time. Currently, Hawaii and Arizona. There have also been more than a dozen states that have passed legislation supporting the U.S. move to not having to change clocks twice a year.

Sen. Martin told FOX43, right now he thinks the best option is for the U.S. Congress to act on DST legislation, but says, if down the road nothing is passed, he would consider introducing legislation that would make it permanent in Pennsylvania.