The victim of Tuesday's attack said he was not injured, but is receiving rabies shots as a precaution 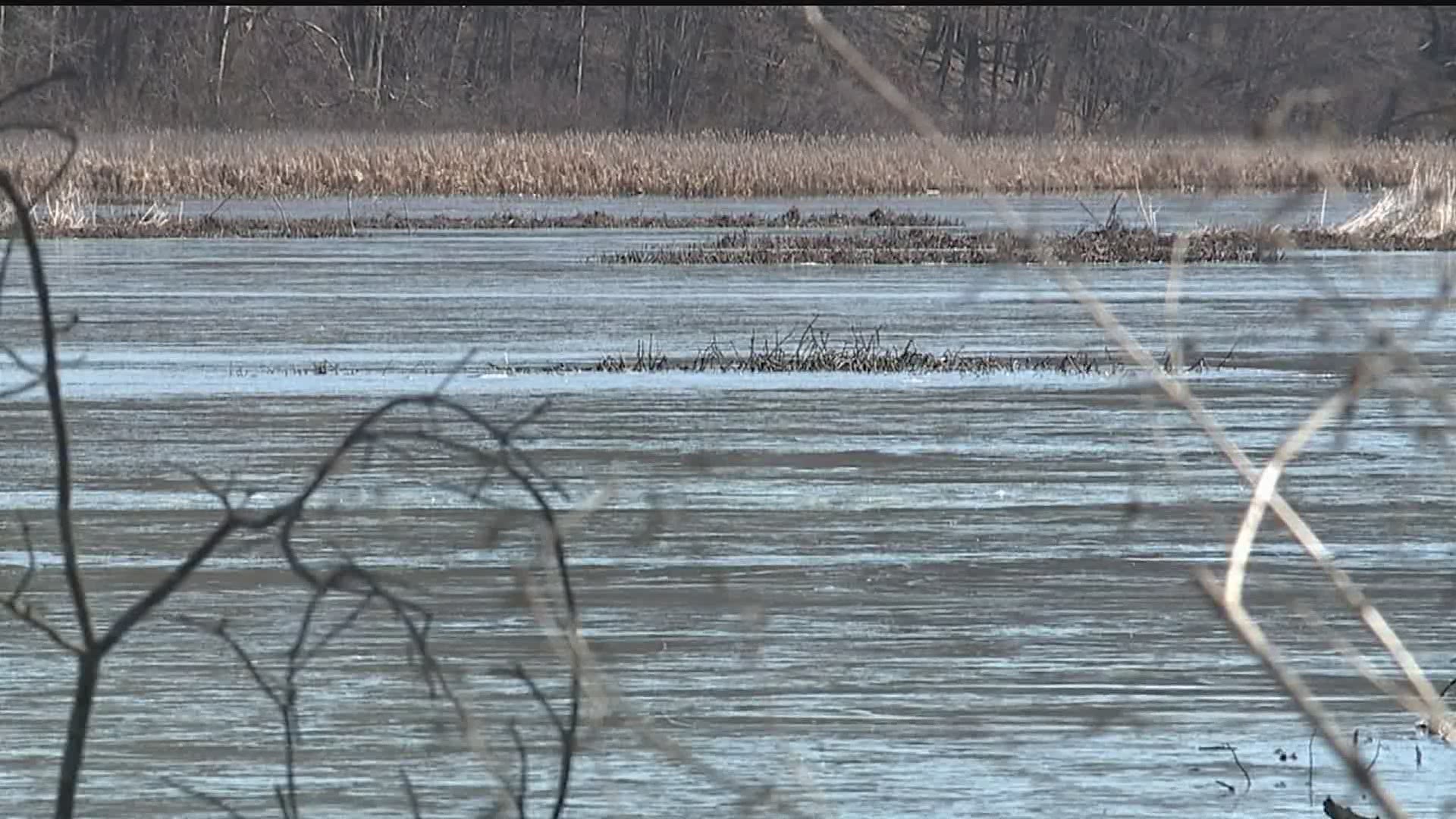 HARRISBURG, Pa. — Wildwood Park officials are reminding everyone who comes to the park this weekend to stay vigilant for any animals that may be acting strangely.

Park officials have spent the week walking the park looking for anything unusual after a man was attacked by a rabid raccoon at the park on February 18.

The victim of that attack spoke to FOX43, but did not want to release his identity or speak on camera.

The victim said he was fishing at the middle lot when he heard his wife yell a warning to him about an animal that was approaching.

He said that animal, a raccoon, attacked the back of his pant legs.

The victim said he hit the raccoon with his fishing rod, which he said made the animal bite into the fishing pole. The man said the animal then ran off into the woods.

RELATED: Department of Health warns of dangers of exposure to rabid raccoon in Dauphin County

The victim said he was not seriously hurt, and the raccoon was not able to scratch through his heavy pants.

But, he said, he is receiving rabies shots as a precaution.

Park officials arrived after the man contacted them, and followed the animal at a safe distance.

Harrisburg animal control officials responded to the scene and said the animal was killed.

“If you see a wild animal, observe the behavior," said Wildwood Park manager Chris Rebert. "Is it acting differently? That’s the main cue with rabies. Or, is it doing something it should be doing? For example, a raccoon out in the middle of the day.”

Rebert added that it is important to keep pets at a close distance, and make sure their rabies vaccinations are up to date.

Anyone who believes they were exposed to the animal is encouraged to call either the Dauphin County State Health Center on Monday through Friday from 8:00 a.m. to 4:30 p.m. They can be reached at (717) 346-1470 or at 1-877-PA-HEALTH for after hours calls.

Anyone with a pet who may have been exposed to the animal is asked to contact their veterinarian for advice on how to protect their pet and family.

In the meantime, Rebert said, Wildwood Park plans to use this experience as a teaching opportunity. They are planning an education event in April as part of their wetland festival.