Physical education teacher Jason Berry did not violate any federal laws and was practicing his right to free speech by going to the rally, the district said. 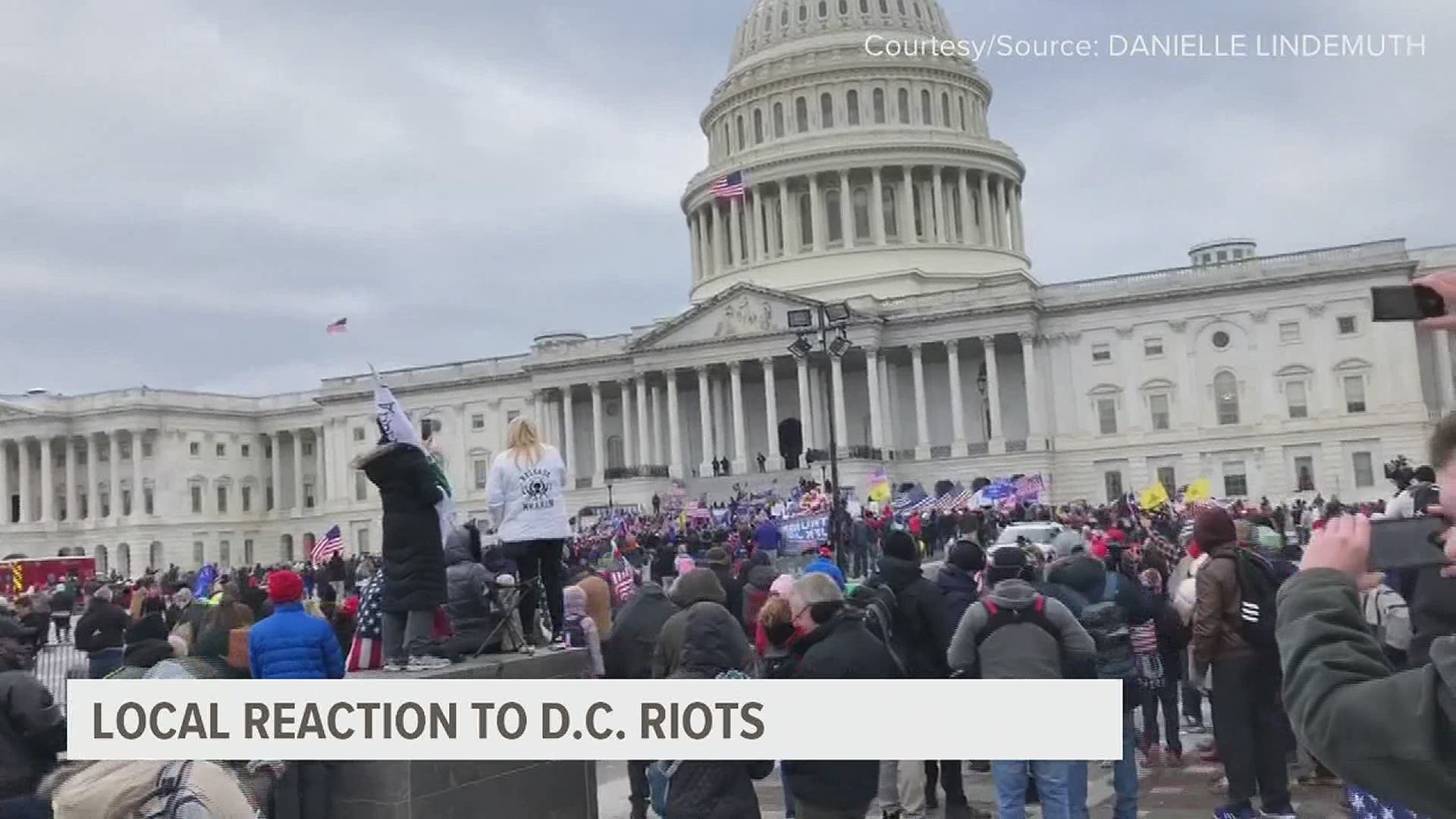 A teacher in the Susquehanna Township School District did not violate any district policies when he traveled to and participated in the January 6 rally for former President Donald Trump in Washington, D.C., the school district said Friday in a press release.

Jason Berry appropriately requested the use of leave days and did not break any federal laws against engaging in or conspiring to engage in any seditious acts, the school district determined.

Therefore, Berry's actions in attending the rally were protected by the First Amendment, the district said. The physical education teacher cooperated fully with an investigation launched by the district after "many individuals...expressed their concern and dismay" over his participation in the rally, the school district said.

"While the district does not generally comment on personnel matters, these extraordinary circumstances -- and the plainly expressed concerns of the community -- deserve both recognition and a further explanation," the school district said Friday in a press release.

"The First Amendment to the United States Constitution -- which the District, as a governmental employer, is legally compelled to observe -- protects the right to free speech, religion and association," the school district said. "Meaning that, on their private time, a government employee can, with very few narrow exceptions, speak, associate and exercise their religious beliefs without being sanctioned or punished by their governmental employer.

"As to the facts, the Susquehanna Township School District has investigated this matter to the best of its ability as an employer and determined that —based on the information presently available to it — Mr. Berry’s actions did not violate District policy.

"As such, Mr. Berry’s actions were protected by the First Amendment to the United States Constitution which the District, as a governmental employer, is legally compelled to observe. However, it must be understood that, if additional credible facts subsequently arise, the District may reopen this matter."

The school district investigated Berry's actions after receiving several written complaints. Pennlive.com reported that an online petition was circulated to have Berry fired.

Berry, who has taught in the school district for seven years, told Pennlive in the days after the rally that he attended with a Christian group to pray for the country and did not do anything illegal.

“Christian friends went with me to pray in DC and we did just that,” Berry told Pennlive. “We prayed and worshiped Jesus. We were not part of the small percentage of people that raided the capital building, but rather the millions of people that gathered together peacefully. Footage of us praying and worshipping God was aired on a Christian News Network.”

The school district said it acknowledges the "expressions of concern" from those troubled by a teacher's participation in the rally.

"While a public employee’s right to free speech and association is protected by law, this neither compels the District nor any individual to agree with or be associated with that employee’s own private and personal choices," the district said. "That is the choice of each individual citizen and every person should exercise that choice lawfully, according to the dictates of their own conscience."

Dr. Tamara Willis, Superintendent, stated, “The District steadfastly opposes any unlawful or seditious actions designed to overthrow or obstruct the transfer of power in our democratic republic” or to unlawfully restrict the rights of any community.

“This District will continue its commitment to produce citizens that understand their worth, lawfully exercise their rights and who stand for the proposition that everyone—no matter their race, ethnicity, religion, gender, sexual orientation, socioeconomic status, language ability, disability, or other identities--deserves to be respected and valued.”