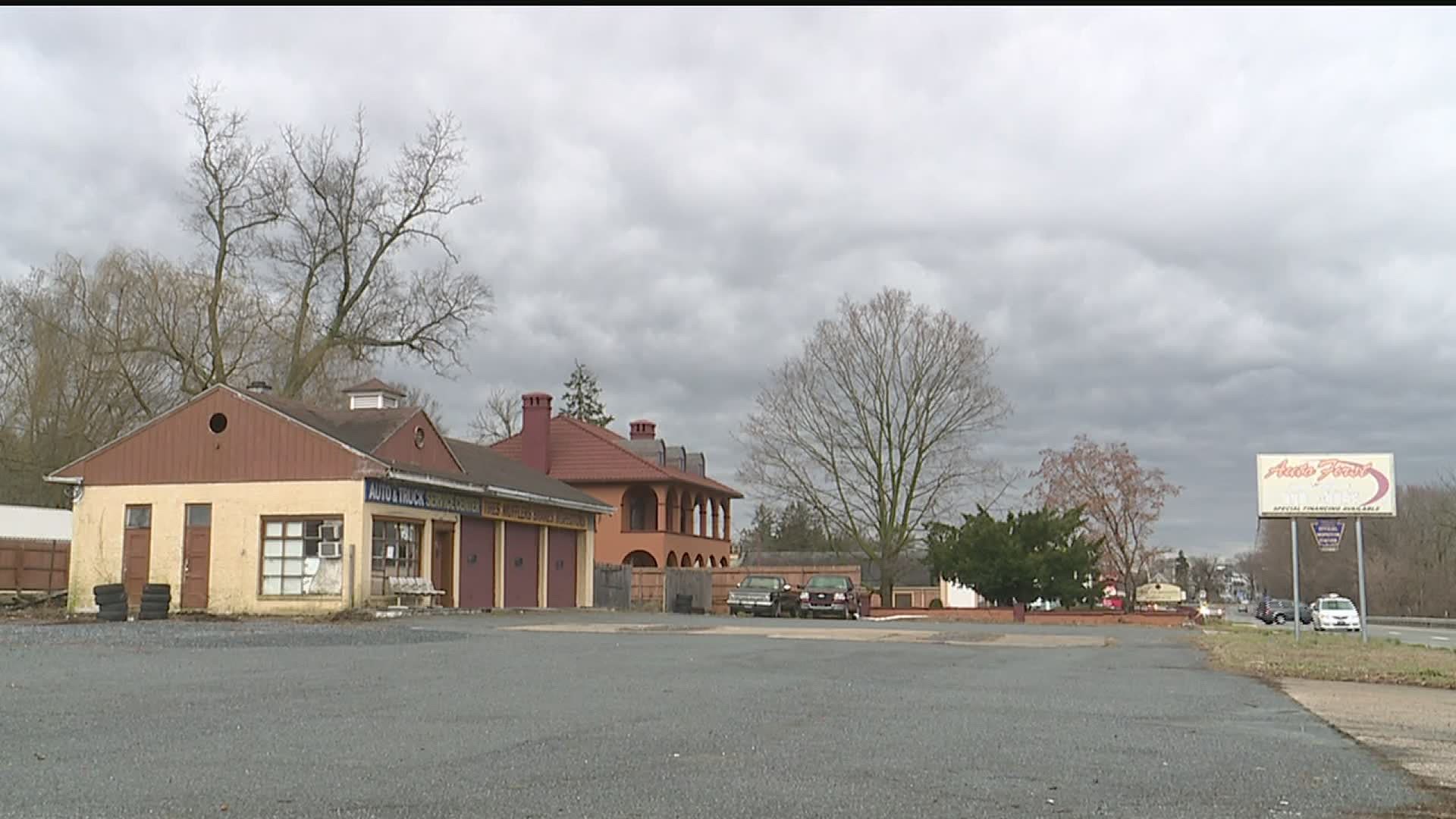 A jawbone, broken in two pieces, was discovered around 8 a.m., said Dauphin County Coroner Graham Hetrick, after maintenance workers reported it to police.

The lot, a former auto dealership, has been abandoned at least 10 years. The building on the lot is now in disrepair, while empty cars tires sit on the pavement. Tufts of weeds poke out in some places.

"It's always been a little bit of a shady area. Just random cars," said Jared Eby, who was visiting his parents' house less than a block away.

The discovery of the bones convinced Eby to beef up his parents' home security.

"I think it's pretty scary," he said. "I think I'll be pushing them a little harder to get their camera for their doorbell."

Other neighbors were also concerned.

"You don't expect it. I've been in this neighborhood since 1974," said Mark Fisher.

The identity of the remains is unknown and under investigation. Teeth were still intact in the jawbone, Hetrick said, so a forensic odontologist will study them to glean more details. Forensic experts may also be able to get a DNA profile from the roots of the teeth.

The property's manager said he installed security cameras two days prior to the discovery, in order to record people who had been illegally dumping tires there. However, it was too late to find out how the jaw ended up in the lot.